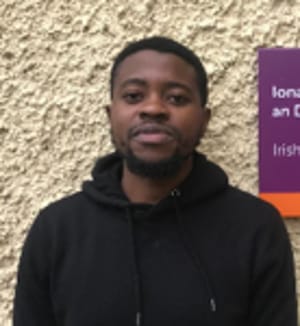 Opinion: while Uganda has come a long way in tackling human trafficking, there is still much more to do

According to UNHCR data, Uganda is Africa's largest refugee receiving country. However, the country also battles with the scourge of human trafficking and is a source, transit and destination country. As a source country, Ugandan nationals are trafficked mainly to UAE, Oman, Jordan and Saudi Arabia primarily for labour and sexual exploitation. Uganda is also a significant transit route for East African victims of trafficking, with Indian and Bangladeshi nationals being trafficked to South Africa. As a destination country, nationals from East African states are trafficked to Uganda for different forms of exploitation, especially sexual and labour exploitation.

The phenomenon of human trafficking in Uganda is both transnational and internal. Men, women, and children (boys and girls) are trafficked from rural communities in Uganda to larger cities like Kampala for labour and sexual exploitation. Children are mostly trafficked from the Northern Karamoja region to other larger cities for exploitation in street begging, hawking, and prostitution.

Why is trafficking so prevalent in Uganda?

Uganda has a population of about 45 million people with an average age of 15.9 years, making Uganda's population one of the youngest globally. However, the absence of adequate employment opportunities, quality education and social welfare structures to effectively cater for a young population leaves Ugandans, especially those living in rural and underserved areas, vulnerable to exploitation.

From Big Think, how Ugandan Agnes Igoye is fighting human trafficking in Uganda

Seeking better opportunities, Ugandan youths migrate to Gulf States to work as labourers, security officers, receptionist, domestic staff, construction workers and nannies among others. This puts Ugandan labour migrants at the risk of exploitation by human trafficking syndicates. To protect its citizens, the Ugandan government introduced the Labour Externalisation Programme as a means to help Ugandans access safe, formal and regular pathways to employment abroad.

Despite this, there have been several reports of Ugandans being forced to work in slavery-like and exploitative conditions on arrival at their destination which sometimes leads to death. These reports have not stopped labour externalisation, as a Uganda Association of External Recruitment Agencies report states that there are over 150,000 Ugandans working in the Middle East generating over $500 million annually in diaspora remittances.

Asides from the push and pull factors, the movement and forced displacement of large numbers of people in situations of extreme poverty, creates conditions of increased vulnerability where exploitation thrives. Trafficking networks do not only target Ugandan nationals, as refugees living in camps in Northern Uganda and in settlements in and around Kampala are particularly vulnerable to targeting by trafficking networks.

Although the problem of human trafficking in Uganda pales significantly in comparison to other countries in the East and Horn of Africa region, the Ugandan government has nonetheless, taken several steps to combat trafficking. Counter-trafficking in Uganda is multifaceted and attracts different stakeholders from both the public sector and civil society.

In 2009, the Ugandan government implemented the Prevention of Trafficking in Persons Act (PTIP Act), which deals with the prosecution of offenders, as well as the protection of the rights of victims and survivors of trafficking. According to the US State Department TIP Report, the prosecution of offenders has markedly increased since the adoption of the Act from three prosecutions with just one conviction in 2009 to a record high of 50 prosecutions and 24 convictions in 2017. The government has also embarked on an intensive prevention campaign through activities such as, public sensitisation, licensing and registration of labour recruitment agencies, capacity building and training of government officials in the criminal justice system and enactment of bilateral labour agreements with destination states.

These counter-trafficking efforts have been disproportionately focused on a criminal justice approach (ie the prosecution of offenders), with limited attention paid to protection of the rights of victims and survivors or addressing root causes. A rights and protection-based approach to counter-trafficking focuses on protecting the victims by providing psycho-social care, shelter, educational support, financial and household empowerment, and legal aid.

To harmonise these different approaches, section 21 of the PTIP Act creates the Coordination Office for Prevention of Trafficking in Persons (COPTIP) to co-ordinate counter-trafficking efforts between the government and civil society organisations. Since the creation of this office, the Ugandan government has made considerable progress in counter-trafficking such as the development and implementation of a National Action Plan for the Prevention of Trafficking in Persons.

From RTÉ Radio 1's News At One, Edward Keegan, Anti-trafficking Coordinator with the Immigrant Council of Ireland, discusses US State Department's report on human trafficking

But despite the advances made in the development of counter-trafficking frameworks, the implementation is limited and risks of exposure to exploitation by trafficking syndicates still remain. A considerable number of public officials are still unaware of the PTIP Act, Ugandans still travel abroad daily for work in the Middle East and children are still trafficked to work on the streets. While Uganda has come a long way in countering human trafficking, there is still more to do to eradicate trafficking in the country.

Favour Offia is a researcher at the Irish Centre for Human Rights in the School of Law at NUI Galway. He is working on an Irish Aid and Irish Research Council co-founded COALESCE project on Human Trafficking, Forced Migration and …