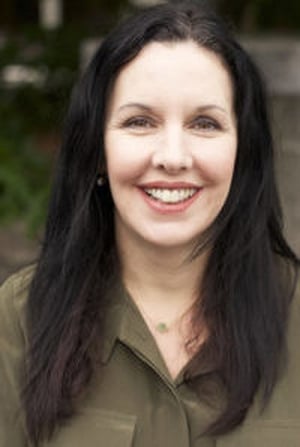 Analysis: the overlooked story of "the single greatest influence in Irish theatre since the 60s"

Eleanora Deirdre O'Connell was born to Irish immigrant parents on June 16th 1939 in the South Bronx district of New York City. One of five siblings, her father Michael J. O’Connell was born in Glengala, Sligo and her mother, Nellie Taafe, came from Banteer in Cork.

During this time, one of O'Connell's room-mates was Barbra Streisand and alumni of the Actor’s Studio where she became a life-long member included Marlon Brando and Marilyn Monroe. By 1963, the 23 year old had completed her education in theatre and had a great career ahead, when she had a calling to go to Ireland.

Arriving in Dublin, her main aim was to establish a full-time repertory company "and the only way to start a company was to train one". O'Connell set up the Stanislavski Acting Studio in order to train actors and directors in the Stanislavski system and, more importantly, to lay the foundation for a permanent repertory company, which led to the founding of the Focus Theatre four years later.

O'Connell started her "acting studios" at the Pocket Theatre in Ely Place. Her introduction to Ireland of the Stanislavski system, the first actor-training studio of its kind in Ireland, was seen as a radical style of training, emphasising the creative role of the actor and insisting on group or ensemble teamwork as the essence of good theatre.This emphasis on ensemble became the hallmark of many Focus productions as observed in a 1992 review The Irish Times of Jean Genet's The Balcony: "superb acting, a strong sense of ensemble playing’’.

During this period, O'Connell worked as a singer and actor in order to raise money for a permanent theatre space. As a "noted ballad and folk singer", she sang in various clubs in England. On one of her visits home to run the Stanislavski studios, she met Luke Kelly, a member of The Dubliners in O'Donoghue’s pub. They were married on June 21st 1965 and her bridesmaid was her friend and fellow studio member Sabina Coyne Higgins.

O'Connell continued singing, returning to New York on several occasions to raise money for the new Focus Theatre. In 1967, Declan Burke-Kennedy found a permanent premises in a lane off Pembroke Street in the shape of an empty and abandoned clothing-label factory space that was in a considerable state of disrepair. A lease was taken out and a fund-raising campaign launched to raise £3,000 required to convert the disused space into a 72-seat theatre. Money came from donations and subscriptions and a grant from The Arts Council.

With assistance from Burke-Kennedy Architects, the derelict site was transformed into a working theatre space. The Dublin Focus Theatre incorporating the Stanislavski Studio was officially opened on September 29th 1967 at 6 Pembroke Place with a production of Play with a Tiger by Doris Lessing, which ran for four weeks.

O'Connell worked as artistic director of the Focus Theatre and Stanislavski Studio from 1967 until her death in 2001, as well as acting in most of the major productions presented. In 1986, she received the Harvey’s Theatre Award for Outstanding Contribution to Irish Theatre. Another success for Focus was Diary of a Madman adapted from the work of Nikolai Gogol and performed by Focus actor Tim McDonnell, with O'Connell directing. The play ran at the Project Arts Centre for the Dublin Theatre Festival in 1987 and McDonnell won the Harvey’s Award for Best Actor. In 1988, the play transferred to the Peacock Theatre, Dublin and then to the Irish Arts Center, New York, where it received excellent reviews and McDonnell won a Best Actor Obie award.

Throughout the 1990s, Focus Theatre continued to produce plays ranging from 19th century classics to contemporary world drama. The last play O'Connell acted in was the hugely successful The House of Bernarda Alba by Federico García Lorca, which ran for nine weeks in 1999. Reviewing the production in The Irish Times, Gerry Colgan said O’Connell gave "a towering performance" as Bernarda. Nine of the ten cast members, and director Jayne Snow, trained at the Stanislavski Studio.

O'Connell died suddenly at her home in Dartmouth Square on June 10th 2001 four years after Focus Theatre celebrated "30 Years of Magic". Her funeral service was held in Whitehall Church where she had married Luke Kelly. Following a service attended by several hundred people, she was buried in Glasnevin Cemetery.

An artist of the highest calibre, O'Connell was mourned and missed by many friends and associates both personally and professionally. The Focus has played an invaluable role in Irish theatre over the years presenting over 300 plays, and the Stanislavski Studio made a significant contribution by providing a unique training to a large number of actors and directors. Many of Ireland’s leading theatre and film artists started their careers at Focus under the direction of Deirdre including Gabriel Byrne, Olwen Fouéré, Margaret Toomey, Tom Hickey, Oscar-winner Joan Bergin and Mary Elizabeth Burke-Kennedy. President of Ireland,  Michael D Higgins  has said that O’Connell was "the single greatest influence in Irish Theatre since the 60s". 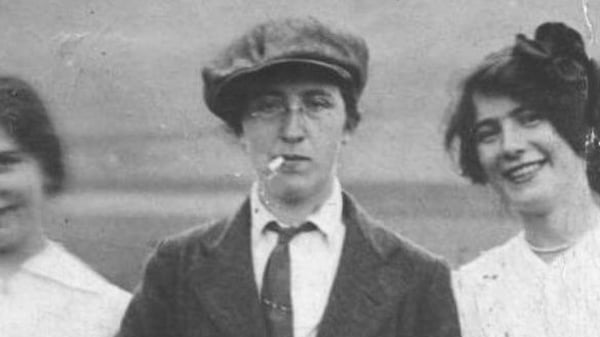 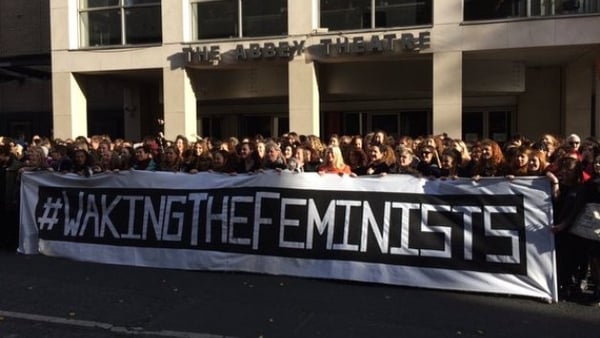 How Waking the Feminists set an equality agenda for Irish theatre