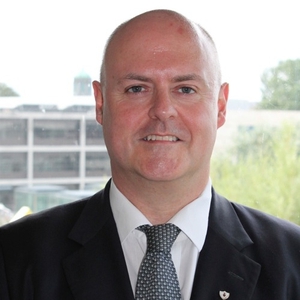 Analysis: it took Irish courts and legislators until the 1970s to restore women's equal rights to serve on juries

For most of its 800 year history, the jury has been an almost exclusively male domain. Until the early 20th century, a woman could serve as a juror only on a jury of matrons, usually empanelled to determine whether a condemned woman was pregnant.

The 1916 Proclamation promised to cherish all the children of the nation equally, but it was a statute enacted in 1919 by parliament in London which allowed women to serve on juries. From then on, women who met the eligibility criteria (based on property ownership) were to be included in the lists of jurors prepared annually in each county (known as Jurors' Books). In 1921, women began serving on Irish juries. In that year, women made up 12% of the eligible jurors in Co Limerick and 15% of those in Co Tipperary in 1923. In the same year in parts of Dublin, women accounted for more than one-third of eligible jurors.

However, this was a bad time to introduce changes to the jury system: Ireland was in the midst of the War of Independence. Republicans expected litigants to make use of the non-jury republican courts established by Dáil Éireann, and the IRA "encouraged" people to ignore official jury summonses.

Upon the foundation of the Irish Free State in 1922, Ireland was free to design a new judicial system that retained or dispensed with any aspect of the pre-Independence system. Nationalists had long complained of the operation of the jury system, and the Dáil courts had operated successfully without recourse to juries. It is perhaps surprising then that a constitutional committee formed in 1922 endorsed, apparently without much discussion, the principle of jury trial in criminal cases. This endorsement found its expression in Article 72 of the Free State Constitution and the pre-Independence jury laws, including the 1919 statute that allowed women to serve on juries, continued in force in the Free State.

From an early stage, though, it became apparent that the presence of women on Irish juries was under threat. Minister for Justice Kevin O'Higgins viewed the 1919 Act as a foreign instrument that had never been popular in Ireland. In 1924, he introduced the Juries (Amendment) Act which allowed eligible women to seek an exemption from jury service. Virtually all applications were granted and the effect was dramatic. Within one month of the act being signed into law, the number of women who remained on the Jurors’ Books around the country had fallen by 80%.

From RTÉ Radio 1's Today With Sean O'Rourke, historian Diarmaid Ferriter on the assassination of minister for justice Kevin O'Higgins

By 1927, O’Higgins claimed that the exemption rate for eligible women had reached 90%. But the minister was not finished and he introduced a new Juries Act in February of that year, which automatically exempted all women from jury service. An otherwise eligible woman could, however, seek inclusion in the Jurors’ Books if she so wished. The effect of this statute is apparent from the Limerick and Tipperary Jurors’ Books for 1927, which list some 8,600 eligible persons, only one of whom was a woman.

To justify the 1927 legislation, O’Higgins pointed to the expense of including women in the Jurors’ Books when only about 50 served annually. This fact, combined with the experience of the 1924 Act, demonstrated that women simply did not want to serve on juries. Thus, O’Higgins claimed, with some justification, that his position accurately reflected the wishes of Irishwomen. O’Higgins and his supporters also drew on a particular view of women’s proper function in society and their duties in the home. From this view, it followed that women should not be exposed to the horrors of the criminal courts.

Opposition parties and a variety of women’s groups actively opposed O’Higgins’ efforts on basic equality grounds. They pointed out that men had no wish to sit on juries, but they were not given a choice. In 1925, the Irish Women's Association of Citizenship argued that "women had no right to evade any duties and responsibilities involved in citizenship". Women were already being exposed to the horrors of the criminal courts as lawyers, witnesses and defendants. The Dublin Christian Citizenship Council pointed to the unfairness of denying women a chance to sit on juries while they were liable to stand either in the dock or the witness stand.

Efforts to block the 1927 Act failed, and it remained in force until 1975 when the Supreme Court considered the Act’s constitutionality. Evidence brought before the Court showed that only nine of the 700,000 persons who had been eligible for jury service in the 10 years prior to the case had been women. Five of these women had been summoned and only two had served.

The Court declared the gender provision of the 1927 Act to be unconstitutional, holding that the model of jury trial contemplated by the present Constitution required that juries be drawn from panels that were broadly representative of society. The Oireachtas responded with a new Juries Act in 1976 – still in force – under which men and women have an equal liability to serve on juries. When it comes to jury service, it took independent Ireland 50 years to put women back in the position they had occupied in 1919, notwithstanding the fine words of the 1916 Proclamation.