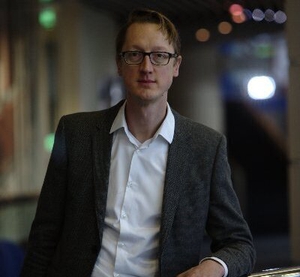 I'm a rugby fan. In the past, I played for several amateur teams as I moved between cities for work. In all honesty, I was never a particularly good player, but being keen and available is usually enough to secure a place in the squad and a guaranteed game in the reserves.

It’s been over ten years since I picked up a ball though. Rugby is definitely a game for the young and anyone who plays rugby past the age of 35 is either brilliant, crazy or no longer interested in the finer tactical points of the game. These days, I meet my craving for rugby vicariously through supporting my local rugby union club and the rugby league side from where I grew up.

Over the last 30 years or so, the game has changed immensely, and mostly for the better. Rugby union turned professional in 1995 while rugby league had begun to do so a century earlier (this was the original reason for the split between the two codes). Overall, this has meant an increased profile, a more enjoyable experience for the fans, better protection for players and, most of all, an improved quality of the game.

Another trend which began in the last few years is that the sports became international at club level. In 2006, the rugby union Super League ceased to be a UK-only affair with the arrival of French side Catalans Dragons and it has been joined by Toronto Wolfpack from Canada for the 2020 season. A league previously confined to a narrow corridor of northern England has suddenly become transatlantic.

Meanwhile in Ireland, my local rugby union side Munster now play in the elite PRO14 league. Originally the Celtic League and composed of sides from Ireland, Scotland and Wales, the league these days takes in two clubs each from Italy and South Africa. In the southern hemisphere, Super Rugby unites teams from Argentina to Japan. Hardly next-door neighbours.

Why should this matter? Surely it’s great to see some of the world’s best teams pitted against one another?But watching the start of the rugby league season made me a little anxious. Toronto are unable to play in Canada at this time of year (it’s still too cold) and began their season with a heavy loss against Yorkshire side Castleford Tigers. Many of their fans were Canadians based in the UK and delighted to have a team from back home to support. But there was also a hard core of travelling fans. And what happens when UK sides start playing games in Canada: how many air miles will be racked up? Few fans can afford to do so, and certainly not often, but there was no reason to even consider it before now.

From RTÉ Archives, Charlie Bird reports for RTÉ News in 1988 on the Emerald Isle American Football Classic which saw Boston College Eagles take on West Point Army Cadets at Dublin's Lansdowne Road, the first ever college league game to be played outside the US

This internationalisation of sport at the club level is driving a new trend in long-haul leisure travel, whether it’s American Football games in London or South African rugby teams playing in Ireland. Entire teams, their support staff and a dedicated fan base are now making regular trips around the world for one-off fixtures The chant of disgruntled fans suspecting the referee of bias will have to be "did you bring him on the plane?" These games will inevitably involve more flights than would otherwise have occurred. At least if you’re playing teams in your own country, you can usually take the train.

Of course, this has been going on with international-level sports for a long time, but the frequency is much lower. Major tournaments only occur every few years and visiting national fans usually attend a couple of games, allowing for an economy of scale. Even in this arena, there’s been an increase in travel. One of the reasons for the formation of multinational touring sides like the Lions was to spread the cost of long-distance trips among national associations, but every country now travels independently. Although the audiences for international fixtures are huge, most fans watch at home on the TV, but club fans usually don’t have that option.

In the face of a climate crisis, all sectors of society have a part to play. Unnecessarily increasing travel emissions by creating trans-national sporting contests among teams with very local fan-bases strikes me as an unwelcome new direction. Commercialisation of the game has had many benefits but this is not one of them. Despite flygskam, growth of air travel has continued unabated and international sporting fixtures are a contributing factor.

The most enjoyable, passionate and intense games are those between local rivals. Watching Munster face up to Leinster, or Warrington against St Helens (especially when we win) is to me the pinnacle of each sport at club level. Best of all, we can watch them practically on our doorsteps. Keeping our sporting fixtures local is one small way in which we can reduce our impact on the planet. Sustainable rugby? Why not?

Dr Markus Eichhorn is a lecturer in the School of Biological, Earth and Environmental Sciences at UCC