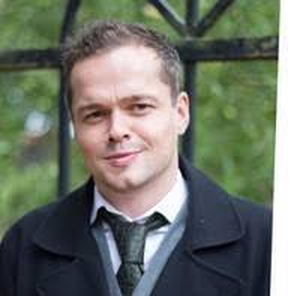 Analysis: meet the parties and individuals who thrived in a world of selfies, compliments, puns, unfortunate memes and lots of retweets

While it is difficult to say what party or individual used Twitter most effectively during #GE2020, a platform where stronger candidates always tend to represent themselves well, it is clear that the Social Democrats had the most disciplined approach to their online campaigning. Quantity above quality was evidently the mantra from party HQ, and between January 14th and midnight of February 7th, the 20 SD candidates tweeted 6,422 times, with 1,322 original tweets, 3,375 retweets, and 1,769 replies.

Retweets were very much the order of the day with Catherine Murphy operating as something of a fulcrum for the rest of the party. Her 770 retweets offering a constant stream of candidate profiles from around the country, photo calls, and reiterations of policy positions. After 25 days of campaigning, the average number of tweets, retweets and replies per SD candidate stood at an impressive 321.

Between Fianna Fáil and Fine Gael, running 84 and 82 candidates respectively, the platform was somewhat less consistently engaged with. While a full spread of SD candidates were active on Twitter during the campaign, five Fine Gael candidates chose not to make use of the platform. The other 77 candidates posted 7,958 interactions during the campaign, namely 3,076 original tweets; 3,739 retweets and 1,143 replies. After 25 days the average number of tweets, retweets and replies across all candidates was 104 (just one-third of SD engagement).

Senator Neale Richmond was the most engaged FG candidate on the platform with 506 interactions over the course of campaign. Among incumbent candidates, the top retweeters of campaign content were Josepha Madigan and Simon Harris with 221 and 271 retweets respectively, though the promotion of other candidates within the party was somewhat lacking. Noel Rock was the most likely FG candidate to engage with the public, posting 134 replies to queries and comments from the public. For comparison, the closest to him in this regard was Ciarán Cannon with 37 replies.

WIth just two candidates choosing not to use Twitter, Fianna Fáil posted 6,041 interactions over the campaign, with 2,413 original tweets, 2,680 retweets and 948 replies, with an average of 76 interactions across all candidates. The top retweeters among the FF candidates were Thomas Byrne with 252 retweets and Padraig O'Sullivan with 150 retweets. Where SD and FG were successful in using retweets to circulate party material, FF candidates seemed to be somewhat less disciplined in their retweeting.

Chris Andrews was the top tweeting Sinn Féin candidate with 57 original tweets, 847 retweets and 61 replies. Of the 42 SF candidates: five candidates did not use the platform, while the accounts of Dessie Ellis (last tweet May 5th, 2011) and Brian Stanley remained dormant throughout. A total of 5,108 interactions were made by SF candidates over the 25 days with 1,087 original tweets, 3,084 retweets, and 937 replies. This averaged out at 140 interactions per candidate over the course of the campaign.

While there was a marked aggressiveness in the tweets of other parties in the latter part of the campaign, a positivity inspired by opinion polls was evident across SF’s Twitter output. Compliments that showered over Eoin O'Broin were gleefully retweeted by candidates, as were sentiments intimating that a change was coming along with the widespread approval of Mary Lou McDonald's performance in the final Leader’s Debate.

Those most active People Before Profit candidates were Una Dunphy with 1,355 interactions, Conor Reddy with 473 interactions and Paul Murphy with 571 interactions. Interestingly, 10 PBP candidates chose not to use the platform, which was consistent with other smaller parties where engagement and followers began to drop off. Evidently, boots on the ground was deemed to be a more effective approach.

While this summary offers just a brief overview of Twitter activity over the campaign’s 25 days, there is yet interesting data to be picked from the content of candidate’s tweets. While traditional media still dominate the election narrative, it is on social media platforms such as Twitter where this narrative is being picked apart and an alternative discourse emerges. When we look at these conversations, we might begin to better understand the dynamics of this election.