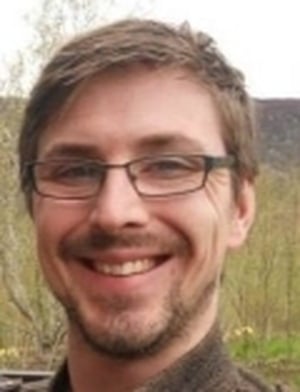 Analysis: we are releasing pharmaceuticals into our waterways which affect how microorganisms, plants and animals interact with each other

I have a drug problem, but then we all do. We all quite happily guzzle down hundreds of over the counter and prescription concoctions every year, without a second thought for the consequences. The problem is that between 30 and 90% of the medicines we take pass out of our bodies unaltered, which means we are literally passing out pharmaceuticals. The segment of the population who are regular illicit drug users are releasing a range of psychoactive substances, including cocaine, MDMA, methamphetamine and ketamine, down the toilet and into our sewers and drains.

As our sewage systems have not been designed to deal with pharmaceuticals in our waste, this presents a problem. In Ireland, as with much of Europe, sewage treatment focuses on what is termed "secondary treatment", which includes first removal of solid sewage waste (primary treatment) followed by treatment to remove dissolved biodegradable components from the liquid portion.

Unfortunately, this does not remove most pharmaceuticals and illicit drugs, leading to the constant release of a range of substances including antibiotics, painkillers (such as ibuprofen), hormones (including the artificial estrogens used in contraceptives) and psychoactive substances into our rivers. As a result, we can see how illegal drug use across different European cities changes through the week by looking at the water coming out of wastewater treatment works, with peaks in cocaine, methamphetamine and MDMA (ecstasy) detected on Sundays.

Using this data, we can see which cities have the highest levels of drug use. In 2018, Bristol, Zurich and Amsterdam all had Sunday peaks in cocaine greater than 1g for every 1,000 people. That means cocaine with a street value of over €20,000 was washing out of sewage treatment works of Bristol, a city with around 500,000 residents, into the River Avon as the Sunday hangovers kicked in (calculated on the back of an envelope).

From RTÉ Radio 1's Morning Ireland, Dr Emmet Kerin, President of the National Association of General Practitioners, says there is a problem with overprescribing prescription drugs.

The effects of legal drugs

But while the effects of illicit drugs in the environment have made headlines on a number of occasions, it is the constant release of legal pharmaceuticals which present a more acute problem. Recent studies have demonstrated how pharmaceuticals, such as the antidepressant Prozac, can alter the behaviour of shrimp and other aquatic animals, making them more susceptible to predation.

However, it is the effects on the microorganisms (bacteria and single celled organisms) which are of particular concern. Researchers at Ulster University recently showed that animals like freshwater mussels and sponges, which filter food out of river water, act as sites where bacteria can transfer antibiotic resistance genes between themselves. As such, the release of antibiotics into the environment, from human sewage and farming, presents a genuine concern as we try to prevent antibiotic resistance spreading rendering these medications ineffective.

The problem is that the pharmaceuticals we are releasing into the environment affect the way microorganisms, plants and animals interact with each other in our waterways. This is of growing interest to environmental scientists across the world. AJ Reisinger, an aquatic scientist at the University of Florida, has been working on the effects in urban rivers in United States, and he states that "despite their low concentrations, multiple studies show that pharmaceuticals can disrupt the ecological processes and nutrient cycling in rivers. In particular, common antibiotics such as ciprofloxacin change the microbial community in the stream biofilms and primary production (photosynthesis). This reduction in primary production is important because it represents the base of aquatic food webs, and primary production is known to drive nutrient cycling and greenhouse gas dynamics in streams and rivers". This is supported by recent work we have carried out at Ulster University in Northern Ireland, using teabags to measure how pharmaceuticals affect microbial activity in streams. This is based on the idea that the teabag provides a food source for the bacteria, and so changes in microbial activity will affect how quickly the tea inside rots away. This research is revealing that a range of pharmaceuticals, including common painkillers such as ibuprofen, hormones like estrogen, and antibiotics, all can have negative effects on the activity of the microbial communities in our rivers and streams. Furthermore, comparisons between rivers in Northern Ireland and northern Sweden reveal that climate has a role in controlling the impacts of pharmaceutical pollution, with greater negative effects observed in the (relatively) warmer waters we have in Irish rivers.

What can we do?

Clear evidence is emerging that the pharmaceuticals that we take every day can have real impacts on the ecosystems within our streams and rivers. These ecosystems, from the bacteria and other microorganisms up to the insects and fish, play a key role in maintaining the water quality in our rivers. Clean water is a limited resource and poor water quality is often linked with disease and poor public health. So for our own health, we need to think carefully about the medicines we take and the things that we flush down the toilet. Pharmaceuticals are essential for our health, but as our population grows we will need to invest in technologies to remove these from our sewage. In the meantime, there are simple things we can all do to reduce their environmental impacts. Firstly, don’t flush old pills down the loo – bring them back to your pharmacist for disposal – and secondly, when it comes to drugs, JUST SAY NO!

Dr Billy Hunter is a lecturer in Geography/Environmental Sciences