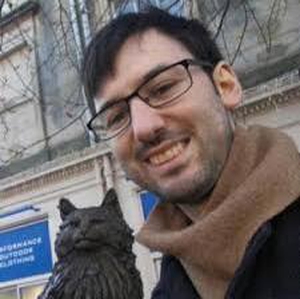 Analysis: humans have much to learn from whales, rats and bats about longevity

When Jeanne Calment was asked about the secrets of her longevity, she responded "always keep your smile. That's how I explain my long life." Jeanne would famously keep her smile right up to the age of 122, becoming the longest living person in recorded history.

However, while these lifespans are improbable for humans, many of our animal cousins beat the odds of ageing with ease and may offer us clues as to how to live longer. Like us, animals age and die, but they do so at vastly different rates. The turquoise killifish, a small fish that lives in seasonal mud hole pools in east Africa, can complete its entire life cycle of in just 14 days. In the frigid waters of the Arctic, Greenland sharks are estimated to live for over 500 years.

So why do some animals live longer than others? One way to find out is to look at what makes long lived animals different. In 1905, when Jeanne Calment was already 30, the German physiologist Max Rubner noticed something about some common domestic animals. Cows lived longer then chickens and chickens lived longer than Guinea pigs.

With this simple observation he proposed the first rule of living longer: be big. But why? One reason is that being large offers protection from predators. Such resilience to attack in large animals was demonstrated in 2007 when a harpoon tip dating from the 1800s was found to be still lodged in a Bowhead whale a century later.

The lifespan achieved by this whale was not only due to the protection conferred by its size, but also due to its resistance to age related diseases such as cancer. With age comes the increased problem of diseases such as cancer. Every time a cell in your body replaces itself, there is a small chance of DNA errors arising during replication. These DNA errors can cause various problems, such as runaway cell growth developing into tumours. The longer you live, the more times your cells need to replace themselves and run the risk of such errors.

To combat this, animals, including humans, have a suite of genes which halt such runaway cell growth and other potential problems. However, if these genes become damaged, such as during replication, their protective function can be lost. Many large animals, such as Bowhead whales and elephants, have multiple copies of these protective genes to beat this. If one copy is damaged. the other copies of the gene still can continue to function and reduce the emergence of age related diseases for the animal.

But such evolutionary tricks are not only confined to large animals. Many smaller, perhaps more unexpected species, are demonstrating various ways to live longer. At just 35 grams, the naked-mole rat is the Methuselah of the rodent world. While house mice only live up to four years, the naked-mole rat can live for over 31 years.

This is particularly impressive as smaller animals have to deal with the increased chance of becoming someone's next meal and the physiological stresses of having a high metabolic rate. Compared to larger animals, the cells inside a small animal are burning energy at a much higher rate. This high metabolic rate can cause biological wear and tear which, in turn, results in shorter lifespans.

So how do naked-mole rats live so long? One reason may be due to their unusual subterranean and social habits as they live in underground colonies with a single reproductive queen and many sterile helpers in a system more akin to ants than to mammals. This unusual lifestyle insulates individuals from the dangers of the world above ground which, like large animals, has allowed the evolution of resistance against ageing related problems such as cancer. However, they have also evolved the ability to manage the wear and tear of high metabolic rates, possible due to their ability to tolerate the low oxygen level of their environment.

While the naked-mole rat may be supercentenarian of the rodent world, some more familiar animals can also achieve incredible ages for their sizes. Animals which can fly, such as birds and bats, live far longer than expected for their size. For example, Brandt's bat, which weighs in at only 4 to 6 grams, can live for over 41 years. This species, along with most other flying animals, seems to have beaten both the ageing odds associated with being small and the high metabolic rate required for flight.

In the case of bats, various mechanisms related to DNA repair, cancer resistance and other aspects of physiology have been proposed as reasons for their impressive longevity. However, the various mechanisms these animals use to slow ageing are variable and complex, as ageing itself is an immensely complex disease.

From RTÉ News, a report on how Irish bat research could help slow human ageing

As researchers look to the diverse species that have evolved tricks to live longer, it is becoming clear that there is no silver bullet that will make us live longer. But while the elixir of life may not be found in one place, we may slowly see an increase in our chances to become supercentenarians by piecing together the various evolution solutions found in the animal kingdom - as long as we keep our smile, of course.

Dr Kevin Healy is a lecturer in Macroecology in the Zoology Department of the Ryan Institute at NUI Galway.