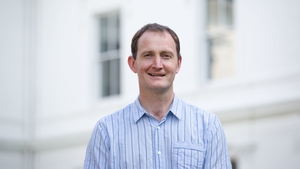 Opinion: there are many reasons why patients opt for certain tests and treatments to manage their pain

Persistent pain is a huge burden for both people with pain and wider society in terms of healthcare costs and reduced productivity. Despite not having all the answers, it is pretty clear that some tests and treatments are more justifiable for managing persistent pain such as ongoing pain in the back, knee, or shoulder than others. The fascinating, and frustrating, thing is that people with pain appear to "choose" more of the ineffective tests and treatments, rather than those that help. So why do patients often simply "choose" the options we have made most available and attractive?

Let’s discuss the options chosen by one patient. Jim is a 52 year old man with low back pain for five years, and knee pain for the last two years. He previously worked in security, but has been unable to work due to pain for the last year and a half. He used to cycle regularly, but does little exercise now. He has gained approximately 10kg and his sleep is poor as he stays up late at night as he has "nothing to do" in the daytime. He doesn’t socialise much due to financial pressures, tiredness, and feeling generally "fed up".

Jim has had an xray and an MRI scan of his back, as well as an MRI of his right knee. Both scans showed mild degeneration and surgery was unlikely to help. He is taking several pain medications, with considerable side-effects. He took sleeping tablets which he stopped due to drowsiness and he does not want to try anti-depressants. He has had several steroid injections into his spine and knee which did not help much.

He tried physiotherapy initially, but that ended after six weeks due to waiting list constraints and it did not involve much exercise. He was offered no specific dietary or psychological support. He does not know where else to go to get help with his sleep, energy and mental health. He has now been offered surgery in a private clinic, and thinks he might borrow money for this surgery as he has to "do something".

Let’s look at Jim’s care, and how it matches what is consistently recommended internationally. Once serious conditions have been ruled as being very unlikely, management of persistent pain should NOT prioritise;

(i) xrays or MRI scans (except in rare, specific situations). In contrast, almost half of people with back pain have a scan within a year of having the pain, like Jim.

(ii) medication (except for very short periods initially). Painkiller medication usage is increasing, especially opioids and other medications (e.g. anti-epileptic medication), even though they are generally ineffective and have risks.

(iii) injections or surgery. These should only be considered after the patient has had supervised rehabilitation for a prolonged period, and in specific circumstances.

A RTÉ Brainstorm podcast on how stress, anxiety and worry can make us more prone to getting back pain and less likely to recover from it

(i) staying active, through various types of exercise and physical activity.

(iv) maintaining, or increasing, sleep quality and quantity without medication.

(v) getting out and about, including engaging in hobbies and valued activities, including work.

Like many people with pain, Jim ‘chose’ more of the ineffective treatments, even though the recommended options better match his needs. Prioritising the recommended approaches is not easy, and is done most effectively in a supervised setting, over a sustained period of time. In such an environment, people could learn to better self-manage their pain in the long-term, while avoiding expensive, invasive and/or risky treatments.

But support for these options is typically hard to find and/or not funded as well as more traditional, but less justifiable, options such as scans, medications and surgeries. Rather than just blaming patients for their choices, we can improve patient care by changing policy and regulations to remove perverse incentives which encourage poorer care.

The following steps could help:

Unhelpful tests and treatments should be banned, or at least de-funded until proven otherwise. In the last decade, studies in several countries show that this can significantly reduce inappropriate care.

Only fund options that are effective

Right now, much of what patients like Jim are offered for persistent pain reflects either what has always been done, what clinicians have been trained to do or what patients think they need. This may mean professional groups (e.g. physiotherapists, surgeons) having to reskill and/or stop some traditional aspects.

Insist on health service providers declaring all conflicts of interest

We all know some doctors who own MRI scanners or who get paid extra for ordering such scans or order many more scans than are recommended. Similarly, many ineffective treatments are more common in privatised "for-profit" healthcare, and this persists more in privatised healthcare even after policy changes. This elephant in the room cannot be ignored!

The big challenge is bringing the public with us. We often assume that doing something is a good thing, especially if it could be a "quick-fix" in contrast to adopting a "wait and see" approach and trying more long-term approaches. Even in Jim’s case, he is considering a surgery which is probably not necessary, as he thinks he must do "something".

We must convince the public that these proposals are about offering the best care, not just removing care or denying patients' freedom of choice. For example, some governments could use this proposal to undermine public healthcare spending, only to allow, or encourage, these options in privatised healthcare. In this regard, regulators and policy makers must ensure that the large savings accrued are redirected towards subsidising recommended options, and the options which are refunded or tax deductible under privatised healthcare are better regulated.

Vested interests whose income and professional standing would be affected have, and will continue, to oppose such proposals. Consider the opposition to Obamacare in the United States, where privatised and hugely profitable healthcare corporations deliver the worst health outcomes of any high-income country, but warn the public about the dangers of "big government" limiting their choice. Even well-intentioned clinicians may oppose this, as many have an inflated but inaccurate sense of their ability to know what is right for a patient. Even if we make these changes, individuals might still want to avail of some dodgy tests and treatments, but this should be at their own expense.

People could learn to better self-manage their pain in the long-term, while avoiding expensive, invasive and/or risky treatments

These proposals are not easy to implement and would not be universally popular. However, educating the public to help them choose better care is not a substitute for such overarching policy change, and until then we should be careful about judging people with pain for their choices. 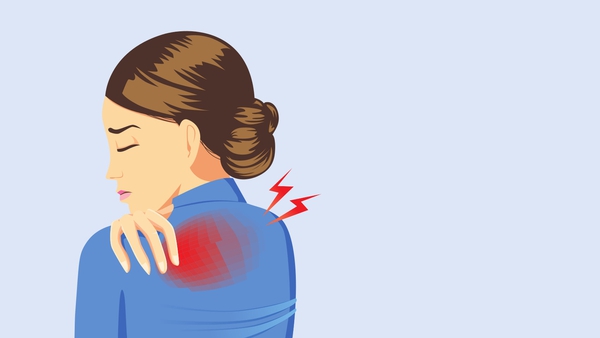 Back pain: are you saying it's all in my head?