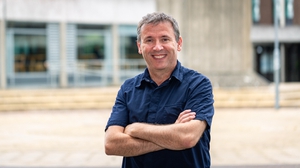 Analysis: the new digitised yellow sliotar has come through a rigorous set of tests over the last few years

Hurling is one of Ireland’s most popular sports and the design of the sliotar is central to how one of the world's fastest field sports is played. It must allow for short passing with the hand and hurley, accurate striking for large distances and comfortable catching by players. One challenge however is that supporters and the game’s guardians do not want the ball to be able to be struck too far. This could result in the sliotar being struck from deep in defence to score a point, robbing players and spectators of the exciting contests that see possession of the sliotar change between teams. In addition, players invariably want consistency in a sliotar, so as to be able to fine tune their skills.

Unfortunately some manufacturers have designed sliotars that can be hit too far. This is perhaps not surprising as it is in a player’s DNA to want to be able to score as many points as possible, hence they may tend to purchase sliotars that allow them to score from distance. This issue is not unique to hurling; many sports have face similar dilemmas. Golf and tennis for example are highly regulated in terms of ball design to limit how far and fast their balls can travel.

From RTÉ Archives, Kilkenny's Eddie Keher shows some young stars of the future the art of lifting the ball in the Skills of Hurling series from 1976

Back in 2003, I was contacted by Pat Daly, Director of Games Research and Development at the GAA, to help them decide on new regulations for sliotars to try to ensure there was greater consistency and "playability". While this seems a relatively easy task, it was confounded by the fact that if you asked 100 coaches, players and supporters how they want a sliotar to behave when struck, we would never reach an agreement.

We therefore took a pragmatic approach and decided that we would measure key mechanical characteristics of the sliotar across all of the main manufactures at the time (around 15) and use the average (after removing those sliotars that travelled excessively far). We focused on how far the ball would travel when struck for distance as there were no rules in place. We measured the coefficient of restitution (how bouncy the sliotar was) and eventually arrived at agreed regulations.

While many manufacturers had to make alterations to the design of their sliotar to adhere to the new regulations, it clearly resulted in greater consistency. The GAA designed a "stamp of approval" (by Avril Kennan) which manufacturers printed on their sliotars to indicate adherence to the regulations. The idea was that players and coaches would be able to ensure they were buying and using approved sliotars.

From RTÉ Archives, RTÉ News report by Joe O'Brien on the launch of new hurling helmets in 1986

Research led by the author, Prof Dermot Brabazon and Dr Fiachra Collins from DCU started to examine the mechanical characteristics and design of sliotars in far more detail using a specially designed testing rig. It was able to launch balls at up to 80 miles-per-hour and used a very high-speed camera and force plate to determine how much the sliotar deformed during high impacts, and how fast (and far) the sliotar would travel.

But even with the new regulations, It became clear, that there was still significant variation between manufacturers on how sliotars performed. After consultation, the GAA decided that it needed a process that would allow them to have full traceability of a sliotar, as well as greater consistency in its design and playability, to protect the integrity of the game. Full traceability would also allow the GAA to better ensure overseas child labour could not be used by any manufactures, a problem faced by all sports. In addition, the GAA decided to address the issue of sliotar colour for improved visibility.

The main requirements for traceability were to ensure the GAA knew who manufactured the sliotar, where it was made, that it could not be counterfeited and ensure that referees and the general public could check using their mobile phones if they were using or buying an official GAA sliotar. After much searching, the GAA partnered with DMF Systems, who drew up specification for a NFC (Near Field Communications) tag using GS1 identification standards (GS1 Ireland). DMF subsequently designed the mobile phone app and data handling infrastructure. They also partnered with sliotar manufacturers Green Fields and O’Neills to help with sourcing appropriate tagging technology and sliotar design.

From a hurling performance perspective, it was critical that the NFC tag was so small it would not interfere with the playability and performance of the ball. For the manufacturer, it had to survive the process of the polyurethane mix expanding under high heat and pressure in the sliotar mould, while still staying beneath the surface. For the GAA, the tag had to still be readable after multiple high impact usage.

We undertook months and months and months of testing. Some of this was in our sliotar testing rig to check the sliotars behaved in the same way. However, because the rig heats up under the bright lights of the high speed camera, we also had to use an adapted baseball launcher to ensure each sliotar and NFC tag would survive over 200 very high impacts onto a rigid surface at 50 miles per hour. As you can imagine, there were many sliotars which failed the tests because the NFC tags would break or the sliotars would break due to the tag being too close to the surface and creating surface weaknesses. Eventually we identified an appropriate tag that could be embedded deep enough in the sliotar by the manufacturers.

During this process, we also tested the sliotars with county and club players to ensure the sliotars performed to the highest expected standards and that they could not distinguish between the sliotars produced by the different manufacturers. We used unmarked sliotars to remove the influence of a player's previous preferences, as there is a potential natural bias to assume that the sliotar you normally practice with is the best. Players were extremely happy with the sliotars and could not distinguish between them in terms of playability and performance. We plan to undertake more testing with players in this regard as a final check.

As part of the process to improve the sliotar, a colour change was also suggested, which Valerie Kennelly, an optometrist with Sportsvision, advised on. A major problem using a white sliotar is that it becomes hard to see and track when it passes in front of other white or pale colours (for example floodlights, clouds, stands or posts).

The most visible wavelength is around 555nm, which is a colour part-way between yellow and green. In particular, it appears that yellow is also easier to see at a distance. In addition, from a contrast perspective with background scenes, there are few naturally occurring yellow colours. No-one appears to use yellow when painting stands as it is physically hard on the eyes when used on large surfaces (not surprisingly, very few people paint their walls bright yellow).

To improve the visibility of yellow further, a shade of yellow referred to as florescent or "optic" yellow can be used, which the GAA has adopted. This is the same approach that tennis took back in 1972, to make the ball more visible for television, which had moved from monochrome to colour coverage. But the GAA's decision has not been driven by television requirements. Unlike tennis, hurling is a much more aerial sport and the challenge is with the white ball not contrasting sufficiently with sky and surroundings, which is a problem for players, officials and supporters.

READ: The roots of hurling, the greatest game on earth

It is hoped that the changes to the colour and the design of a more consistent and traceable sliotar will ensure that generations of players and supporters will continue to enjoy the fast, skilful and competitive game that they love. 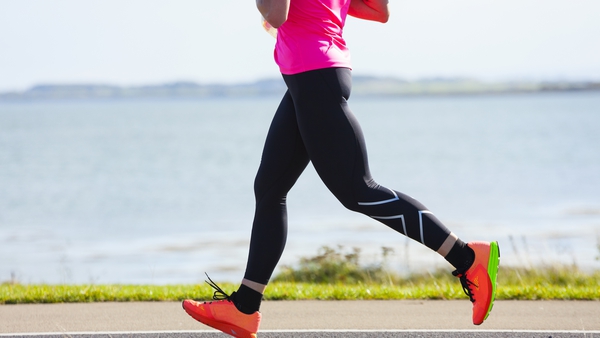 What elephants can teach us about running injury free