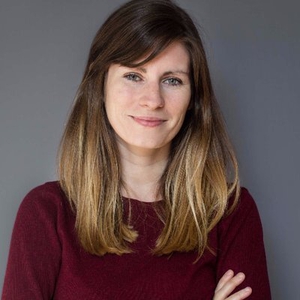 Analysis: there is no scientific evidence to back up the perception that one gender is better at learning languages than another

Girls are such chatterboxes, right? Always talking, talking, talking. Boys, on the other hand, are doers rather than talkers. Boys communicate physically though sports and other rough and tumble activities, right? Well, no. These old beliefs about communication are rooted in sexist assumptions about the supposed "natural" capabilities of women and men, and such beliefs continue to impact on students’ subject choices.

Children exist in a world where supposed differences between boys and girls are constantly reinforced (think pink versus blue clothing for babies). Such ideas extend to the belief that girls and women prefer language(s), and that boys and men prefer STEM subjects. At the optional level, the language classroom is populated by more girls and women than boys or men, and this is often unquestioningly accepted as simply how things are. In fact, the hidden curriculum, or the unwritten social and educational messages that young people are exposed to, can heavily influence their educational choices.

Gender and the brain

Many beliefs about gendered aptitudes and preferences come from popular myths about the so-called hardwiring of the brain. A wave of Men are from Mars, Women are from Venus-style self-help books in the 1990s maintained that men and women communicate in vastly different ways. Despite these mainstream assumptions, sociolinguistic research has since undermined such generalisations, In recent years, neuroscientific research has contributed to debunking notions about the structure and characteristics of a "male brain" versus a "female brain".

As neuroscientist Professor Gina Rippon recently pointed out, life experience plays a crucial role in brain development. Along with others in the field of neuroplasticity, Rippon maintains that our brains are plastic, constantly changing and reacting in response to external stimuli and lived experiences. Brains differ depending on the life a person leads, the education they receive, or the jobs they do. In other words, "a gendered world will produce a gendered brain".

It is becoming more and more socially accepted for people to reject and live outside of the norms associated with what is "masculine" and what is "feminine". Indeed, it is clear that what were previously thought to be fixed notions of masculinity or femininity vary widely across contexts and across the world. As such, our lives and social roles are becoming less prescribed and less determined by traditional gender roles than before. In other words, there are many ways to "do" gender.

Why do these stereotypes endure?

The answer to this is highly complex, but sociolinguistic research offers some important insights. Professor Deborah Cameron attributes the endurance of gender stereotyping to what she calls the new biologism. This involves attributing disparities in areas such as education, pay, care work, professional roles, parental leave policies, etc. to "nature" or generalised physiological differences between men and women, when, in fact, they have more to do with public policy and societal attitudes.

16-year-olds Cormac Harris and Alan O'Sullivan, from Coláiste Choilm in Ballincollig, took the top prize at the BT Young Scientist and Technology Exhibition for a project about the prevalence of gender stereotyping in 5 to 7 year olds | Read more: https://t.co/WQMhQfc2qZ pic.twitter.com/Eaau47DTLV

Cameron has argued that the speed at which attitudes to and policy surrounding gender have evolved in recent years has led to a sense of unease among some people at the changing world. Holding on to gender stereotypes may offer some comfort to those who feel as if the social world is changing too quickly around them.

We may unwittingly contribute to gendered language ideologies by making off-hand comments about how children behave or are supposed to behave and what they might be best suited to. For instance, we may say something like "girls are good at language subjects". While we may perceive such a comment to be harmless, it might nonetheless be picked up on by children as "girls are better suited to language subjects than subjects like maths and science" or "languages aren’t for boys". Children and young people wish to fit in, so if they sense that what they are doing is not "normative" for their gender or social group, they will likely avoid it.

For most people, speaking more than one language is simply a part of life

There is no scientific evidence to suggest that women and girls are naturally better at languages than boys or men. Instead, we are surrounded by a myriad of social and cultural messages from birth, and these messages have a significant impact on our educational choices and the lives we lead. In the context of the school, the hidden curriculum informs young people how to "do" gender the "correct" way in that context.

Language learning for some may have gendered connotations, yet there is no essential or logical association between gender and language learning. Consider all the people across the world who use two or more languages on a daily basis. For most people, speaking more than one language is simply a part of life.

Dr Jennifer Martyn is Assistant Professor in th eSchool of Applied Language and Intercultural Studies at DCU. She is a former Irish Research Council awardee