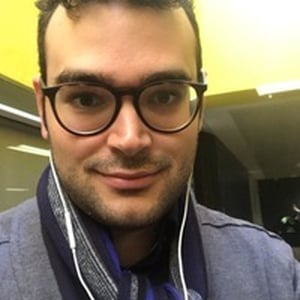 At some point, you have come across the name Machiavelli. Maybe you've heard of "Old Nick", an affectionate nickname for the devil, which derives from Machiavelli’s first name, Niccolò. You may have stumbled on the adjective "Machiavellian", synonymous with "scheming" or "devious". Despite his reputation as a diabolic political schemer, Niccolò Machiavelli was actually a far more complex figure than this popular stereotype suggests.

Niccolò Machiavelli was born in Florence in 1469 and died there in 1527. He was a highly experienced politician and diplomat, who served as the Secretary of the Florentine Republic. However, when a powerful aristocratic family, the Medicis, established their own rule in Florence and disbanded the republican regime, Machiavelli was tortured, incarcerated, and exiled to the countryside.

Like many of us these days, the experienced Machiavelli was now unemployed. As a top civil servant, he knew the ropes and, despite having very different political ideas from the aristocratic Medici, he decided to write a short but insightful book on politics. In The Prince, he advises the young Lorenzo de' Medici (the grandson to the more famous Lorenzo the Magnificent) how to wield and hold onto power.

What are the main takeaways from The Prince?

The key argument in Machiavelli's main literary and political accomplishment is that a new prince (like Lorenzo) has to be fully engaged with everyday politics as much as possible if he wants to hold onto power. His political action has to be based on real things, not on utopian plans, because this risks losing touch with reality and, more importantly, with the community. This is the reason why the prince, having to choose between being loved or hated, has to go with the latter: he has to show he can command power and be respected by his own subjects. In order to do so, Machiavelli argues, the prince has to be virtuous.

This is a key word, because virtue means something new in Machiavelli's hands. It doesn’t mean "morally upright", quite the contrary; it means resourceful and, if needs be, immoral. The prince is, as Machiavelli writes, like the fox (cunning) and the lion (violent), but only if it is necessary to be so. Immorality and disingenuity are essential: it is better to appear to be pious, humane, and kind rather than actually being so. Machiavelli’s leader is like a chameleon, ready to change its colour when it is expedient.

It is important to re-emphasise that Machiavelli was not evil or scheming just for the sake of it, but for the sake of better ruling a country. Politics is the realm of treachery and if a prince wants to survive and rule his own state, he has to be immoral, disingenuous and cunning.

"The end justifies the means"

Unfortunately, Machiavelli's book was deeply misunderstood. 16th and 17th-century intellectuals and theologians accused him of immorality and impiety, and this is when the phrase "the end justifies the means" emerged.  This very phrase betrays Machiavelli’s advice: yes, you have to be ruthless, but your ruthlessness is not for the sake of it, but because the circumstances demand that you should behave like this.

Machiavelli teaches reality rather than evil. You have to be bad, but badness is not the default option. No wonder politicians were not of the same opinion. Elizabeth I behaved as Machiavelli recommended. She publicly opposed him and declared him diabolical, but, privately, she always had a copy of The Prince by her bedside table. It is better to appear rather than to be!

Of course he is, especially these days! A school of thought in international relations, Realism, is very much influenced by his thinking. Realism maintains that states are not trying to be kind to one another, but they fight in a full-fledged arena to hold onto power. It is unavoidable for politicians to take a realist approach if they want to survive in a community where no rule applies.

But international relations is not the only domain where Machiavelli’s influence can be appreciated and everyday politics is a testimony to his teachings. We keep seeing politicians brandishing and kissing rosary beads or crucifixes because religious piety is one of the top ways to curry favour with prospective voters. Donald Trump keeps referring very clumsily to the Bible as his guidebook; Italy’s Matteo Salvini has been touring the country with a copy of the Gospel and brandishing a rosary, and has recently stated that religious symbols and figures should never be satirise. Pledging to uphold Christian values and the traditional family have become standard political idioms.

The School of Life on Machiavelli's political theory

However, as many critics have noted, these politicians are disingenuous, and often appeal to religious sentiments in order to win the votes of the faithful. As Machiavelli teaches, it is better to appear than to be! Machiavelli had understood that the pretence of very strong religious views is necessary in the realm of political campaigning.

Machiavelli was also a historian. His other key work is Discourses on Livy, where he suggests looking at the past to understand politics. Two key figures have to be mentioned, namely Romulus and Moses. The mythical founder of Rome, famously brought up by a she-wolf, had to kill his brother Remus. To everybody this could sound horrible: why kill one's brother? After all he is your brother.

But not for Machiavelli; Remus had to die because Romulus’s agenda was far more important; he had to found Rome and he could not abide by conventional morality. Moses could be a surprise, given his relevant religious role. But he was ordained by Yahweh to free the Hebrews from the Egyptian shackles, and thus everything he was to do had to be condoned.

Machiavelli's relevance still counts. He was the first to lucidly acknowledge that the realm of politics is not the realm of morality and you cannot be moral when your own survival is at stake. Yes, you have to be scheming, but deceitfulness should never be your main option. To be Machiavellian doesn’t necessarily mean being evil.

Andrea Di Carlo is a PhD student in Early-Modern Political Philosophy and a tutor in Philosophy at UCC.