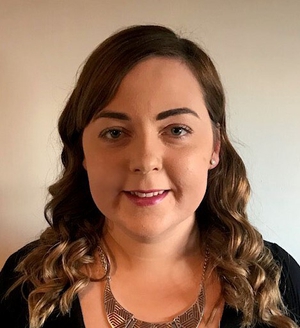 Opinion: the health benefits of cow's milk go beyond strong bones and teeth, particularly for women of childbearing age

The health benefits of cow’s milk are well known and include improved bone and oral health and reduced risk of fractures. The link between milk, calcium and bones is well understood and many of us will remember the TV advertisements "Them bones, them bones, need calcium" which encouraged us to drink milk.

However less attention has been paid to iodine, a micronutrient present in milk which is also important for human health. Iodine is required to produce thyroid hormones which are essential during pregnancy and infancy for brain and neurological development. Until recently, iodine deficiency was not considered a problem, but emerging evidence shows that many of the population in the UK and Ireland are iodine deficient and there is concern that women may enter pregnancy with low iodine stores. This is worrying because researchers at the University of Surrey have shown that even mild to-moderate iodine deficiency during pregnancy is associated with lower IQ and reading scores in children at the age of 8.

The recommended iodine intake for adult women is 150µg/day which is increased to 250µg/day during pregnancy. High levels of iodine are present in fish, in particular mackerel, cod, sardines and salmon. But as the UK and Ireland typically consume low amounts of fish, milk and dairy products are the major dietary sources of iodine (35% contribution to total iodine intake). Over the last 30 years there has been a 33% decline in milk consumption and the average milk consumption per person per day is 215ml compared to 319ml per person per day in 1989.

From RTÉ Archives, 1999 RTÉ News report by Aoife Kavanagh about the end of glass bottles of milk

Considering that women, particularly those planning a pregnancy, are most vulnerable to the consequences of iodine deficiency, it is worrying is that milk consumption is lowest among women aged 18 to 45 years. Possible reasons for declining milk intakes include the withdrawal of free school milk, increased consumption of sugar sweetened drinks and the perception of milk as a "high fat food". Nutritional analysis of milk has categorised semi-skimmed and skimmed milk as "low fat" and it is therefore important that we dispel the myths around milk and promote the many nutritional benefits of cow’s milk. particularly that it is a rich source of iodine.

Additionally, knowledge about iodine is poor and, despite growing concern regarding iodine deficiency, people are unaware of the foods that contain iodine and the health problems associated with iodine deficiency. Interestingly in a sample of 520 women, only 9% identified milk and dairy products as a rich source of iodine.

Milk consumption is lowest among women aged 18 to 45 years

There are no national strategies in the UK or Ireland to address iodine deficiency and an iodised salt programme has not been implemented due to concerns that this would increase salt intake. Therefore, it is important that we think of new ways to ensure that women of childbearing age have an adequate iodine intake and enough iodine stores in the thyroid before conception.

One way of increasing iodine intake is to increase milk intake, an inexpensive and widely available foodstuff. In 2015, our research team at Ulster University carried out a trial with 78 women of childbearing age. Half of the group were provided with and asked to drink 430ml of milk per day for 12 weeks and the other group were asked to continue with their usual milk consumption. After 12 weeks, we measured iodine status and found that increased milk consumption significantly increased iodine status and the percentage of people at risk of iodine deficiency decreased from 62% to 39%. Importantly, increased milk consumption had no effect on body composition, total cholesterol or blood pressure.

Those who avoid milk and dairy products may be at risk of consuming insufficient iodine as cow’s milk makes the largest contribution to dietary iodine intakes and it is therefore important to ensure an adequate iodine intake from other sources including fish and eggs. Seaweed is also a source of iodine, but the content is highly variable and there is concern that consuming large amounts may lead to excessive intakes. For vegans and people with dairy or fish allergies, it can be hard to meet the recommended iodine intake and a suitable iodine supplement should be considered to ensure adequate iodine intake. However, kelp supplements should be avoided as they can provide excessive amounts of iodine.

While the importance of folic acid preconception and during pregnancy is well known, there is a lack of knowledge about iodine. Women of childbearing age, pregnant women and those involved in their care should be educated on the importance of iodine, recommended intake per day and dietary sources as part of a larger public heath strategy to address iodine deficiency.