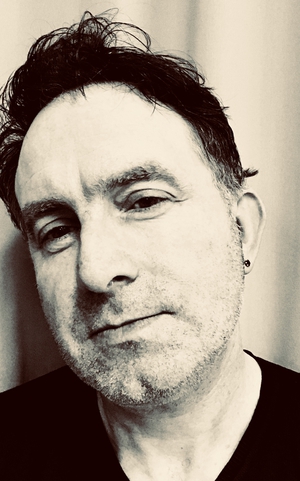 Analysis: the UK's departure from the EU may bring huge costs, hassle, delays, missed gigs and red tape for many bands touring Europe

I recently attended one of the UK government’s Get Ready For Brexit roadshows in Belfast. It was held in a resplendent room in the Titanic Centre that was, apparently, a replica of the famous ship’s ballroom. This prompted eulogies to the city’s past industrial achievements, overlooked by pictures of the construction of the doomed liner from over a century ago. If there was any irony, it was lost on the media personalities and civil servants tasked with encouraging businesses to prepare for the UK’s departure from the EU.

During the expert advice feedback session, it was noticeable that the creative industries went unmentioned (a sector previously forecast to generate one million new jobs by 2030). I asked the experts how Brexit would affect touring bands and theatrical shows, a question which provoked bemused looks across the panel. "That will all be dealt with under the ATA carnet", one panelists replied. "This is already up and running for non-EU touring, so there shouldn’t be any really significant impact…" Cue image of an iceberg and a large ship.

The UK government website explains that a carnet is a "passport for goods"; a customs declaration, applied for in advance, which permits temporary import and export of "non-perishable goods" for a period of one year, without tax or duty being imposed. According to legal and business expert Professor Richard J. Hunter, the carnet "serves as a combination entry document and a bond" which allows goods to "literally, ‘sail through’ customs, with little or no red tape".

From RTÉ Radio 1's The Business, Sonia Purnell, commentator and author of Boris: A Tale of Blond Ambition, and Brendan Keenan from the Irish Independent assess the implications of Brexit for the Irish economy

Before the UK joined the EU, the carnet was a requirement for all touring acts, but afterwards, UK bands enjoyed the freedom to gig throughout the EU without having to have one. The Chamber of Commerce, responsible for issuing carnets, claims that they give "fast, trouble free access to countries participating in the scheme".

Peter Jenner has managed touring rock acts like Pink Floyd, The Clash, Billy Bragg and many more during his 50 years in the music industry and he remembers the carnet very well. "It was a nightmare! First you had to get a bond that covered the value of all the stuff you were going to take with you. That meant you had to itemise everything and then measure it, weigh it and cost it. Then you had to pay a guarantee as an insurance that anything you took with you going out, would be brought back again. That was before you paid for the actual carnet itself".

This could be a very considerable sum of money, especially when you include PA, instruments, amplifiers, lights, IT equipment, costumes etc. "If you don’t bring back everything that you went out with, then you can get fined or lose your guarantee", Jenner points out. "Once you’ve covered the guarantee and bought the carnet (about £350-£500), that’s just the beginning. Each time you cross a border you are then liable for inspection. Any changes at all to the tour schedule or the equipment being carried needs to be reflected in a revised carnet, and every layer of this bureaucracy costs more money."

Jenner explained how crossing borders with a band is far from plain sailing. "You sometimes arrive in the middle of the night with a truckload of gear and the customs officer might not even be there. You might have to then travel to another crossing point, which could be miles away. If you just drive on or get waived through without getting your carnet stamped, then that could be even worse, because if the tickets don’t match up when you exit, you’ll get a fine, or you could even be held while they investigate you for smuggling."

He believes the reality of the carnet system leaves touring bands in a very vulnerable position. "Tour dates get missed, gear gets impounded, insurance becomes invalid and the administrative costs escalate. For many smaller acts, it’s just not worth it".

Veteran tour manager Rog Patterson, an advisor on all things carnet, hosts a warning for bands on his website, that mimics Jenner’s concerns: "unfortunately, during your journey, you may possibly encounter customs officers who don't know (or deliberately ignore) the [carnet] procedure, and problems can arise."

From Sky News, a report on how Brexit could harm the UK music industry

Singer and activist Feargal Sharkey recalled tours where he saw the roadies "on their hands and knees at the back of the stage....picking up broken drumsticks, and curling guitar strings into little packets…Because the rules were, if you said on the paperwork you’d taken 400 drumsticks out of the country you’d better bring them all back – even if they were all broken." Sharkey remembered watching the crew "steam with fury while some belligerent bureaucrat made them unload a 40ft artic. trailer to count the number of speakers."

Music organisations such as UK Music, BPI, Featured Artists Coalition, Music Managers Forum and the Musicians' Union have expressed concern that the reintroduction of the carnet will be a retrograde step, and some have proposed the introduction of a light touch visa system instead. When asked about this kind of solution, Jenner was sanguine: "these sorts of initiatives are pie in the sky. The carnet system is there to prevent smuggling, so you can’t just get around it. Unless the UK remains in the Customs Union, then the carnet is what is going to be used.

"I’m glad I’m done with touring. Before the EU, it was a complete fiasco. After joining, things improved immensely, but now, who knows? I would definitely be concerned if I was in Ireland, particularly the North. The extra hassle, expense and uncertainty is likely to put off a lot of bands who might have wanted to get across the border to do a few extra dates."

Paul O'Hagan is a PhD researcher at Ulster University