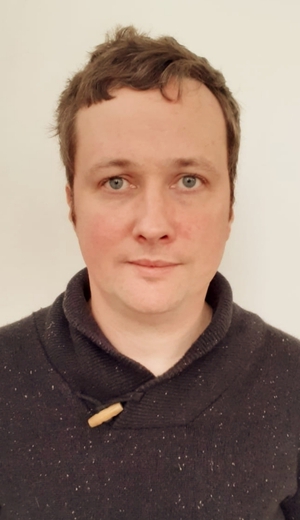 Analysis: what exactly causes dead water to slow down sea-going vessels? Hint: it's not sea-monsters or supernatural forces

Dead water is a term which describes the fascinating nautical phenomenon whereby the speed of a vessel slackens suddenly, and dramatically, with no apparent cause observable from the surface of the ocean. Descriptions of the phenomenon can be traced back to the early seafarers of antiquity, for whom it must have been a very frightening and mysterious experience indeed. This is reflected in the quite outlandish (and unscientific) range of causes they put forward to explain dead water: sea-monsters, submarine magnetic rocks, supernatural forces and hordes of fish sticking to the ship’s body (an explanation attributed to the Roman-era Pliny the Naturalist).

Despite being a rich source of fascination and speculation for millennia, it is remarkable that the first scientifically plausible theory for dead water was only presented in the late 19th century by the oceanographer Vagn Walfrid Ekman. He investigated dead water at the behest of the Norwegian explorer Fridtjof Nansen, who encountered it on the voyage of the Fram through the Arctic Ocean in the 1890s.

"When caught in dead water," Nansen wrote, "Fram appeared to be held back, as if by some mysterious force, and she did not always answer the helm. In calm weather, with a light cargo, Fram was capable of 6 to 7 knots. When in dead water she was unable to make 1.5 knots. We made loops in our course, turned sometimes right around, tried all sorts of antics to get clear of it, but to very little purpose".

Aside from his verbal descriptions, Nansen also performed a number of physical measurements and observations which Ekman investigated, leading to an ingenious explanation: dead water is due to internal waves which can be generated at the interface separating two fluids of differing densities. These waves, if sufficiently large and fast, are capable of impeding the progress and steerage of ships at the surface, a phenomenon demonstrated nicely by this video

Restoration forces for internal waves tend to be small compared to surface waves as density differences between adjacent fluid layers are appreciably smaller than those between water and air. Accordingly, the resulting waves can exhibit remarkable physical properties. Internal waves can easily achieve large amplitudes (tens of metres) and long wavelengths (many kilometres). They tend to be slow and can possess periods (time between repeats in oscillations) of many hours. Density discrepancies between fluid layers provide the mechanism for internal wave propagation. However, possible sources for their generation are multifarious including tidal forces, submarine earthquakes and volcanic eruptions, or the aforementioned ship motion.

Aside from being an interesting feature of physical oceanography in their own right, internal waves have important implications for the large-scale circulation of the ocean (and atmosphere), with associated ramifications including climate change. Internal waves are also important components of the transport of underwater marine life, at scales both small (for example, plankton) and large- dolphins moving gracefully (and with much speed) ahead of a moving ship are most likely "surfing" the internal waves it generates. Away from the ocean, it has been posited that internal wave-related activity might be one possible explanation for the Loch Ness monster!

In most of the ocean, and particularly in equatorial regions, water temperature is the primary determining factor for fluid density. Salinity (salt content) is another appreciable factor, with low salinity contributing to density fluctuations in the ocean principally at high-latitude regions where precipitation is high; at coastal regions where freshwater run-off mixes with surface waters; or in polar regions where sea-ice processes predominate, as experienced by Nansen in his Polar explorations. Whether due to temperature variations, or salinity, one may encounter layers of differing fluid densities lying adjacent to each other throughout the ocean. Internal waves propagate along the thermocline separating layers of warm/cool water, playing a key role in many descriptions of the (still largely unexplained) El Niño phenomenon.

An explainer from the UK Met Office on El Nino

A scientific description of water waves in general is very difficult, and matters are even more obfuscated for internal waves as they are not easy to detect or observe directly (for humans, if not dolphins) for obvious reasons. Indeed, dead water is one isolated phenomenon whereby internal waves make their presence felt at the ocean’s surface. Thanks to recent technological advances, we may now observe internal waves (or, more correctly, surface manifestations of their motion) if the conditions are suitable. The internal motion of wave crests and troughs results, alternately, in rough or smooth patterns forming on the otherwise flat ocean surface. When the sun-glint is reflected and scattered off the water surface in different patterns, these patterns can be observed, and photographed, by astronauts in low-Earth orbit.

The ability to photograph internal wave motion is highly informative and beneficial, and furthermore a multitude of physical data and characteristics may now be measured and determined through additional advancements in oceanographic technology. However, it is worth remarking that the knowledge facilitated by these technological advances is primarily observational in nature.

In order to further our knowledge of internal waves – to better understand, and predict, the underlying motion induced by internal waves – an advance in our theoretical understanding is vital. This is a highly-nontrivial aspiration since the equations governing fluid motion are complex and intractable in their own right. Furthermore, they must be solved on a domain which is continually moving since the (a priori unknown) wave-surface forms one of the boundaries.

This all leads to an extremely complicated mathematical formulation for the water wave problem. Following a number of theoretical breakthroughs and advancements, mathematics has been playing a significant role in the understanding of internal water waves. Highly sophisticated (yet low-tech!) mathematical models and solutions have been derived which capture internal waves of large-amplitude. These solutions are highly nonlinear, and represent a significant advancement on greatly simplified standard ad hoc oceanographic models.

Mathematical research has recently further managed to incorporate the Coriolis effects of the Earth's rotation into nonlinear models and solutions. This is a vital component to modelling large-scale processes (both waves and currents) that predominate in the real-world, in both the ocean and the atmosphere. Mathematics is an international language whose implementation requires knowledge, expertise and creativity, without a strong dependence on technological or financial resources. It is therefore highly satisfying and exciting that these recent advances have involved contributions and collaborations from researchers throughout the world, featuring a strong Irish presence from mathematical communities in Cork and Dublin.

Internal waves are a fascinating phenomenon which were other-worldly and almost completely misunderstood, both heuristically and scientifically, until quite recently. Their systematic study offers a unique opportunity and challenge for research, involving several disparate scientific strands. Recent breakthroughs employing pure and applied mathematical techniques have achieved a theoretical understanding of large-scale, nonlinear phenomena. This is an exciting foundation on which to base future research, particularly in an Irish context with potential implications towards achieving a greater understanding of oceanic, atmospheric and climatic processes.

Dr David Henry is a Lecturer in Applied Mathematics at the School of Mathematical Sciences at UCC. He is a former Irish Research Council and Science Foundation Ireland awardee