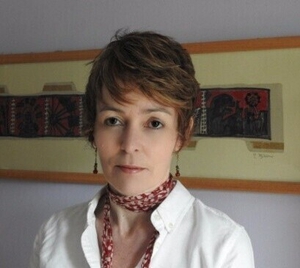 Analysis: the US president was closely associated with the Berlin Wall and the end days of the Cold War

A three metre by one metre piece of the Berlin Wall stands high up in the hills of California, not far outside Los Angeles. Segments of the wall were scattered worldwide after its fall 30 years ago, but this large chunk found a resting place of historic resonance. The section is eye-catching – brightly graffitied with pretty pink flowers and a giant butterfly – and overlooks the Pacific coastline far below. It's home to the Reagan Presidential Library where the archives of former US president Ronald Reagan are stored. This chunk of the Berlin Wall was presented to the museum and archives by an East German commemorative organisation in 1991.

By the time the wall fell on November 9th 1989, Reagan had handed over the keys of the White House to George H.W. Bush, but his tenure in office is closely associated with the end days of the Cold War. Reagan had called on Soviet leader Mikhail Gorbachev to "tear down this wall" just two years beforehand during a speech at the Brandenburg Gate in Berlin.

Prescient though that appears now, there was little inkling at the time of the dramatic changes imminent in world affairs and how the international system would be upended with the subsequent dissolution of the Soviet Union in 1991. During Reagan’s first term in office, relations between the two superpowers had taken a decidedly frosty turn. He oversaw a time when the world came closer to a nuclear war than at any other time since the Cuban Missile Crisis in the early 1960s.

Reagan’s early adulthood was spent as a Hollywood actor developing skills that contributed to his eloquence and poise as an orator. During these years, his political leanings skewed from Democrat rightwards. He was also a strident anti-communist and demonstrated this during his presidency with confrontational speeches berating the Soviet Union as an "evil empire" ruled by "godless communists". This belligerence alarmed Moscow leading to growing paranoia and anxiety amongst its officials that tensions could precipitate a "miscalculation" and trigger a Third World War

In November 1983, these concerns very nearly became a reality with the commencement of a NATO military simulation exercise code-named Able Archer 83. The purpose of this war game was to prepare and practise for a nuclear confrontation with NATO’s Warsaw Pact adversaries. 19,000 US troops were airlifted to Europe in a show of resolve and the alliance mobilised troops throughout western Europe. While such military exercises were yearly occurrences, key differences on this occasion, along with the strained relations between the superpowers, led the Soviets to believe that a NATO attack on the USSR may have been underway. Moscow readied its nuclear forces in response. A pre-emptive strike would be the only way to assure survival.

From US National Archives, the secret history of Able Archer 83

Ultimately, the Soviets held their mettle, but Reagan was rattled when reports reached him of their misperception of events. He profoundly feared nuclear war and was deeply concerned that Able Archer could have precipitated one. He was also dismayed that Moscow believed that the US would actually launch an unprovoked first strike attack on them.

These fears prompted him to take proactive steps to open up a dialogue with his Soviet counterparts to ensure such a misunderstanding would not re-occur. He would go on to establish good relations with Gorbachev when he assumed the Soviet leadership in 1985. The leaders held a number of summit meetings where they thrashed out agreements on their nuclear forces which would significantly ease tensions.

Gorbachev sought to normalise relations with the US in order to focus his energies on long-overdue domestic economic and political reforms. It was in this context that Reagan's Berlin speech called on the Soviet premier to take his new policy of glasnost to its next logical step and allow free travel from the Soviet sphere.

Construction on the Berlin Wall began in 1961. While the East Germans characterised it as a necessity to prevent Western fascists entering and undermining their socialist state it’s true raison d’etre was to deter defections from the eastern sector of the city to the west. Berlin lay deep within East Germany and remained partitioned after the Second World War among the victorious allies. These divisions crystallised into an east/west divide as the Cold War chilled relations. Nothing symbolised this division more powerfully than the Berlin Wall.

As Moscow’s influence on states in the USSR waned in spring 1989, Hungary announced it would open its border with West Germany. This resulted in East Germans flocking to Hungary en route to the West and te West German embassy in Budapest had to shut its doors to cope with the numbers seeking visas. Soon too, the city of Prague in the former Czechoslovakia was inundated with East Germans seeking exile. Exasperated, the Czech communist party leadership demanded its East German counterparts regulate the situation.

The East German leadership reacted with draft regulations that eased travel restrictions, but were designed to slow the flow of emigrants. However, the official who faced the media to announce these changes mistakenly stated that they would come into effect "immediately, without delay". As word spread, crowds of East Germans gathered at the border checkpoints along with international media. At one of the bigger crossings in the city centre, a senior official agreed to open the gates which prompted other checkpoints to follow suit and East Germans flooded through. Impromptu celebrations broke out and Germans began to chip away the wall’s edifice for souvenirs.

From Vox, the mistake that toppled the Berlin Wall

The rapidly unfolding events in East Germany caught most observers by surprise and, while overwhelmingly welcomed by the media and public, world leaders reacted with caution. Concerns focused on the possible re-unification of Germany. Just two months before the wall began to crumble, British prime minister Margaret Thatcher advised Gorbachev that "Britain and Western Europe are not interested in the unification of Germany". On November 14th, French president Francois Mitterrand told the Soviet leader that he had no interest in upsetting the existing "equilibrium" in Europe. US president Bush’s low-key reaction prompted queries from the media on why he was not expressing more elation to which he responded "I am not an emotional kind of guy". 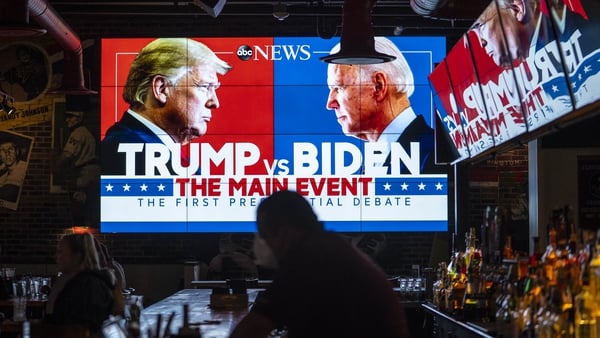