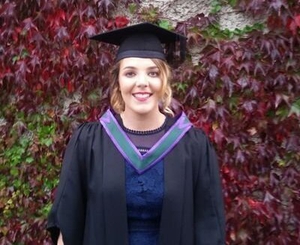 Opinion: community courts target offences that impact the quality of life of those who live in the area surrounding the court

The problem-solving court is a justice innovation that has spread rapidly since its inception in the United States. These are court hearings that operate differently to normal criminal courts, as they seek to address a particular problem. One example is a drug treatment court, which usually aims to reduce drug use by people who are being prosecuted (we have one here in Ireland, located on Green Street, Dublin).

A community court is another type of problem-solving court, specifically created to deal with low-level crimes in the community in which it is situated. Community courts target offences that impact the quality of life of those who live in the area surrounding the court. It is important that a community court is located in the same area as the issues it plans to address, that the members of this community have their say in what those problems are, and that they also have some input into how these problems are dealt with. With this type of court, there is a focus on a speedy response to low-level, one-off and repeat offending in areas where this kind of offending impacts on the quality of life of its residents.

The first community court was set up in Midtown, New York in 1993 and was followed in 2000 by the Red Hook Community Justice Center in Brooklyn, New York. These two community courts were considered to be so successful that the concept quickly spread across the US. Outside of the US, community courts have been set up in Canada, Australia, Israel, and in South Africa.

They Treated Me Like a Person: Inside the Community Justice Center

The Red Hook Community Justice Center operates as both a community centre and a court. You do not need to be at odds with the law in order to avail of the many on-site services. The Red Hook court is home to social workers, housing services, drug and alcohol treatment services, job training, high-school diploma programmes, community service programmes, restorative justice programmes, and youth court programmes.

The court has been presided over by Judge Alex Calabrese since it opened. Calabrese sits at eye level with the defendants and speaks directly with them, rather than down to them. He finds out what the defendant is struggling with and why they committed a crime before immediately linking them with the most suitable service.

Defendants are usually sentenced to clean graffiti and attend drug treatment rather than to jail or to pay a fine. Those sentenced at the court walk straight out of the courtroom and are led straight to the agency they have been linked to. Community service orders often begin on the same day that the defendant has appeared in the court. Evaluations have found that compliance with an order from Red Hook is monitored much more closely than in traditional courts, and it is less likely for defendants to leave court without any sentence in Red Hook than it is in a traditional court. The Red Hook approach is clearly one of accountability and respect, which has had the added benefit of improving local residents' perceptions of procedural justice.

The Red Hook Community Justice Center gained the support of locals in the first instance by involving them in its establishment through the use of focus groups, interviews and community meetings to find out residents' concerns. The community remains an integral part of the court and many community members have been hired as staff or volunteer at the centre. This is important because without the support and involvement of the local community, a community court will have failed before it has even begun. Research has found that re-arrest and recidivism rates have reduced significantly in the catchment area surrounding the court and has done so in such a way that is cost-efficient from a taxpayer perspective.

For Ireland, a country that retains strong community values, this could be an answer to the problem of local, low-level crime. A pilot community court programme for Dublin city centre has already been recommended by both the now defunct National Crime Council and the Joint Committee on Justice, Defence and Equality. A Working Group of Justice Sector officials was set up in 2014 to consider the options available for putting a pilot programme in place, but their findings were not made publicly available.

The first step would be to figure out how much it would cost to implement and successfully run a community court pilot programme, and whether it would be feasible to do so. Just as important is deciding where to establish the court and doing the necessary groundwork in order to get the local community engaged with the programme. There has been a much greater focus on the benefits of multi-agency work in recent years, but it is apparent that Ireland suffers from a lack of collaboration between different agencies. With the community court model, the relevant agencies would all operate under the same roof and be available both to each other and to those who need them most.