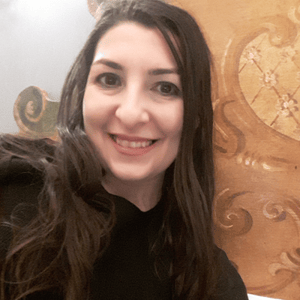 Opinion: the values embedded in a product's design are just as important as engineering artefacts and technological developments

If you were to picture an engineer's work day, the image that comes to mind will probably be of a person developing a new product in a lab or carrying out complicated technical calculations. You would probably not picture that person reflecting on the values embedded in a product's design or whether the technology created might cause prejudice to users of certain backgrounds.

Yet ethical concerns are integral to engineering artefacts and technological developments. It is essential for designing a bridge that will not collapse, a device that would not detect a car’s high carbon emissions or the development of an algorithm for a self-driving car that might kill its owner to save five lives of passers-by,

Engineering is more than a technical endeavour; it is also a social, political and ethical enterprise. Italian architect Stefano Marzano considered design to be a political act: "every time we design a product we are making a statement about the direction the world will move in."

This seems to be the case if we consider, for example, the bridges in Long Island designed in the 1920s by Robert Moses. Their low height would not allow buses to pass underneath towards a nearby recreational area. This was a time when people of colour and South American immigrants would typically not own an automobile and had to rely on public transport. Such bridges stand as a display of both the engineering expertise of their designer and proof of his views about race and social class.

This bias goes beyond search engines, also affecting electoral politics and credit scoring. Financial services nowadays rely more and more on predictive algorithms to determine the suitability of a credit application, by estimating the probability that an applicant will default. They do so by determining the percentage of individuals deemed to share similar characteristics with the applicant that have in the past defaulted on their loans. Race appears to be one of the variables taken into account in this predictive analysis, resulting in a low percentage of credit applications approved for people of colour.

The heart of the matter

Artificial hearts are another example of an engineering device that can inadvertently prejudice a category of users. Recent findings show that artificial hearts fit only 20% of women due to their smaller chest cavities, having the characteristics of the male body as standard. The first generation of voice recognition technologies also omitted to consider the features of women. The testing protocols did not take into account that the product would fail to recognise female voices due to their higher pitch because the testing was done in male environments. These two examples are a reflection of the male perspective which still prevails in technological design, leading to products that are neither suitable nor safe for female users.

If we move from the artefacts designed by engineers and consider the characteristics of engineering practice, we find examples of the nontechnical dimension of engineering. The events leading to the Challenger space shuttle disaster show that engineering decision-making is not relying exclusively on objective measurements and absolute facts. The collaborative context in which engineers work also bears an ethical weight on the outcome of this process.

In her book about the Challenger space shuttle, Diane Vaughan coined the term "normalization of deviance" to refer to the characteristics of the work environment that tacitly affect decision-making, highlighting how the incremental deviant behaviour of team members can in time become routine. In the case of NASA, what was deemed "safe" by the engineering team responsible for the shuttle launch was incrementally altered. Given their history of successful launches, where higher and higher risks payed off, the team grew confident to move the threshold of acceptable risks. This culminated in the decision to launch the Challenger shuttle on the coldest day registered for a test, although a technical component was susceptible to failure at cold temperatures.

These examples show that we need ethically aware engineers as well as engineering programmes that provide students with a complete view of what the engineering profession entails. Engineering education should focus on the development of problem solving skills and technical expertise, but also on the careful consideration of the values embedded in engineering designs and fostered during institutional decision-making.

Diana Adela Martin is a PhD researcher and assistant lecturer at the College of Engineering and Built Environment at TU Dublin,