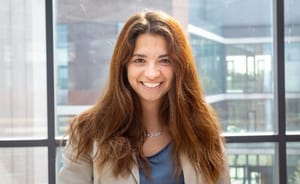 Analysis: there are many common factors in the thousands of decisions we make every day.

Trying to find the ways we process and finalise decisions has been the focus of researchers in many disciplines, including philosophers, economists and psychologists. The different disciplines seem to take different approaches on how to study decision making. Economists seem to focus more on what we should ideally do to make a right choice or decision, while psychologists are more preoccupied with what decisions we actually make.

Researchers at Cornell University have estimated that, on average, we make thousands of conscious decisions every day. Some decisions are made very fast, in milliseconds sometimes, and many of these decisions are the ones that are directed by our "gut feeling" or a "take-the-first-option" approach. Others are made under pressure, and some others take time and careful thought to make. Others are based on previous experiences and learning – adaptive decisions or are strongly affected by anticipated rewards – reward-based decisions, or punishment, while there are certainly decisions that are affected by both learning and anticipated rewards or punishment.

Some of us stick to what we are already used to doing and/or feel safe with. Some others take a risk when making a decision and go for the unknown, the unfamiliar, the difficult, the innovative option. Actually, risk very much affects our decisions, which can be divided into risky and riskless. It is logically more probable to make a bad decision when more risk is involved. It's more or less risky to put a bet compared to the riskless decision between eating pasta and eating pizza. Benefit can also affect our decisions - and definitely the balance between risk and benefit directs it - although this balance can be perceived differently based on influential factors such as our affective/emotional state and time pressure at the time of the decision.

The role that memory plays in making decisions, and sometimes bad decisions, is very relevant

Many of the decisions we make are based on probability judgements on the possible outcome(s) and whether perceived probabilities prevail over objective probabilities. In which case, it is more possible to make a bad decision. Perceived probabilities (ie our perception of potential outcomes of a decision) which can be affected by recent events and experiences, emotional state and other factors, can lead to more mistakes and bad decisions made, as shown by relevant human experiments some of which were conducted in the late 1970s and early 1980s.

For example, recent detailed and vivid information of a plane crash may deter somebody from using a plane for their long trip compared to getting the train, when their first choice could make their trip faster and more comfortable. In this case, the perceived probability (travelling by plane is perceived to be more risky than would objectively be), affected by recent events, information and emotions (i.e., fear), prevails over the objective probability, which would suggest that a second plane crash is highly unlikely.

The role that memory plays in making decisions, and sometimes bad decisions, is very relevant here. We can make a bad decision because we tend to give more weight to recent readily recalled information. Furthermore, the emotional state of an individual can very much affect the decisions we make.

Another factor that can play a role in making (bad) decisions is whether we need to make a choice between two or more options and whether these options are more or less representative of a specific category. This is what researchers in the decision-making field would call "representativeness". For example, if we're asked to eat some fruit and choose between an apple and a tomato, it is more likely that we will choose an apple (it appears more representative of the category "fruit"), although tomato is also a fruit (a berry)! Such judgements can also lead to bad decisions.

Based on all the factors above, IQ level does not play a role in making a decision so having a high IQ does not warrant right decision making in our lives. Smart people can still make many bad decisions, affected by a variety of influential factors, including emotional state, circumstances and perceived judgement.

So what happens in our brains when we make decisions? For years, neuroscientists have tried to understand how each one of these decision-making processes are reflected in brain functions. The frontal lobe, which is located at the frontal part of our brains right inside our forehead, appears to be responsible for planning, thinking and making choices. Conversely, damage to the brain's frontal lobe is known to impair one's ability to plan, think and make choices or decisions.

One example of brain activity during the decision-making process derives from extensive research by distinguished neuroscientists, including the work of Antonio Damasio, which has shown that patients with damage in their prefrontal cortex exhibit impaired emotional responses (also reflected by low level somatic responses, which would normally alarm of some potential risk or danger) leading to bad decisions in risky conditions.

Another example refers to the anticipated rewards and their neuronal basis. Early animal studies by Olds and Milner starting from the early 1950s identified a reward system in the brain, areas of which seemed to be activated at different levels as a result of the level of rewarding, desirable, pleasurable or more favourable option in the decision making process induced by direct electrical stimulation.

The stronger a decision may activate our brain reward system, the more possible it is for us to make that decision again. Recent imaging studies in humans have also shown that the activity of dopamine neurons (i.e., specific types of functional cells in our nervous system which release the neurotransmitter dopamine) in the orbitofrontal and the posterior cingulate cortex of our brains is very much based on the anticipated rewards received upon making a decision.

Dr Stella Vlachou is an Assistant Professor of Psychology at the School of Psychology and Director of the Neuropsychopharmacology Section of the Behavioural Neuroscience Laboratory at DCU.