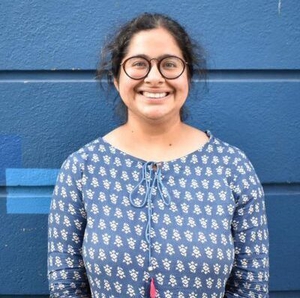 Opinion: The publication was influenced by the little magazine movement which flourished worldwide in the 1960s and 1970s

In 1960s and 1970s, the little magazine movement flourished across the world. These magazines provided platforms for new poets, essayists and short story writers, and also often contained illustrations, and art. Mostly, they were the authors' self-published ventures which allowed them to locate their writings outside mainstream publishing and defy the censorship of the gatekeepers of the big presses. The editors and authors of the littles commonly relied on mimeographs and stencilling equipment and placed printing machines in their own backyards.

In Dublin, literary magazine Icarus was launched in 1950. While it relied on the infrastructure of Trinity College Dublin’s press, it was substantially influenced by the movement unfolding in different parts of the world which aimed to provide unbridled expression to emerging authors in the communities in which they lived.

Both the magazine's epigraph and title expressed pessimism in relation to its survival. Alluding to the myth of Icarus, whose hubris and intent to soar high took him too close to the sun and melted his wax wings leading to a mighty fall, the editor states: "Remembering the eagle’s high adventure/Eager to resume the ethereal search/I sit in the suburban drawing room— /A clever parrot on a polished perch."

These doubts were characteristic of small publications which could not be sustained because of lack of financial support, absence of dedicated contributors and reliance on self-distributing networks. But while the epigraph of the first edition prophesised disaster, it was also, noted Bruce Arnold, an "insurance against it".

Icarus provided space for spontaneous expression of creative energies. Although, it employed a chairperson, the editor's title was circulated among its contributors and the editorial intervention and censorship in the name of quality control was minimal. Trinity College Dublin welcomed students from across the world as early as the 1950s so the demographics of the university's undergraduates allowed voices from various cultures to find expression on the pages of the magazine.

Icarus’s content greatly improved in the 1960s when now internationally acclaimed authors like Michael Longley, Derek Mahon, Eavan Boland and Eiléan Ní Chuilleanáin began writing along with the magazine’s regular contributors like Brendan Kennelly. Describing the literary scene in Trinity College in the 1960s, Mahon writes, "what we had then— Brendan, Rudi [Holzapfel], Michael’n’ Edna [Longley], Deborah de Vere White and the late, still unappreciated Ronnie Wathen— was time and leisure to make our first mistakes and perhaps to learn from them. Our four undergraduate years developed in us a slower pace of thought, a respect for reverie and the long duree, which is one of the luxuries of artistic life".

Several soon to become significant literary figures came together In the 1960s in Dublin, particularly in Trinity College Dublin. The city was witnessing the beginning of cultural activities which would make it an important centre for literary expression. During the same time, The Dubliner (founded in 1961) and Poetry Ireland (founded 1962) were established.

Little magazines like Ed Sander's fuck you, Poetry Northwest and several other titles that came during the little magazine boom  were considerably invested in the architecture of the productions and used fonts and illustrations to convey important literary messages. Although Icarus particularly focused on the verbal content, it also provided a platform for visual artists to express themselves. June 1962 issue’s editorial stated, "cover design, typography and layout […] are more than aids for digestion. They are the visual extension of a writer’s vocabulary just as illustrations may be" (Icarus June 1962).

The contributors and makers of Icarus explored the interconnectedness of arts and used the visual and tactile dimension of the page to convey their message. The covers of the magazine began to be designed by artists, graphic designers and illustrators. The March 1960 issue presented a harp and other symbolic images associated with Ireland; the June 1962 issue had a cover designed by the graphic designer Richard Eckersley and the December 1962 cover was designed by John Marshall, designer of a popular Dublin magazine, Observer.

As the technology of production evolved, Icarus underwent significant changes and its current avatar as an online magazine has allowed much more experimental works to be incorporated. The magazine possesses a rich heritage, as it played an important part in giving expression to the bohemian Dublin of the 1960s, and it is seminal in continuing to attract originality and experimentation despite its humble location within a university.

What do poets have to say about isolation and quarantine?