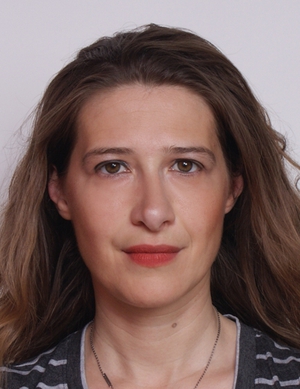 Opinion: the current Chilean crisis can only be resolved by political means that require political ability and competency

For nearly a month, thousands of people have been protesting in Chile. They have filled the streets of Santiago and many other cities to show their outright rejection of a socio-economic model that is showing its unsustainability there and elsewhere in Latin America and worldwide.

Chile is where the neoliberal model was first adopted in 1973, when Augusto Pinochet's CIA-supported violent coup d'état overthrew the democratically elected Salvador Allende government. That dictatorship faithfully implemented an economic model that imposed privatisation of all public services and goods, including health and education. Harsh repression and mass human rights violations were carried out during the next 17 years.

While Chilean protests are raising hopes for those believing in a more equal and fairer world, Sebastián Piñera's government is responding to the protests with an exceptional use of force. They are also invoking draconian measures and strategies reminiscent of the past dictatorship to contain the demonstrations that have attracted millions of Chileans. Introducing a state of emergency and curfews, and the excessive use of force by security forces, is a totally unacceptable reaction from a country that claims to be one of the most democratic in the region.

From RTÉ Radio 1's News At One, Aislinn Laing, Reuters' senior correspondent in Chile, on the continuing clashes between police and protestors

"We are facing serious violations of human rights," the director of the independent National Institute of Human Rights (INDH), Sergio Micco, recently said. According to the Institute, which constantly monitors hospitals, police stations and demonstrations across the nation, 23 people have been killed and over 5,600 people are currently detained. There have also been reports of torture and sexual violence against women, men and adolescents. More than 2,000 people have been wounded during the protests.

The most terrifying act of violence has been the targeting of protesters' eyes in a systematic way: there have been nearly 200 cases of reported eye losses from the beginning of the social demonstrations. The Chilean Medical Association has protested about this, as the reported number of ocular rubber bullet injuries is unprecedented compared to other public demonstrations worldwide.

Chile has been regarded as one of the most successful economic models in Latin America. However, behind the macroeconomic data, the country is one of the most unequal and unfair socio-economic system in the region. Since the return of democracy in 1990, the political elites have been unable and unwilling to reform the economic system imposed by the Pinochet dictatorship.

From AP Archive, a report on an anti-Pinochet rally in London

The excessive use of force and the violence the government is using against its own people can never be the answer to people’s demands for social justice and more equity. Chile is obliged to respect, protect and fulfil the human rights obligations it has uphold. The Chilean crisis can only be resolved by political means that require political ability and competency. However, the measures the government has taken and the even stricter measures the Congress intends to approve to halt the demonstrations only shows the inadequacy of the current political class. The state has an obligation to respect people’s right to protest and to isolate those who resort to violence, so that everyone in the country can enjoy their rights.

After many days of violence and clashes between protesters and the security forces, President Piñera has proposed new social reforms, including a rise in the minimum wage, an increase of the state pension and other related measures. However they are considered to be too little too late. Chilean people are demanding a Constitutional Assembly that would finally re-write the Constitution, which was adopted under the dictatorship and that lacks any social legitimacy. Chileans are also demanding major structural reforms of the socio-economic system. It is the legitimate right of the Chilean people to freely determine their political status and freely pursue their economic, social and cultural development.

The international community, democratic countries and world's democrats should all stand in solidarity with Chile and strongly support its people

At the moment, the government seems not to have captured either the frustration or the demands of its own people, whose protests have been peaceful in the majority of the cases. Although sparked by different and localised reasons, protests around the world in Ecuador, Lebanon, Iraq and Bolivia share the same underpinning distrust in their ruling elites and utter rejection of the social inequalities and unfair systems that exist in their countries. The international community, democratic countries and world’s democrats should all stand in solidarity with Chile and strongly support its people because Chileans are fighting a world’s fight and not just a Chilean one.