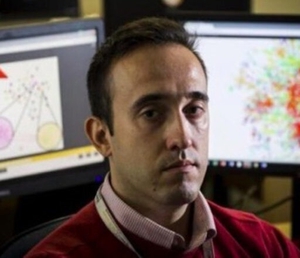 Analysis: modern mathematical tools can provide police forces with a greater understanding of how crime and criminal gangs work

In the Foundation science fiction book series, Isaac Asimov tells the story of a mathematician that creates the fictional discipline of psychohistory by combining history, sociology and mathematics to make general predictions about the future behaviour of humankind. Almost 70 years after its debut, the book series has inspired not only Hollywood, and other fiction writers, but also scientists from a variety of fields with attempts to predict financial crisis and civil unrest, the evolution of cultural patterns and even understanding criminal behaviour.

The idea of using mathematical methods to model criminal behaviour is not actually new. The concept dates back to the 19th century, but the application of modern mathematical tools to better understand crime has gained momentum recently. For example, criminal activities are known to happen unevenly in space and time. Occurrences usually concentrate in few locations, and researchers have found that the distribution of crime in a city can be approximated by a statistical distribution called power-law that depends on the type of crime.

Mathematical analysis has also shown that burglary (property crime) tend to concentrate geographically more than robberies (a violent crime committed against a person). Crime tends to have not only geographical regularities, but also time-based ones. Studies using a mathematical technique known as wavelet analysis have demonstrated that the occurrence of crime in cities have an annual rhythm in a phenomenon similar to the circadian rhythm of animals - that is, the sleep-wake cycle that repeats roughly every 24 hours.

From RTÉ Radio 1's News At One, RTÉ Crime Correspondent Paul Reynolds on a Dublin gang leader, involved in a feud that lasted over a decade and cost 16 lives, sentenced to nine years for manslaughter

The applications of network science to crime fighting are even more remarkable and this relatively new field of research has proven to be very efficient in studying criminal systems. Broadly speaking, network science is the quantitative study of relations between connected elements that together form complex entities known as networks. Mathematically speaking, a network of people is a set of individuals (vertices) that are interconnected (via edges) by social relationships so if these vertices represent criminals, we have what is called a criminal network. How these individuals connect follows well-known mathematical patterns that can give us insights on these crime webs.

You probably have experienced a power blackout and these outages usually occur when only a few power stations of strategic importance fail. The result is a dramatic loss of the electric power network supply to end users.

Police interventions that do not take into account the position of individuals in the criminal networks are proven (mathematically!) to be ineffective in the long run.

Like the strategically important power stations, targeted investigations aimed at the small number of criminals mathematically prominent in the criminal networks can break up these illicit rings very rapidly. For example, the Brazilian network of individuals involved in federal crimes can be broken up by the removal of only 2% of criminals and targeting these specific individuals prevents the creation of new criminal webs. Using social network analysis, the cities of Kansas and Chicago in the United States have recently reduced by 23% and 32%, respectively the number of gun fights and gang victimisation.

The motivation of each criminal ring changes its mathematical properties. Organised crime networks tend to be different from terrorists cells, which in turn are similar to paedophile rings. A recent mathematical analysis of a child abusers forum on the deep web acquired by Brazil's Polícia Federal after Operation Darknet has shown that it is much more resistant to police interventions than other typical criminal networks. The data analysis has also shown that less than 7% of individuals were actually responsible for creating paedophilic content online, and police could break down more than 60% of the network activity using network science approaches.

However, there are many limitations and criticism to the blind application of mathematical and scientific tools to society. In The Foundation series, the key character, Hari Seldon, introduces an incompleteness principle to his psychohistory: if a population has knowledge of its predicted behaviour, its actions become unpredictable. In fact, humans have purposeful behaviour, and some even argue that scientific data itself are insufficient to describe human action.

Nonetheless, evidence shows that most human collective behaviour is well described by mathematical and physical science tools. The deep knowledge of these patterns gives us a valuable upper hand in the fight against crime, helping police tailor effective strategies that are scientifically proven to drastically reduce criminality.

From RTÉ Radio 1's Morning Ireland, Sean Redmond from the University of Limerick on his Greentown study into how children become involved in crime networks

In Ireland, co-operation between the School Of Law at UL and An Garda Síochána resulted in the Greentown project that tries to understand how young people are recruited by local criminal networks. The research, using state-of-the-art mathematical tools, has shown that the network structure in Greentown (a real but anonymised provincial locality in Ireland) acted as a gateway for children to more serious offences and criminal lifestyle. It is paramount to know how to really dismantle these gangs that are literally taking away the future of many Irish children.

READ: How Irish crime gangs are a hidden threat to child well-being

Dr Bruno Requião da Cunha is a postdoctoral fellow working with the Mathematics Applications Consortium for Science and Industry (MACSI) at the University of Limerick. He is also a Brazilian federal police officer.