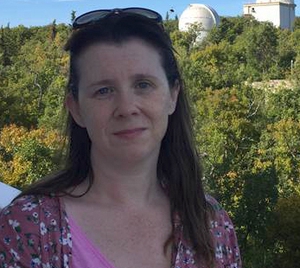 Analysis: more than 4,000 planets outside our solar system have been detected by astronomers to date.

The question of whether we are alone in the universe has long gripped humanity, and never before have we been closer to answering this question. Central to the quest of discovering life beyond our own world is the search for new worlds or "exoplanets", which are planets outside our solar system.

As of September this year, more than 4,000 exoplanets have been detected and over 3,000 of these are "not alone" meaning that they are part of a system of planets called an extra-solar system. The TRAPPIST-1 system is a stunning example of a planetary system.

Most exoplanets have been found by looking for the effect they have on the star which they orbit, their parent star. The first confirmed detection of an exoplanet around a star was made in 1995 using the radial velocity method and the ELODIE instrument on the 1.9m telescope, at Haute-Provence Observatory in France. Michel Mayor and Didier Queloz were awarded the Nobel Prize in physics this year for this discovery of an exoplanet.

Until the mid-2010s, the majority of exoplanets were found using this method, but transit surveys, using telescopes such as NASA’s Kepler space telescope, greatly increased the numbers detected using transit photometry. When used in combination, the radial velocity and transit methods provide the most information on the mass and radius of the exoplanets.

From RTÉ Radio 1's Drivetime, a report on a new European space mission aiming to find the Earth-like exoplanets most likely to harbour life

Secondly, the orbiting planet will cause a temporary dip in brightness of the parent star as it passes in front of it. Even though the reduction in the brightness of the star is tiny, modern telescopes are sensitive enough to detect this. This method is called "transit photometry’ and produces what astronomers refer to as a ‘light curve’.

However, the nature of these techniques means that the highest mass exoplanets are the easiest to detect while the signatures of Earth mass planets are much more difficult to pick up.

To better assess the potential of exoplanets for supporting life, we must become better at finding Earth mass planets within the habitable zone of their parent stars and directly studying them. The habitable zone is the distance from the parent star where astronomers think life is most likely to be present.

From RTÉ Radio 1's Drivetime, Graham Clifford looks at advances in Irish astronomy and discovers what our astronomers are up to

Both Earth and Mars lie within our solar system's habitable zone. Direct imaging - actually taking a picture of the planet - is the hardest way to detect an exoplanet, but very important for assessing if a planet has water on its surface and if any living organisms are present.

Astronomers including those in the Star and Planet Formation group in Maynooth University are also focusing on finding the youngest exoplanets. These planets, exoplanets which are orbiting around stars that are still forming, are important as they will help us to understand how planets form and therefore how our solar system formed. As the radial velocity and transit methods do not work well for these young solar systems, direct imaging is very important to this work. A further, more complex technique called spectro-astrometry (measuring small distances from spectra) could also be very important here and this is something being investigated at Maynooth University.

The European Southern Observatory (ESO) is leading the way in the detection of Earth mass planets and the characterisation of the potential of these planets for supporting life. In 2018, Ireland became the 16th member of this intergovernamental astronomy organisation which provided a huge boost to the astronomy community here. Notable ESO facilities are the High Accuracy Radial Velocity Planet Searcher (HARPS) and The Spectro-Polarimetric High-contrast Exoplanet REsearch known as SPHERE.

From RTÉ Radio 1's Morning Ireland. Paul Callanan from UCC on why Ireland becoming a member of the European Southern Observatory is such a big deal

The mission of HARPS is to search for low mass exoplanets using the radial velocity method, while SPHERE is an exoplanet imager and therefore hugely important for imaging young stars with planetary systems. ESO are currently building The European Extremely Large Telescope (E-ELT), which will be a 40 m class telescope. First light is planned for 2025 and the discovery and characterisation of exoplanets is a key part of the E-ELT science programme.

Dr Emma Whelan will give a public talk on Planet Hunters: How Maynooth astronomers search for new worlds on Monday October 21st at Maynooth University as part of Research Week. Admission is free but tickets should be booked in advance.

Dr Emma Whelan is a lecturer in Experimental Physics at Maynooth University. She is a former Irish Research Council awardee and is also a research associate at the Dublin Institute for Advanced Studies (DIAS)