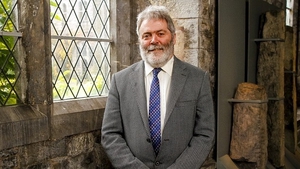 Opinion: we may know about the stories these remarkable books contain, but the materials used also tell a fascinating tale

In the mid-17th century, the schools of the old professional scholarly families were coming to an end. One of the last of those traditional scholars, An Dubhaltach Mac Fhirbhisigh from Co. Sligo, defined the all-embracing concern of these scholars as "the true knowledge of the earth and every knowledge known to people throughout the whole world".

Mac Fhirbhisigh was referring to the practice of seanchas, a combination of native history and tradition. Three other subjects – poetry, law and medicine – were connected to seanchas at many levels, and together they formed the core learned disciplines of post-Norman Ireland. One of the points of connection between them was the creation of individualized hand-made books (manuscripts) as a means for the conveyance and transmission of learning. In this way, the manuscripts that survive today are both symbols of a pervasive thirst for learning and repositories of the knowledge so gleaned.

The Irish book began life in early Christian times as a core element in a Latinate liturgical and scholastic environment: much of the Irish vocabulary of writing consists of Latin borrowings. After the Norman settlement and the reform of the Irish Church in the 12th century, cultivation of writing in the Irish language became the preserve of professional secular scholars. They continued to practise their learning and to produce manuscripts until the Elizabethan conquest brought elite Gaelic society to a sudden stop.

From RTÉ Lyric FM's Culture File, what a velum scrap from an Irish translation of Arabic medical textbook tells us about medieval Ireland

Many features united these books over time: the insular or Gaelic script, for example, and the growing interest in cultivating scholarship using Irish as the language of learning. Another common link was the materials, skins and inks, that were used to create them. Up to the end of the 15th century, all Irish manuscripts were written on animal skin. Paper began to appear as a high-end writing material at that time, but did not take over absolutely until over 100 years later.

While modern scholars have rightly concentrated on reading, transcribing, interpreting and translating the texts contained in these volumes, the manuscripts themselves, as artefacts in their own right, have received little sustained attention. Yet until we understand how the books were made, our knowledge of the machinery and materiality of learning in Gaelic Ireland will be incomplete.

It says much for the way in which the writing materials were taken for granted by the scholar-scribes themselves that we have no surviving description from medieval Ireland of either the preparation of the skins for writing or of the making of the inks. Our assumptions about those processes rely on accounts and practices from other countries and other traditions.

From RTÉ Archives, RTÉ News report by Vere Wynne Jones on how archaeological excavations in Dublin Castle in 1986 uncovered over 100,000 artefacts from medieval times, including remains of Viking Dublin

Physical examination of a book can tell us much about how it was assembled: the number of quires (groups of double leaves) ; how the pages were ruled; what kind of binding may have been used, and how many bindings there may have been. While we can deduce a lot by visual inspection alone,, we need to go further to analyse materials and employ the services of science and technology to help us understand these remarkable books, and to help us confirm, modify or refute our assumptions.

One of those assumptions is that the skins used exclusively in Irish manuscripts were calfskin (vellum). Yet we know, in the wider context of book production in Ireland at the time, that sheepskin, for example, was starting to appear in non-Gaelic books. We have no definitive species-register of Irish manuscripts and to create one involves protein-analysis. The work on this is just beginning in UCC, in collaboration with a network of scientists worldwide.

Analysis of pigments in illuminated and decorated initials in early, notable Irish manuscripts has been taking place sporadically since the 1990s, though little work has been done on the everyday writing inks. While our working assumption is that all inks are of the iron-gall variety, we have no register of the types of inks used in Irish manuscripts, nor has any knowledge been collected to date of the components of those inks.

Until we understand how the books were made, our knowledge of the machinery and materiality of learning in Gaelic Ireland will be incomplete

The chemical components can be identified by a type of spectroscopy known as x-ray fluorescence and other scientific processes are required for such organic materials as tree-bark, galls, resin etc. But this analysis will only give us the raw materials and a critical mass of comparative data needs to be assembled that will enable us to begin to identify (and reproduce) different recipes. Leading on from that is the question of whether recipes can be classified by region, or by scholarly family, or whether recipes changed over time.

This work is now beginning. As with all true research, the outcomes are not predictable. However, there can be no doubt that we will learn a whole lot more about what the medieval Irish manuscript really is along the way. In doing so, we hope to come closer to the personality of the books and of their creators.

Professor Pádraig Ó Macháin will be talking about the Irish medieval book in UCC's Relevance To You series in Cork on Tuesday October 22nd at 5.30pm. Admission is free but advance registration is essential. 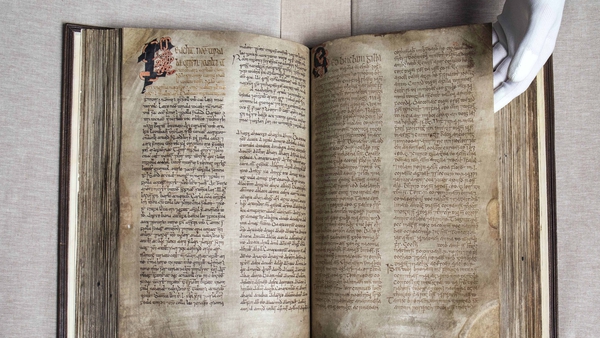 Why the Book of Lismore is so important