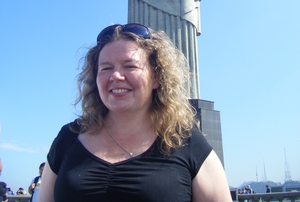 Opinion: Stormy Daniels' reaction to attacks on her have parallels in an 18th century response to a Jonathan Swift poem

It was reported in January 2018 that adult film star Stormy Daniels had been paid $130,000 two years earlier to sign a non-disclosure agreement about an alleged affair with Donald Trump. A political scandal erupted that focused both on the long-running issue of Trump's behaviour in relation to women, and on campaign finance.

Attempts to mitigate the potential damage to the President included personal attacks on Daniels’ credibility and integrity, including statements by Rudy Giuliani that Daniels had "no reputation...If you’re going to sell your body for money, you just don’t have a reputation". These comments echoed a centuries-old tradition in which the allegedly immoral nature of sex work is used to deny any legitimacy or credibility to those involved in it.

From RTÉ One's Nine News, report on how current US president Donald Trump reimbursed his lawyer for a payment to Stormy Daniels

But a remarkable feature of the scandal and its coverage is the response of Daniels herself, who has refused to allow her career as a "porn star" and accusations of sexual immorality to be used as a means to shame her into silence. Her use of Twitter, a relatively unregulated space where Giuliani's dismissals of her reputation are reiterated in much cruder and more vulgar language, is particularly interesting. The use of words such as "whore" is assumed to be so demeaning as to silence the woman accused, but Daniels displays an audacious refusal to submit to these rules. In response to a tweet stating that "men do not marry whores", for example, Daniels cheerily replies "I guess someone forgot to tell my husband … haha".

The way in which Daniels refuses to adhere to the script that is expected of women in the sex industry recalls one of the most interesting representations of a sex worker in literature. This was a poem written by the English aristocrat and poet Lady Mary Wortley Montagu in response to Irish satirist Jonathan Swift.

Swift was famous for poems such as "A Description of a City Shower", that dwelt in fascinated horror on the contents of London’s drains and sewers. In "The Lady's Dressing Room", he went even further, detailing the filth concealed behind the façade of a beautiful woman. The poem’s foolish lover goes so far as to delve, quite literally, into his beloved’s chamber pot, exclaiming in horror "Oh! Celia, Celia, Celia shits!"

From RTÉ Radio 1's Drivetime, Myles Dungan on the life and work of Dean Jonathan Swift

Montagu’s response to this poem was to see in it a misogynistic disgust towards women in general. Her poetic response, "The Reasons That Induced Dr Swift to Write the Lady's Dressing Room" satirizes Swift by proposing that "The Lady’s Dressing Room" had its origins in his humiliation by a sex worker. The poem opens with a description of Swift that stresses his elevated social status, referring to his "diamond ring" and "golden snuff box". The description of his "clean starched band" is a reference to his clerical office, thus an indicator of moral hypocrisy.

Having variously attempted to impress "Betty" with his literary talents ("he joked and punned, and swore and writ") and with boasts about his political connections ("what part he bore / In Oxford’s schemes in days of yore"), he is eventually brought to realise that money is the only way to gain "admittance to the bower". It is clearly very galling, then, that having spent so much time, effort, and money, he finds himself unable to perform. Enraged, he declares that the fault is not his, but that the stench and the filth of Betty’s room "would make a Hercules as tame / As any beau that you can name."

Humiliated by his own failure, Betty’s scorn and her refusal to return his money, he plays what he thinks is the trump card – he can destroy Betty’s reputation in print. In lines that suggest Montagu’s scorn for Swift’s Irish origins, he declares "I’ll so describe your dressing room / The very Irish shall not come". Betty’s response is unexpected and defiant: "She answered short, ‘I’m glad you’ll write; You’ll furnish paper when I shite"

By ending her poem with the same shockingly vulgar word that Swift had used to signal the lover’s crushing disillusionment in "The Lady’s Dressing Room", Montagu takes control of the narrative. In her version of events, the sex worker dismisses attempts to damage her reputation and her proposed use of his writings indicates the low value she sets on them. The strategy she employs is to rob the accusation of its power by accepting it, rather than rejecting it, but it's an insight deemed so worthless that Betty intends to use it as toilet paper.

Montagu would seem to have had little in common with the sex worker whose voice she creates in this poem as she was wealthy, well educated and socially very well connected. But by the time this poem was published, her early friendship with Alexander Pope, a close friend of Swift’s, had descended into a hostility which saw him lampoon her in print in the most predictable of ways – by insinuating that she was guilty of sexual immorality. Imagining and giving voice to "Betty’s" contemptuous reaction to "the Doctor’s" threat was one way in which Montagu could express her own response to the often anonymous print satires in which she was attacked.

The insults that have been directed at Stormy Daniels show that the means used to silence women have not necessarily changed over the centuries. Women who work in the sex industry continue to have an uphill struggle when it comes to asserting their credibility. Daniels’ strategy in dealing with accusations of immorality to undermine her reputation is striking, but it is not without precedent, as seen in Montagu’s daring and effective poem. 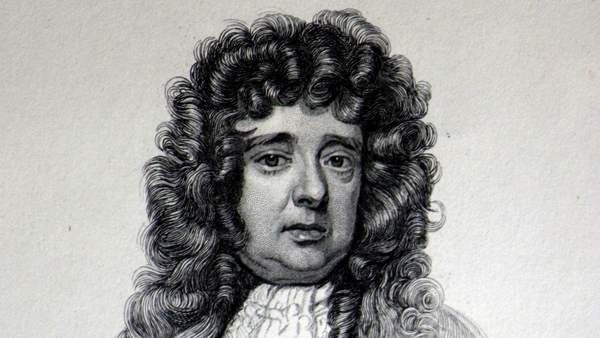 How Oliver Cromwell's doctor pioneered the use of statistics