Report: from harvest and pilgrimage to legend and lore about púca and the weather, Michaelmas used to be an important day in the Irish calendar.

The Feast of Michael and All Angels, also known as St. Michael's Day or Michaelmas, and which occurs annually on September 29th, was regarded as a highly significant day in the Irish calendar until the early twentieth century, but in modern times has become just another day of the year.

Long ago, the cycle of the agricultural year through the seasons was interspersed with annual fixed festivals. The quarter days were chief markers in this sequence of the year and were respected and observed.

From RTÉ Radio 1 News At One, Autumn equinox provides welcome surprise in the Conor Pass

Traditionally, on these days, debts were paid, leases started, and servants were hired. They were also 'gale days' when rent payments were due. In addition, Michaelmas was an important day in the Irish calendar, a time to arrange or settle contracts, a day to conduct legal transactions and even for the elections of mayors in some localities. It also marked the beginning of legal and university terms, and in some areas, the beginning of the hunting season and the end of the fishing season.

Michaelmas is linked with the shortening of days as autumn gathers apace the colder days begin.

From RTÉ lyric fm Gloria, On today's show music For the Feast of St Michael and All Angels including Masses by Haydn and John Taverner and music from 12th century Paris and 21st century Finland

St. Michael himself is believed to be one of the main angelic warriors who fought against Satan and his evil angels. In art he is often depicted with a sword, vanquishing a dragon that represents the devil. He is regarded as a spiritual guardian against the dark of the night and considered a champion of justice and the protector of the Church.

The harvest of geese

"On Michaelmas night by right divine/ The goose is chosen to be the swine".

According to custom, the harvest had to be finished by Michaelmas. Geese, having been hatched in the spring, were let out to feed on the stubble in the fields after the harvest. They were well fattened by the time of Michaelmas and hence were deemed to be at their finest. Thus, Michaelmas became also known as Goose Harvest, and traditionally the "Michaelmas goose" is roasted and eaten on that day. Some people offered killed and plucked geese as gifts to friends, while others distributed them to the poor. In some parts of the country sheep were slaughtered and the meat divided amongst poor and known as St. Michael’s portion.

Although the association of geese with Michaelmas is found in other parts, in Ireland it is said to arise from a legend about the son of an Irish king that choked on a goose bone he had eaten. He was restored to life by St. Patrick and the grateful king ordered that every Michaelmas a goose be sacrificed in that saint’s honour .

Other foods from the harvest were enjoyed at this time, an occasion for apple picking and final gathering of blackberries - Michaelmas indicated the time when the latter were past their best. A legend goes that the devil, defeated by St. Michael in battle and having fallen from the sky onto a blackberry bush, defecated on the fruit as revenge. In Ireland, it is the malicious púca who soiled the blackberries. Either way, children were warned not to pick and eat them after Michaelmas!

In some places fairs and poultry markets were held, and at some, for the occasion of Michaelmas, mutton pies were sold at them. Pilgrimages were undertaken to holy wells associated with St. Michael and pilgrims would finish their rounds by sipping the well water. It was a custom that people greet each other on that day with "May Michaelmas féinín on you."

Due to the profusion of late flowering asters, known as Michaelmas daisies to this day, children made chains of these daisies, along with starwort and sea asters. Some baby boys born around the time of Michaelmas were called Michael or Micheál in the saint’s honour. In Co. Waterford, after a parade through the town of Tramore, people went into the sea carrying an effigy of St. Michael - Micilín - the effigy represented the end of their income for the end of the fishing and tourism season.

As was the case throughout the year, the rural Irish farmer anxiously watched out at this time for signs of the weather to come: it was said that if "Michaelmas Day be bright and clear there will be two ‘Winters’ in the year". 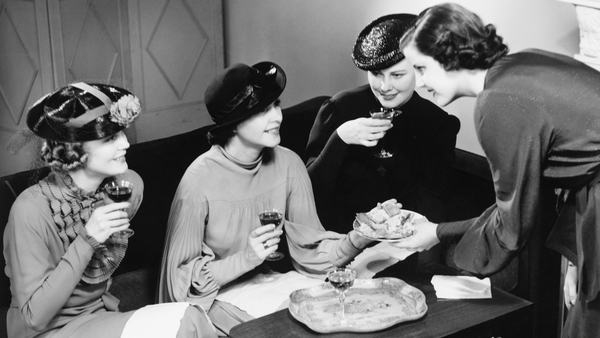 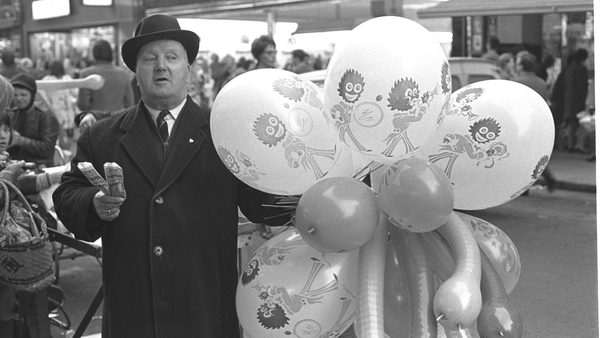 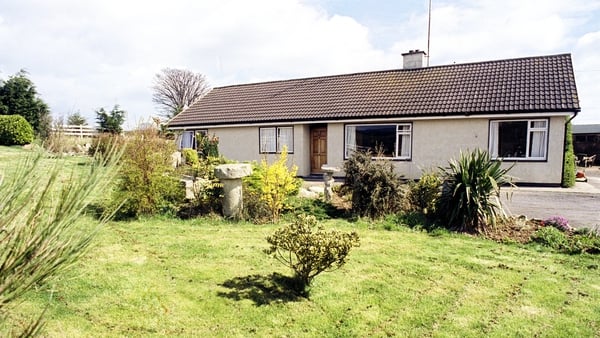 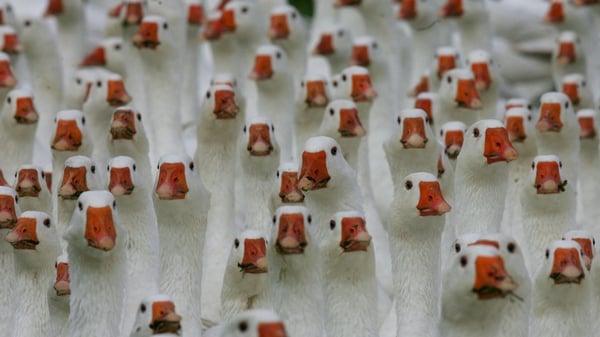