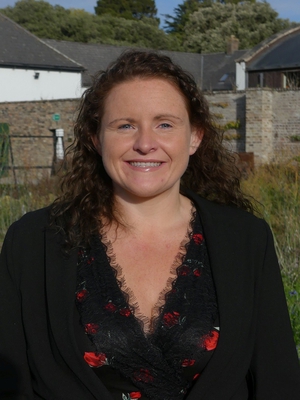 Opinion: we need a more robust risk assessment for this chemical, especially in a country with a large agricultural sector like Ireland

Glyphosate is the pesticidal ingredient in over 750 products, one of the most widely used herbicides in the world and recognised publicly due to the 'Roundup®' products. Glyphosate is used in agriculture, on genetically modified crops and as a pre-harvest drying treatment on certain food crops. It is also widely sprayed in parks, public spaces and commonly used in horticulture to control the growth of weeds and invasive species of plants, such as the Japanese Knotweed, a plant that poses a threat to the countryside and farms due to its rapid growth.

The general public can be exposed to glyphosate through their diet from pesticide residues remaining on fruit, vegetables and grains. People can also be exposed to glyphosate by living with pesticide users or living in areas near farms and agricultural land. Ireland uses 4.5 million hectares for agriculture and a further 730,000 hectares for forestry, as well as the agricultural industry accounting for 8% of total employment. Furthermore, this is a common product that is used to protect against weed growth in home gardening.

From RTÉ One News, California couple awarded more than $2bn in Roundup settlement

Glyphosate, which has been on the market since the 1970s, has received much international attention since the International Agency for Research on Cancer (IARC) of the World Health Organization (WHO) classed glyphosate as a "Group 2A – probably carcinogenic to humans" in 2015 and recently, due to a number of court settlements in relation to glyphosate.

Many international agencies and government bodies differ in their classifications to that of IARC, including the European Food Safety Authority (EFSA), the United States Environmental Protection Agency (EPA), Health Canada, European Chemicals Agency (ECHA) and others, which concluded that glyphosate is not likely to be carcinogenic to humans. The Food and Agriculture Organization of the United Nations and the World Health Organization have stated that "glyphosate is unlikely to pose a carcinogenic risk to humans from exposure through the diet". Nevertheless, many countries have placed restrictions or bans on glyphosate use.

Irrespective of the previously mentioned bans, glyphosate is widely used in agriculture to replace mechanical weed control and reduce the need for intensive tillage, which can prevent soil erosion and nutrient leaching as well as saving energy, potentially reducing greenhouse gas emissions. Banning its use could result in an economic loss for the agricultural industry internationally and require more land to be cleared and additional water resources to meet the same level of production. Furthermore, the replacement for glyphosate could be another chemical, or it may be replaced with multiple chemicals to perform the same task, which could result in a 'cocktail' of chemical exposures.

Governing agencies responsible for chemicals and pesticides have concluded that glyphosate is not likely to be carcinogenic to humans, especially at the low-level exposures expected of the general public. With this divergence of opinion, it is crucial to obtain human exposure data for glyphosate which can assist with a more robust risk assessment for this chemical, especially in a country with high agricultural practices such as Ireland.

From RTÉ Prime Time, critics say glyphosate causes cancer, what could that mean for Irish farmers and gardeners?

Despite widespread glyphosate use and that it has been on the market since the 1970s, there is limited human exposure data available for this chemical.

Read: Why agriculture should clean up its act

This research team also conducted a human biomonitoring study among Irish adults to estimate environmental glyphosate exposure levels. Of the 50 samples analysed, 10 (20%) of the participant's urine samples had detectable trace levels of glyphosate. The median concentration of the detectable data (10 samples) was 0.87 µg L-1, which is less than 1% of the EFSA Acceptable Daily Intake reference values. As there were a low number of samples analysed in this study, further research is required to ascertain glyphosate exposure levels in Ireland fully.

A postdoctoral research fellowship has been awarded to Dr Alison Connolly (author) to conduct the IMAGE project: 'Ireland's bioMonitoring Assessment of Glyphosate Exposure’ collaboration with NUI Galway and the Institute for Prevention and Occupational Medicine (IPA) Bochum, Germany.

This follow-on study will evaluate glyphosate exposures among non-farm and farm families in Ireland. Each family will be asked to provide one urine sample from each parent and one child (between 6 – 17 years of age), which will be analysed for glyphosate and its main break-down product Aminomethylphosphonic acid (AMPA).

From RTÉ Radio 1 News At One, Japanese knotweed is spreading rapidly in Ireland - affecting land price, planning permission, even mortgages. But do farmers even know?

This information and data produced from the IMAGE project would assist with conducting regulatory risk assessments by providing the required exposure data. Also, the study will highlight and promote the safe use of pesticides and the information collected can be used to identify potential sources and pathways of exposure.

Foremost, this will be the first study to evaluate families’ exposure to glyphosate in Europe, which is extremely important as different family members, especially younger children, can have different exposure levels.

The IMAGE project will not study the health effects of glyphosate but will be necessary for assessing the glyphosate exposure levels among the Irish public, information that can be used to support other research studies, policy-making and for regulatory risk assessments.

Dr Alison Connolly is a postdoctoral researcher at the School of Physics at NUI Galway. She is an Irish Research Council awardee under the CAROLINE Irish and International Fellowship programme.