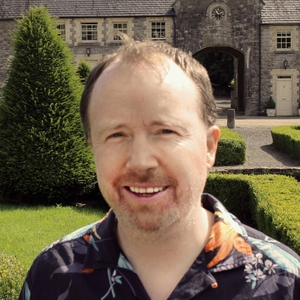 Opinion: the Netflix documentary shows the legacy of the American Counterculture in technology's mix of desire and control

The Great Hack, a new documentary from Netflix, opens with Brittany Kaiser in steampunk duds and a bright red wig attending the Burning Man festival in Nevada. The audio that plays over these images is from her testimony before a House of Commons select committee regarding the unsavoury practices of her employer, Cambridge Analytica.

The contrast between the audio and video is stark, yet it perfectly represents the connection between the American Counterculture and modern forms of control. Burning Man is symbolic in terms of the evolution of the Counterculture: it is the terminus where the quest for absolute freedom meets the new digital frontier. The Counterculture’s dream of freedom from all repression has led to the creation and manipulation of digital desires. According to The Great Hack, these new desires have made all democratic institutions vulnerable to the power of big data.

Trailer for The Great Hack

Now defunct, Cambridge Analytica worked exclusively with right-wing organisations to help win victories for leave.eu in the UK and Donald Trump's presidential campaign in the US. The company harvested data from Facebook to create psychographic profiles for hundreds of millions of voters. Using this data they could target persuadable voters and appeal to them directly in order to control their behaviour. The Cambridge Analytica business model is fascinating and The Great Hack often seems like an advertisement for their genius.

However, The Great Hack presents Cambridge Analytica’s methods as unrealistically seamless: an all-powerful player in a miasma of Russian troll farms, charismatic strongmen, digitally savvy neo-Nazis and limp and jaded mainstream opposition. The most powerful enemy of democracy, The Great Hack suggests, is Facebook, a clandestine data-hoarding behemoth that professes egalitarian, communitarian ideals while monetising its users data.

All technology is irresistible. The goal of social media platforms is to monopolise attention and Facebook and others use methods adopted from the gambling industry to addict people to their platforms. The platform does not sell products to its users, but it sells its users to products. The standard rule of the internet is if the service is free, the product is your data. Facebook appears to be a great liberating tool, available to all without charge and whose idealistic goal is "connecting people, building communities and bringing the world closer together". However, its true objective is to manufacture and control people's desires and behaviour.

A dichotomy lies at the heart of all this that stems back at least as far as the American Counterculture. Following America's conservative 1940s and 1950s, giving full reign to one’s desires became a rebellious act. For the Beat Generation and Hippies that came after, desire was the source of a revolutionary energy that could help them recreate the world in their image. Students in Paris in May 1968, who came close to overthrowing the French government, were guided by the same desire.

But the counterculture in America and France led to political disappointment. While their French counterparts turned their attention to revolutionising the intellectual and academic realms of philosophy and critical theory, many American counter-culturalists moved into the fields of entertainment, advertising, fashion and technology. These baby-boomers changed society, not at the ballot box, but at the socio-economic level by wedding these newly unfettered desires with the logic of consumer capitalism. Buying Levi’s jeans, a Harley Davidson or a bottle of Jack Daniels signifies how one is simultaneously a free, unique individual who is fully immersed in one’s cultural moment.

Facebook and social media platforms are the next evolutionary step for advertising one’s uniqueness, freedom and enjoyment. What has emerged is that the desires fomented by the Counterculture have created new opportunities for exploitation and control that we are only now coming to realise. The important lesson of this is that desire is not a pure and authentic manifestation of our true selves. Rather, to paraphrase Slovenian philosopher Slavoj Žižek, social media doesn’t give you what you desire, it tells you how to desire.

French philosopher René Girard stated that "man is the creature that doesn't know what to desire", suggesting that our desires are imitations of the desires of cultural authorities. The unspoken imitative nature of desire is the cultural legacy of the American Counterculture which splices the Dionysian, rebellious forces of individuality, freedom and fun with the Apollonian power of capitalism, science and technology to form the contemporary ideology of the west.

The potential for the manipulation of billions of social media users reveals how divorced we are from the cultural and material realities that form our consciousness. However, as much as our desires may be authored and manipulated by forces that are not our selves, these forces are now legion and frequently at odds. If freedom exists, it does so in a limited and curated landscape where making a mistake or being manipulated makes us more, not less human. Documentaries like The Great Hack and Adam Curtis's The Century of the Self help reveal how freedom and individuality are not inalienable, metaphysical possessions, but are limited by and contingent upon our cultural conditions.

Beat poet and countercultural icon Allen Ginsberg wrote that "we're not our skin of grime, we’re not dread bleak dusty imageless locomotives, we’re golden sunflowers inside". However, it seems we are both locomotives for the cultural baggage of our time and unique sunflowers. Ginsberg’s "Sunflower Sutra" was read at a conference, from memory and verbatim, by Vladislav Surkov, architect of the New Russia, personal advisor to Vladimir Putin, leader of their online propaganda war and innovator of many of the techniques used by Cambridge Analytica. Ginsberg and his countercultural peers wrote a cultural revolution. Surkov, Cambridge Analytica and Facebook follow in their wake.

Dr Alan Carmody is a recent PhD graduate of Maynooth University whose research focuses on the works of William S. Burroughs