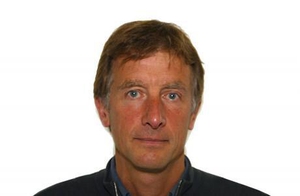 Analysis: research shows some players accumulate up to 5kg of abdominal fat in the off-season and return to training with a weight handicap

It's that time of year again as excitement builds in advance of the hurling and football All-Ireland finals as elite players engage in some of the world's most exciting, high-tempo, athletic and physical sports. The team that earns the right to parade the Liam McCarthy or Sam Maguire Cup will have endured years of physical training and sport-specific conditioning, cycling between training and recovery during and between seasons.

Preliminary analysis of 144 inter-county hurlers initially revealed an unremarkable body composition phenotype and limited difference between playing position (backs, midfielders, forwards). Indeed, assessment by body mass index (BMI) placed many of these athletes in the "overweight" category (a known limitation of BMI as an index of fat mass in athletes), even though overall percentage body fat was lower than the non-athletic norm, averaging around 15% or 12-13 kg. While normative values for this population were available, these were of limited value to inform player/athlete development. Clearly, further substantive level of enquiry and analysis was required.

From RTÉ 2fm's Game On, strength and conditioning expert Mike McGurn, and boxers Eric Donovan and Darren O'Neill, on the importance of rest and recovery in sport, particularly for younger athletes

A player-centric approach is pivotal to manage effective and healthy development of all players and athletes, change in body composition "managed" through the combined input of strength and conditioning and dietary practice/intervention. With a longitudinal study, it was possible to observe the change in body composition of inter-county hurlers over four consecutive years of training and competition, undertaking four within-season measurements at roughly three-month intervals corresponding to pre-season, mid-season, pre-championship and off-season.

Desirable amongst these performance outcomes was to enhance the appropriate development of "core" and appendicular (legs and arms) lean tissue mass. Primarily player-specific, the overall trend was a year-on-year increase in lean tissue mass approximating to 1kg (+2%) of muscle accrued per annum.

During the season, players’ increase in lean tissue mass (primarily in the appendages) was greatest in the pre- to mid-season, but players struggled to retain these increases through the competitive phase leading through to the championship. This reflects the demands placed upon the players in training and competition during this phase and the erosion of recovery time to remodel and adapt these tissues. Nutritional support and recovery time is vital to this remodelling process and these observations prompted further investigation of peri-training nutrition (PTN) for strength and conditioning of athletes.

The observation of a robust cycle of fat deposition during the "off" season phase and fat removal upon return to training generated major interest. Though variable between players, some "cycled" up to 5kg of fat, or the equivalent of 45 mega calories of stored excess energy – enough to fuel over 15 marathons! Delving deeper in the data, the fat depot most affected was contained within the abdomen, the so-called visceral fat. Coaching staff compared this to the player "returning to training carrying a 5kg weight belt", contributing in part to a sluggish pre-season performance.

To test to what extent the deposition of fat into the abdomen affected physical performance, players performed a shuttle run, or "bleep" test (a measure of endurance fitness), and a series of vertical jump tests (a measure of power) with and without a 5kg weight belt around the waist. The average decline in performance carrying the weight belt was 6% for power and 8% for endurance. Rather like a jockey, players were returning to training with a weight handicap! The increase in fat mass also occurred in the absence, or minimal change, in whole body lean tissue mass, i.e. the body mass change during this phase was primarily a reflection of change in body fat.

Assessment by body mass index (BMI) placed many of these athletes in the "overweight" category, a known limitation of BMI as an index of fat mass in athletes

It was a surprise to observe the magnitude and temporal pattern of change in abdominal fat in these GAA players, but what of the health consequences of this change in visceral fat? Expansion of abdominal adiposity (fat) occurs naturally with age and is greater in men than in women and increase in abdominal adiposity conferring greater cardiometabolic risk. While this is fine when the player is active in training, it is of concern when the player retires from a highly physically active lifestyle.

Finally, two thoughts emerged from the data. Firstly, does the capacity of an athlete to cycle fat into and out of the abdomen reflect a long-standing "thrifty" gene model of conservation in times of plenty? Secondly, have these athletes adapted an enhanced ability to access and metabolise the specific region of abdominal fat through training? To command the control of deposition and/or removal of abdominal fat is the holy grail in the modern era of cardiometabolic health.