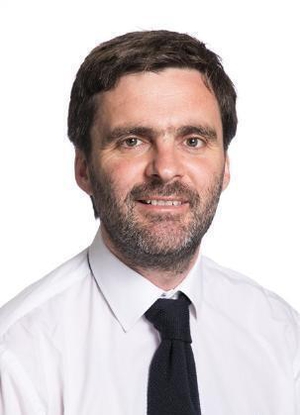 Analysis: how and why management of the Irish healthcare system has gone from health boards to the HSE and back to Regional Health Boards again

The Minister for Health Simon Harris recently announced the reform of the Health Service Executive. This involves the creation of six regional areas which will each have responsibility for budgets, management, planning and delivery of health services in their area.

Reforming health along regional lines in Ireland has a long history, most evidently with the Regional Health Boards (RHB) established under the 1970 Health Act and abolished in 2005 with the establishment of the HSE. As the new structures are put in place, there is much to learn from previous pitfalls in Irish health system reform.

Striking a balance between centralised control and capacity to respond to local needs has long been central to debates about the health system. More regional and devolved health powers are seen to allow for greater integration of health services and enhanced democratic and community participation in policy. However, critics argue that increased localism lessens central government's responsibility and perpetuates inequity in funding, services and population health.

From RTÉ Radio 1's Drivetime, former chief executive of the HSE assesses if the new plans for the HSE are ground-breaking or if we are just going back to the days of the old health boards

Concepts around organising health systems regionally date back to the early 20th century. The influential British Dawson Report, written in 1920, proposed regional structures to ensure that an area’s services worked together to establish referral mechanisms and rationalise patient flows. Such regionally integrated structures have been identified by Daniel Fox in Health Policies, Health Politics: The British and American Experience, 1911-65 as key to the historical development of health systems in both the UK and US. When the National Health Service was established in 1948, it was based on regional structures.

In the early 1900s, Ireland’s health system was marked by an intense localism with a multitude of local authorities responsible for institutional and personal health services including boards of guardians, county and city councils and rural and urban district councils. Voluntary hospitals developed fully independent from publicly-funded health providers.

Voluntary hospitals were the most prestigious medical institutions, closely connected to the medical profession and the religious hierarchy in faith-based hospitals

Healthcare reform was initiated during the early years of the Irish Free State when the poor law administration was replaced by boards of health based at the county level. Soon after becoming the leader of the newly established Irish Free State in 1922, W.T. Cosgrave believed that such reforms would "win for themselves the confidence of the people". These boards helped to integrate health services at a county level with county hospitals connected to feeder district hospitals for the first time. However, the system fell short of a regionalised health system as it failed to address the idiosyncrasies and inequalities that permeated the organisation of health along ancient county boundaries. It also prevented much of the population from accessing the increasingly sophisticated voluntary hospitals which were predominately based in Dublin and to a lesser extent Cork and Limerick.

By the 1930s, Irish health policy makers attempted to introduce regionalised hospital care in Ireland. In 1933, the Irish Hospitals Commission, responsible for the Irish Hospitals Sweepstakes which generated much funding for Irish hospitals, recommended the establishment of regional hospitals in Dublin, Cork, Galway and Limerick. Attempts to develop such a regional hospital system were beset with difficulties. By 1933 plans were already in place for the development of county hospitals, which were politically impossible for the first Fianna Fáil-led government to overturn. Healthcare reform of the 1920s and 1930s solidified the county as the unit for health organisation which undermined regionally focused policies.

From RTÉ Archives, a 1987 report by Eamonn Ó Muirí for Evening Extra on the Irish Hospitals' Sweepstake

By the 1960s, these factors again came to the fore. The 1966 Fitzgerald Report highlighted the lack of co-ordination as a major problem of Irish health care. Fitzgerald, a professor of surgery in UCD, described a system where services were duplicated, often over-lapping, and with far too many hospitals providing acute treatment. The 27 local health authorities acted independently from neighbouring county hospitals while the voluntary hospitals remained autonomous from the local authorities and each other. Echoing the Irish Hospitals Commissions earlier proposals, Fitzgerald radically called for the establishment of three health administrative regions and four regional hospitals connected with a mere twelve general hospitals.

From RTÉ Archives, a RTÉ News report by Tom MacSweeney from 1986 on the annual conference of regional health boards held in Blarney, Co Cork

The regionalisation of Irish health finally came about under the 1970 Health Act when the county structure was disbanded and replaced by eight health boards. As the most significant healthcare reform since the establishment of the state this had the potential to deliver an integrated and regional health system. Major tertiary regional hospitals were established in Limerick, Galway and Cork from the 1970s to 1990s.

However, the RHBs’ potential to move beyond the localism of the older system was diluted when the then minister for health, Erskine Childers, conceded to political pressure and appointed local elected representatives to just over half the membership. Furthermore, the RHBs were funded by central government and not local taxation, as highlighted in Ruth Barrington’s Health, Medicine & Politics in Ireland, 1900-70, and the limited local financial contribution meant that communities had an incentive to fight for the development of their hospital to the standard envisaged for a few by Fitzgerald.

Voluntary hospitals maintained much independence from the RHBs. This was especially evident in Dublin where the powerful voluntary hospitals were directly funded by the Department and not the Eastern Health Board (EHB). The 1990 Department of Health’s Dublin Hospital Initiative Group Report highlighted that there was no direct contact between the EHB and voluntary acute hospitals in operational planning.

While this was partly addressed with the establishment of three new Area Health Boards under the Eastern Regional Health Board in 2000, opinion was moving away from the regional health board model with increased emphasis on developing national structures. In 2003, three government commissioned reports (Hanly, Prospectus and Brennan) were published which all criticised the regional boards and promoted a more centralised system ultimately leading to the creation of a single national body, namely the HSE, in 2005.

The new national structure was far from the panacea for the health services’ problems. The establishment of Hospital Groups and Community Healthcare Organisations in the mid-2010s echoed earlier regional structures with reforms being motivated by a desire for more integration.

While the newly announced Regional Health Areas represent the biggest reform of Irish health since the establishment of the HSE in 2005, many of the obstacles and challenges of overcoming localism and incorporating independent voluntary hospitals fully into regionalised structures remain. Despite various attempts at deep structural change in the 20th and early 21st centuries, the disaggregated trajectory of the Irish health system has continued since the state’s foundation.

Dr Seán Lucey is the Research Manager in the College of Business & Law at UCC. He is a former Irish Research Council awardee.