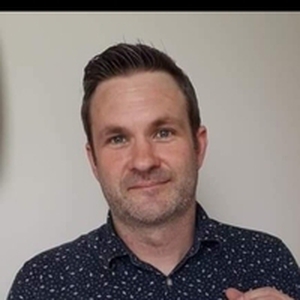 Opinion: the visual signs and aural symbols of the series make a profound statement about our contemporary cultural moment

Since the first episode of HBO’s Chernobyl aired in early May, it’s become one of the standout water-cooler shows of 2019. Much of the initial talk around this five-part miniseries focused on the decision to have a largely British and Irish cast, led by Jared Harris in the role of Valery Legasov, speak in their regional accents. In a series so relentlessly dedicated to reconstructing a detailed visual image of the 1986 Soviet Union nuclear disaster, this aural anomaly appears all the more pronounced and all the more significant.

When series creator Craig Mazin was asked about this directorial decision during the show's official podcast, he explained that it "was a big one that we made early on. We had an initial thought that we didn’t want to do the 'Boris and Natasha’ clichéd accent because the Russian accent can turn comic very easily". Whether by luck or by design, however, this interplay between the visual signs of the Soviet "East" and the aural symbols of its Cold-War counterpart in the "West" makes a profound statement about our contemporary cultural moment.

Much of what we now know about the subliminal messages that are conveyed through these kinds of visual signs and aural symbols can be traced to the French cultural theorist, Roland Barthes. In his 1957 Mythologies, Barthes decoded many of the commonplace images that comprise, and ultimately construct, our shared environments. This analytical method became known as structuralism in the decades that followed.

An Introduction to Roland Barthes's mythologies

Analysing the stage-managed reality of professional wrestling, for example, Barthes identified a spectacle that was similar to those staged in Ancient Greece. He points out that they both staged a cathartic dramatisation of suffering, defeat, justice, and the age-old battle between the forces of good and evil.

From The Moa video essay series, the art of the heel

Even in the well-combed fringes sported by all of the male leads in Joseph L. Mankiewicz's 1953 movie, Julius Caesar, Barthes observed a subtly compelling order: "forget everything you know about these familiar Hollywood faces," this uniforming hairdo seemed to insist, "for they are surely Romans one and all".

But by the time Barthes had written the preface to the 1970 reissue of Mythologies, he'd come to the conclusion that the theoretical model he used to decode these cultural images appeared something of a blunt instrument in comparison to the more sophisticated modes of analysis that he helped to formulate in the late 1960s. It’s not that his earlier interpretations were wrong per se. It was simply that the arbitrariness of the links that connected these cultural images to their encoded messages appeared infinitely more significant to the older Barthes.

To put it in the simplest terms, the same haircut used to engineer the illusion of quintessential "Roman-ness" in Mankiewicz’s Julius Caesar could just as easily have represented some illusory quintessence of "Greek-ness," or "Irish-ness" for that matter. The essence of what is represented here lies, not in the haircut itself, but in the director’s decision to have all of the Roman men in this manufactured reality sport the same haircut.

The same applies to the various hairstyles we wear every day in our off-screen reality and to the cultural connotations that we arbitrarily ascribe to these fashion choices. A shaved head does not automatically capture the essence of far-right extremism, but it’s just a case of association by mutual agreement.

As Barthes explains in his seminal 1967 essay The Death of the Author, this disjunction between the image and the meaning ascribed to it at a specific cultural moment brings with it the possibility that this same image could be re-interpreted in alternative ways at different moments in time or in different cultural settings. This newfound appreciation for the intricacy of the relationship between the image and what that image represents effectively marks Barthes' transition from structuralism to poststructuralism because he focuses on the multitude of interpretive possibilities.

One of the unique and most compelling characteristics of HBO's Chernobyl is the way that the British and Irish accents function as aural symbols which prise the real story of Chernobyl away from its immediate cultural context. In doing this, the show uses structuralist principles to engineer a poststructuralist effect because the meaning encoded in these accents blurs the distinction between eastern and western Europe and opens up new interpretive possibilities.

This effect also punctures the sense of realism painstakingly created by the show’s visual images. Practically every verbal exchange reminds us that this is not exactly the story of Chernobyl as it unfolded in that specific place and time. But the most exciting and extraordinary aspect of this complex structural interplay is how it works in tandem with the show’s central themes in a way that speaks directly to our contemporary cultural moment.

At the very outset of the first episode, the distinctly British voice of Valery Legasov addresses the viewer directly, albeit through the medium of his tape-recorded suicide note. He tells us that "every lie we tell incurs a debt to the truth; sooner or later, that debt is paid". In a world where fake news campaigns and mass manipulations have expedited Brexit and propelled the political careers of Boris Johnson and Donald Trump, Harris' accent prompts us to acknowledge that the self-proclaimed moral superiors in the west are growing ever more indistinguishable from those they once admonished in the east.

However, Mazin’s miniseries does not merely function as a cautionary tale against the political commandeering of truth and the decline of western democracy in some abstract or vaguely associative fashion. By retelling the story of this environmental disaster in a way that wrenches it from its cultural context, the show reconfigures the story of Chernobyl and renders it a highly-charged symbol of global warming and our political leaders’ long-standing reluctance to recognise the catastrophic hazard it presents to humankind. We must stop telling lies, it seems to demand, if we are to reconcile our environmental debts. 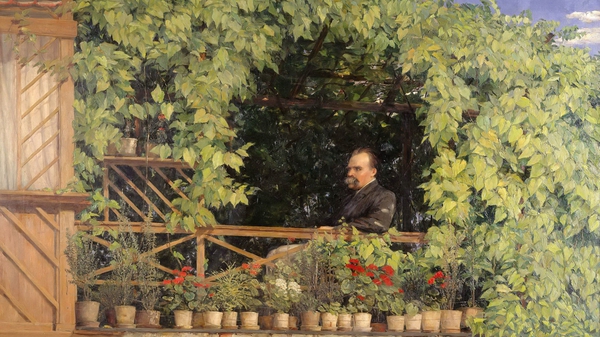 What Nietzsche can teach us about fake news