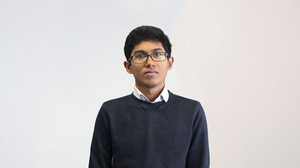 Opinion: it's likely that artificial intelligence will do more good than harm for human civilisation

The solar system is full of debris and rocks floating around. A meteor shower or a shooting star is debris burning up upon entry to the atmosphere. On occasion, pieces of rock make it all the way through. A much larger rock that could make its way through is an asteroid. About 66 million years ago, the impact from an asteroid brought about the Cretaceous extinction. A repetition of this event is theoretically possible - and the same could be said about all-powerful Artificial Intelligence Overlords marginalising the human race.

Since its inception in the mid 20th century, the field of artificial intelligence has had an interesting ride. Much like the financial markets or Hollywood, there’s been breakthroughs and failures and booms and busts. Driven by advances in deep learning, a great deal of success has been achieved this decade, ushering in the newest AI golden age, along with a frenzy of interest and investment.

The current popular views of AI are being shaped primarily by several vocal figures in technology. Microsoft founder Bill Gates has said that AI carries the potential to change society deeply and is both exciting and dangerous. IBM CEO Ginni Rometty has stated that she believes advances in AI will create different jobs rather than no jobs. Facebook founder Mark Zuckerberg has expressed the view that AI will deliver various improvements to human quality of life, while Tesla founder Elon Musk has called AI "a fundamental risk to the existence of human civilisation".

The future dangers AI could pose to humanity is a frequently occurring subject in conversation, be it to break the ice on a first date, to fill the time before a meeting starts or while waiting for a pint at the pub on a Friday evening. And arguably, Musk's statement carries the most bite. It certainly is a very catchy line that makes for a more topical conversation starter than asteroids or the Cretaceous extinction.

As a result, these hypothetical yet sensationalist doomsday opinions are at a point where they dominate the conversation about AI, so much so that the bigger picture on the subject may at the point of being overshadowed and given very little consideration. And that could pose an even greater threat, especially in an age where hype and rhetoric without regard for fact has had great effect to the fate of the world.

Advancements in AI could lead to a superintelligence that could pose a fundamental risk to human existence - and so could climate change or a 5 km wide space rock colliding with the Earth. But there are many points of difference between these three risks. AI is a long way away advancing to the point of superintelligence and it’s not a certainty that superintelligence would lead to the end of humanity. Climate change is a very real and present danger, with the time to take action to prevent irreversible consequences continuing to decrease. And then there are the chances of an asteroid striking the earth.

From RTÉ Radio 1's The Business, mathematician and the author of The Creativity Code Marcus Du Sautoy on how Hollywood studios are using AI to decide if a movie should be made

Of course, there is no good that can come from an asteroid strike or global warming, but AI can literally be one of the best things to happen to humans. This is not said enough - and it can’t be said enough. AI can and is being used to as a tool in many incredible ways. For example, it is being used to help improve prevention of cancer, provide effective treatment, and could one day even be part of the solution.

AI is also being leveraged as a promising way to combat climate change. AI-powered simulations and analysis helps make for sustainable urban planning and ocean preservation. It is possible to make more accurate predictions regarding weather events with the help of AI leading to reduced damage to life and property. It can help power grids to be more energy efficient by predicting peak over of usage allowing for better preparation, and enhances the benefits of clean energy methods by deploying in ways such as incorporate weather and other relevant data to make wind turbines more efficient.

And yet arguments on how AI could hypothetically end humanity as we know it at some point in the future, seem to drown out how AI is already helping humanity’s cause. Such contributions pale in comparison to the very real possibility that AI could be the key to finding the answers for some of humanity’s biggest problems.

At a 2018 hearing at the US House of Representatives Committee on Science, Space and Technology, Stanford Professor Fei-Fei Li said that AI is bound to alter the human experience, and not necessarily for the better. After acknowledging this, Li pointed out that ensuring AI will transform the world for the better is very much in our hands. "There's nothing artificial about AI", she said. "It’s inspired by people, it’s created by people, and—most importantly—it impacts people. It is a powerful tool we are only just beginning to understand, and that is a profound responsibility."

Concern that AI could pose a threat is very much reasonable. But this possibility is just that - a possibility. Let’s not forget AI is a fundamental opportunity to further the cause of the human civilisation, and that it is in our hands to ensure that it impacts us positively, and be optimistic about what it can mean for us. The world can only be the better place for it.