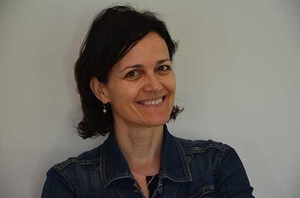 Our meme-driven global public sphere generated a potent new hashtag on foot of the recent G20 summit in Japan: #unwantedIvanka. Imaginative memes sprang up that photoshopped a serene, entitled Ivanka Trump into all sorts of unlikely places where her presence would be unwelcome and inappropriate.

She floats atop Freddie Mercury in the iconic four-shot of Queen singing "Bohemian Rhapsody". She snuggles with the cast of the TV series "Friends". She horns in on the budding romance between Jack and Rose on the bow of the Titanic. One meme conflates the G20 summit with Take Your Daughter to Work Day. Writing for Common Dreams, Abby Zimet links the fictional historical chameleon character Zelig to this "Princess of Clueless Complicity".

This meme fest responds directly to a video released by France's Élysée Palace that was tweeted out by the BBC’s Parham Ghobadi, which captures Ivanka’s attempts to discuss policy with political leaders such as Emmanuel Macron, Teresa May, Justin Trudeau, and Christine Lagarde. Whereas May politely looks Ivanka in the eye and speaks to her, Largarde stands in a dismissive profile, nearly rolling her eyes, and seeming insulted to be ambushed in this way.

Ivanka Trump appears to be trying to get involved in a talk among Macron, May, Trudeau and Lagarde (IMF head).
The video is released by French Presidential palace. pic.twitter.com/TJ0LULCzyQ

In an interview with Elaina Plott published in The Atlantic in April, US president Donald Trump pre-mediated his daughter's presence at the G20 meeting and the subsequent junket to North Korea. In the piece, Trump touted his daughter’s diplomatic skills and said that he had considered appointing her to head the World Bank, giving voice to a future political ambition. "If she ever wanted to run for president," the current US president said, "I think she’d be very, very hard to beat." As Wired magazine’s Emma Grey Ellis points out, "Trump is the one copy-pasting his daughter into history. Twitter's just joining in."

Trump’s first term as President has seen the installation of his daughter Ivanka and her husband Jared Kushner in the White House as presidential advisors, although their qualifications and credentials, and even their ability to obtain security clearances, remain shrouded in mystery. The derision aimed at Ivanka on social media reflect anger at her sense of entitlement, but do so through a specific narrative that inevitably employs sexuality to discuss women with access or proximity to political power.

From the earliest days of Trump’s campaign, Ivanka has been positioned as a presidential hopeful. She is the scion that would realise a Trump political dynasty, but also the heir(ess?) to Hillary Clinton’s historic aspiration to be the first woman president. Ivanka’s ascent into the political limelight was intertwined with the dashed dreams of Clinton’s presidency and informed the debate about her father’s record of conduct towards women. She was the daughter who would humanise Trump and exert a liberalising effect, particularly on issues of climate, gender, race and sexuality. But Ivanka’s influence—if she has indeed chosen to employ it—has failed to produce visible results, leading critics to mock her for her complicity, made most salient in the famous 2017 SNL parody.

The narratives that circulate around Ivanka - and indeed around most women with access to power - are fraught with sexual innuendo. In the Pizzagate incident during the 2016 Presidential campaign, right wing Infowars founder Alex Jones linked Clinton to a non-existent child sex ring run out of a DC pizza restaurant. The conspiracy eventually led to an armed man storming the restaurant.

Throughout the Democratic primaries and presidential campaign, critics deemed Clinton’s candidacy an attempt to create a "Clinton dynasty". This was despite the fact that she had gained political experience and gravitas in her own right and was elected as a senator and appointed as Secretary of State. This language of dynasty, some of which came from Bernie Sanders progressives, equated the Clintons’ rise to power in the 1980s with the four generations of the Bush family's political influence, raising spectres of nepotism and plutocracy.

Ivanka Trump is part of an actual dynasty, although it is one based on celebrity, not politics (or at least not yet)

Ivanka’s yummy working mummy persona, as shaped by the media, the political punditry, and her own family’s PR efforts in 2016 and since, contrasts sharply with that of Clinton. Yet Ivanka also is linked in sexual ways to a powerful man, namely, her father. More disturbingly, the incestuous implications often have been instigated by her father, for example, on the Howard Stern radio show and on TV chat show The View. During her stint as a White House advisor, she has been linked sexually to other powerful men. She forms part of the globetrotting power duo Javanka with her husband and is cast as someone hankering after Justin Trudeau (#thirstyIvanka).

But Ivanka Trump is part of an actual dynasty, although it is one based on celebrity, not politics (or at least not yet). Her roles as a surrogate First Lady for her father during the 2016 campaign and as White House advisor, invited to participate in all the important meetings with international dignitaries, feed into the view of Ivanka as the natural heir to her father.

In the context of the Trump family brand, Ivanka is the child most associated with Donald’s business interests and political ambitions (and certainly hailed as the most successful). It’s not what Ivanka has done but who she is that matters, which is what makes the #unwantedIvanka memes are so viciously delicious. They draw attention to her flawless presentation of clueless entitlement, which flies in the face of the idea that America is a land of opportunity for those with humble beginnings, including those who come to US from elsewhere, who will be rewarded for hard work rather than favoured for their family ties.

The link between Ivanka and Donald offers a classic example of the way that, even in a contemporary era that is witnessing the resurgence of various feminisms, women’s access to power continues to be measured in sexual terms by proximity to a powerful man. It also speaks to the way that dynastic inheritance, rather than merit, has become a dangerously viable commodity in a nation that once prided itself on the American Dream.

Prof Maria Pramaggiore is Professor and Head of Media Studies at Maynooth University.