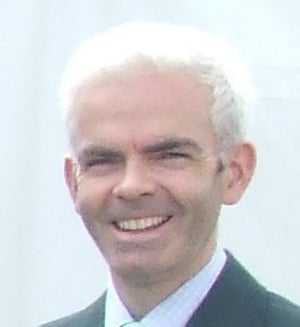 Analysis: France's focus will be on the maillot jaune rather than the gilets jaunes in July as the annual cycling fête tours the country

The 106th Tour de France gets under way from Brussels on Saturday next and concludes in Paris on Sunday July 28th. Over these 21 days, 22 eight-man teams will cover 3,460 kilometres of competitive action which always include gruelling mountain stages in the Alps and Pyrenees.

For a few weeks at least, focus in France will switch from the social unrest of the yellow vest movement to the intrigue of the Yellow Jersey, which this year celebrates its centenary. It was first worn by Eugene Christophe who was leading the race at the start of stage 11 of the 1919 Tour on July 19th. Despite never winning, Christophe became one of the Tour’s first heroes, suffering the cruel fate of breaking the forks of his bike on a mountain descent in 1913. At a time when no external assistance was permitted, he was hit with a time penalty because a small boy worked the bellows at the forge where Christophe was making his own repairs. The same mechanical failure occurred while still leading the 1919 Tour with just two days to go.

From RTÉ Radio 1's Doc On One, From Carrick-on-Suir to the Côte d'Azur sees journalist Shane Stokes follow Sam Bennett on his first Tour de France in 2015

The Tour’s Grand Départ from the Belgian capital is a special tribute to local boy, Eddy Merckx. The most decorated and arguably the greatest cyclist of all time, Merckx was nicknamed The Cannibal because of his ability to "devour" opponents regardless of the terrain or season. This year marks the 50th anniversary of the first of his five Tour wins. At the end of each stage this year, a special edition Yellow Jersey will be presented to the race leader commemorating both past heroes of the Tour (including both Christophe and Merckx) and the iconic routes and summits of the race and symbols of France’s cultural and architectural heritage.

First held in July 1903, a cycling tour of France was conceived as a publicity stunt by the fledgling breakaway sports newspaper L’Auto (which subsequently became L'equipe) in a bid to outdo a more established rival. L’Auto’s template was to create events that would stimulate interest, attract a readership and thereby increase circulation. The formula of a Grand Tour of almost superhuman proportions, with its stages, jerseys, jargon and rituals was thus invented in France and copied elsewhere, most notably with the Giro d’Italia and the Vuelta a España. The race leader’s jersey is yellow, partly because L’Auto was printed on yellow paper but also because such a distinctive colour meant its wearer was much easier to identify.

Interrupted only by the two world wars, the race has always been a by-word for organisational and technological progress, while at the same time remaining deeply respectful of both France’s and its own history and traditions. Although it is a commercial product owned and exploited by a private media organisation, it has become a national institution and an object of almost universal affection.

The route no longer completes a perfect loop and makes frequent visits into neighbouring countries. Beginning with Amsterdam in 1954, the Tour has started outside France on 21 occasions since. In connecting the local to the national and the international, it seems to project a certain idea of France’s sense of its place in the world. Dublin hosted the start of the 1998 Tour, while stage 2 brought the race from Enniscorthy to Cork. Back in France, a doping scandal involving members of the Festina team erupted, threatening the credibility not just of the Tour, but of the sport of cycling itself. Ironically, the following year’s race, billed as the "Tour of Renewal", marked the first of Lance Armstrong’s seven-year record-breaking winning streak. Since his confession on Oprah and subsequent convictions for doping, his victories have been erased from the Tour’s records.

From RTÉ One's Claire Byrne Live in 2016, Paul Kimmage on the ugly side of sport

Irish journalist and author Paul Kimmage rode three Tours in the 1980s. His book Rough Ride, published in 1990 shortly after his premature retirement from professional cycling, provides a fascinating account of the pervasive doping and culture of secrecy he witnessed first-hand. Kimmage's subsequent work has contributed hugely to the exposure of drug cheats and has put pressure on cycling’s international governing body to clean up the sport.

Despite the litany of scandals which have undermined the sporting integrity of the event, the Tour’s popularity has been amazingly resilient. Synonymous with summer, the Tour always incorporates the French national holiday of July 14th. In addition to the millions of people who stand on the side of the road to watch the race, many more make a hobby of watching the Tour at home, such is the quality of the free-to-air television coverage which provides breath-taking images of the French landscape and extensive commentary on items of interest prompted by the route of each stage.

From RTÉ Archives, a RTÉ News' report by Michael Ryan on a civic reception for Tipperary cyclist Sean Kelly in Carrick-In-Suir in 1986

In stark contrast to the FIFA Women’s World Cup currently taking place in France, the Tour de France Women, which was first held in 1984, never established itself and has been repackaged on a number of occasions since. Following the same route as this year’s men’s time trial, a one-day event known as La Course by the Tour de France takes place on July 19th.

In all, there have been 10 Irish participants in the Tour since Shay Elliott’s debut in 1956. Only three Irishmen have worn the Yellow Jersey for a cumulative total of eight days. Five Irish riders have had stage wins and Stephen Roche was the overall winner in 1987. Sean Kelly won the Green Jersey rewarding the most consistent sprinter on four occasions. Ireland will be represented in this year’s race by first cousins Nicolas Roche (son of Stephen) and Dan Martin, riding their ninth and seventh Tours respectively.

Ruadhán Cooke teaches French at NUIG Galway. Research interests include the overlaps between sport and literature, sports journalism and the cultural impact of sport