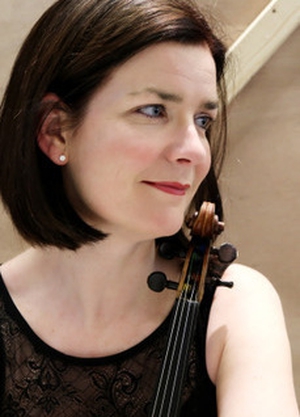 Opinion: getting more people interested in vibrant and emotive classical music requires changes to how it's performed and how it's taught

I play in the Irish Chamber Orchestra, a vibrant exciting orchestra that sells out concert halls all over the world. Yet at home in Ireland, the classical music we play is accessed by only a tiny minority of the population, either on the radio or in the concert hall.

I believe this is a situation that needs to be challenged. Western classical music is one of the human race's greatest achievements. It is an art form that developed over a span of centuries rather than decades. The creator crafts a sonic world and then reaches through history to hand it over to a new set of artists to interpret. The result is a vast range of vibrant, powerful, vivid, evocative, and emotive music. This cultural treasure is worth not only preserving as part of our heritage but celebrating and sharing with each new generation.

Let's start with the teaching. When I ask people why they will not go to a concert hall, they frequently reply with variations of "I don’t understand it so I find it boring". This is a fair point. The flipside of all the depth, complexity and nuance is that the music can seem impenetrable so one needs to have been shown a few sign-posts.

These can be provided easily enough (countries such as Germany already do so). However, it seems that people either have no access at all to classical musical education or, if there is access, the system feels at least as old as much of the music being played. It is one all too frequently characterised by exams, forced practice, joyless curriculums and rote learning of scales and theory.

From RTÉ Archives, a RTÉ News report from 1986 by Michael Walsh on the Limerick School of Music

I came through this system to become a professional violinist, but even so, there were clear deficiencies in my education. After many years of training, for example, I was only able to play the music I was reading off a page. Where was the gift of self-expression? Where was the musical connection?

In my own teaching practice, I focus on creative, embodied, social, non-competitive music making, incorporating movement and improvisation. In doing so, the necessary technique and theoretical knowledge is developed by the artistic demands in an organic holistic way. The body and mind connect through the joy of music making and the mysteries of classical music are revealed to all. My students may or may not carry on to professional level, but what they will carry throughout their lives is a love for and an understanding of a music that will enrich their lives.

It wasn’t always like this. Until fairly recently, improvisation was a key part of most classical concerts. The total silence and stillness of the audience was only instigated by Mahler at the end of the 19th century (prompting Emperor Franz Josef to allegedly remark "I thought concerts were supposed to be enjoyable").

Imagine going to a classical music concert where the focus is not merely on being quiet, unnaturally formal and still, but on being sucked into a multi-sensory musical experience. As Course Director of the MA in Classical String Performance at the University of Limerick, I have been designing new concert experiences. Performers move as they play, in keeping with how the music moves, with lighting design that aids the understanding and appreciation of the composer’s intentions.

I call this Creative Embodied String Performance, a way of transmitting the music to the audience that arrests the visual and kinesthetic senses as well as the auditory one. It is not just for the benefit of the audience. The performers have rehearsed with a focus on self-expression, storytelling, movement and improvisation. They enjoy making the music more visible as it demands a stronger, more convincing, thought-out interpretation which creates a mighty strong wave of connection between the music, the performer and the listener.

Imagine going to a classical concert where the focus is not merely on being quiet, formal and still, but on being sucked into a multi-sensory musical experience

We can move on from the days of elitist, dry music education that stifles a love of music. This method uses a creative learning process that encourages self-expression rather than rote learning. We can move on from concert performances where the highest artistic quality is not necessarily intertwined with stiff serious formality.

Yes, we can have it all: quality of playing, strong communicative expression, creative musical storytelling and visuals and movement that bring the music to life by enhancing the harmony, the rhythm, the phrasing and the melody.

Dr Diane Daly is Course Director of the MA in Classical Strings at the Irish World Academy of Music at the University of Limerick and a member of the Irish Chamber Orchestra. She is a former Irish Research Council awardee