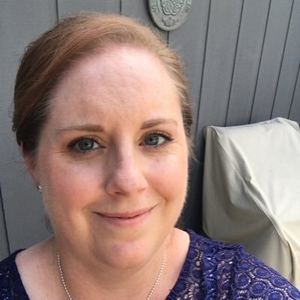 OMG Lizzie! Did you really say that to Darcy? #DarcyDay

I was wrong about #darcyday and oh my god lizzie that temper is going to get you into so much trouble. asdflhgsdfa

In November 2012, these messages appeared on Twitter. At first glance, they were seemingly normal posts, typically exchanged between users on social media sites every day. However, a closer look revealed that the messages were posted by fans reacting to a YouTube video from "Lizzie Bennet", a modern, digital version of Jane Austen's most beloved heroine.

The messages and the video were part of The Lizzie Bennet Diaries, an updated adaptation of Austen’s Pride and Prejudice told through social media sites such as YouTube, Twitter, Tumblr, and Facebook. From April 2012 to March 2013, using her YouTube channel as a digital diary, Lizzie posted weekly videos in which she narrated her life and shared details about different events as they occurred. After meeting Darcy for the first time, for example, she declared that their encounter was "the most awkward dance EVER".

Meanwhile, accounts on other social media sites supplemented Lizzie’s videos by highlighting parts of the story not seen or included in the videos. Darcy, for instance, actively used Twitter for months before ever appearing in Lizzie’s videos. Lizzie’s older sister, Jane, shared her interest in fashion by creating photo-sets of outfits and styles for the image sharing site Pinterest, while Lizzie’s younger sister, Lydia, had her own YouTube channel where she was the focus.

The Lizzie Bennet Diaries (or LBD to its fans) is an example of what Marie-Laure Ryan has called "transmedia storytelling", a process where individual pieces of a story, published in a variety of media formats, combine to form a cohesive single story. While the individual pieces can be enjoyed on their own, the story is richer and more meaningful for readers when they come together to form a greater whole. LBD is also an example of a specific subset of transmedia stories, a genre known as "literary-inspired web series". These stories reinvent and re-imagine classic literature from Austen, Brontë, Shakespeare, and Shelley (among many others) for the digital era. The stories are often retold from a modern, contemporary perspective, providing readers with a relatable context and leveraging popular social media sites.

Though the plot of The Lizzie Bennet Diaries obviously took inspiration from Pride and Prejudice, the original release of the story in 2012 and 2013 did have a few key features that offered digital readers a different kind of storytelling experience that was deeply immersive and emotionally meaningful, even if they had prior knowledge of Austen’s novel. LBD achieved this by incorporating ways for readers to participate in and interact with the story; expanding and updating Austen’s story beyond the novel; and significantly developing the role of Lydia, Lizzie’s younger sister.

For instance, readers could leave comments on one of Lizzie’s videos, send messages to Darcy on Twitter or share photo collages and memes on Tumblr. Reader questions were also incorporated into special Q&A videos. In a recent survey of LBD fans, many readers indicated that interactive and participatory parts of the story made them feel like LBD "was actually happening in real life" and that "Lizzie knew you were there watching and waiting to see what happened next".

The various social media accounts also allowed LBD to expand upon Austen's original novel, by allowing secondary characters to "speak" for themselves and putting a modern spin on the novel’s events. Lizzie, for example, holds a prejudiced opinion of Darcy in the beginning of the story, but Darcy’s Twitter account presented an alternative perspective and gave readers the opportunity to "realise that Lizzie is a biased narrator and doesn’t have the whole story".

Similarly, some of the readers surveyed mentioned their confusion about Charlotte Lucas’ decision to marry Mr. Collins in Pride and Prejudice, but then said they were better able to understand why the LBD version of Charlotte would accept a practical job offer in order to pay off school loans. The most significant expansion of the original story, however, came from the character of Lydia. Initially intended as a minor character, readers reacted so positively to her in 2012 that the creators developed an entire secondary storyline for Lydia within Lizzie’s larger story. In addition to adding more nuance and complexity to the character of Lydia, this expansion also compelled readers to "think about Lydia differently" because her videos allowed them to "see just how manipulative Wickham could be".

Though the LBD supposedly "ended" in March 2013 with the conclusion of Lizzie’s story as written by Austen, it remains freely available online and continues to resonate with fans. According to one reader, the LBD characters "are people I still think about regularly and wonder if they're okay, what they're up to, if they're happy."

LBD has also strengthened readers’ connection to Austen and her novel. The survey of readers found that 76% chose to re-read Pride and Prejudice after their experience with LBD. Digital stories such as the LBD and other literary-inspired web series help challenge the notion that digital forms of reading are less valuable reading print texts. Inventive, interactive, and immersive stories like LBD can offer readers meaningful narrative experiences on the social media platforms they may already use and can help bridge the gap between the classic literature of the past and the digital future.