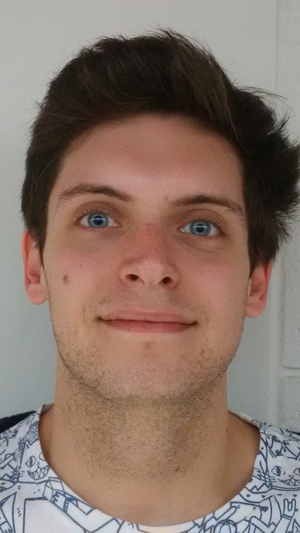 Opinion: welcome to a world where artificial intelligence is capable of learning from experience like we do

Can you teach an old dog new tricks? What about teaching a chess playing artificial intelligence (AI) to play checkers? Can machines learn and think in the same way that people do? The answers, at least to the last two questions, are yes and yes.

Research on AI is not new nor is the idea that we might be able to build an artificial machine that can think in the same way human beings do. What is new is that we have recently reached the point where artificially intelligent agents are capable of learning in the same ways that humans learn, from experience.

Before the turn of millennium, almost all research in the field of AI focused on creating AIs that merely imitated human abilities. For example, although Deep Blue's victory over chess grandmaster Garry Kasparov in 1997 was unprecedented, it was not really a demonstration of a genuine learning machine.

It was more a demonstration of how a machine with enough specialised knowledge and computational power could imitate – indeed surpass – the human ability to learn and master the game of chess. So what changed? Well, we finally started to design AIs in the way Alan Turing envisioned more than half a century ago.

Even before the term 'artificial intelligence’ was coined Turing made remarkable insights into the direction research in the field of AI ought to proceed in pursuit of the creation of thinking machines. His legacy endures as a result of the thought experiment known as the "Turing Test" but which Turing called the "Imitation Game."

From RTÉ Radio 1's The History Show, as a big screen adaption of Andrew Hodges biography opens in cinemas, we explore the life and death of Alan Turing – the brilliant World War II code breaker who paid the ultimate price for being gay.

You might recognise that as the title of the recent movie about Turing, played by Benedict Cumberbatch, highlighting his role in cracking Enigma, but which also hinted at Turing’s contributions to the creation of the digital computer.

Insofar as progress on the creation of genuine learning machines is concerned, most research in the field of AI has been spent attempting to create machines that imitate human abilities. This is the essence of the Turing Test: can a human judge, after interacting with two unknown agents, correctly identify which agent is another human and which is a machine?

READ: can artificial intelligence reduce anxiety in the workplace?
READ: why AI will not outsmart us

Research in AI has been focused for too long on simply imitating the adult human mind. You can see for yourself how far we have yet to go in creating a chatbot that is capable of passing the Turing Test by talking with Mitsuku.

Four-time winner of the Loebner Prize, awarded to programs considered to be the most human-like, Mitsuku, though impressive, does not yet convincingly imitate human conversational abilities.

So despite the fact that the competition for the Loebner Prize was launched in 1990, this particular competition, indeed most attempts to create AIs that can pass some version of the Turing Test, do not encourage research into AI and machine learning per se.

Focusing too intently on the Turing Test has resulted in the erroneous conflation of imitation with intelligence, the result being the redirection of resources in the field of AI towards deceptive rather than genuinely intelligent artificial agents. But we have entered a new age of AI.

Only now, after decades of failed attempts at creating machines that could pass the Turing Test, can the true genius of Turing's remarks on machine learning and AI be appreciated.

Turing suggested that we create an artificial agent with the mind of a child, one that is capable of learning via experience and education. This is precisely the change that has swept the field of AI over the last two decades.

The artificial agent AlphaZero developed by DeepMind for example is a testament to the superhuman heights learning machines can reach if designed in the way Turing described. AlphaZero learns, tabula rasa, to play chess, go and shogi (also known as Japanese chess).

Even before AlphaZero, DeepMind developed a general learning agent capable of playing popular Atari games. The agent learns from the experience it gains by playing the game as a human would. Watch it learn to play Breakout or Space Invaders.

AlphaZero and this new generation of AIs are different in kind from Deep Blue and the narrow expert systems often associated with AI. Robust human-like intelligence, as Turing realised, is not achieved through mere imitation. It is achieved by educating an initially unintelligent artificial child-mind until it reaches human, or even superhuman, levels of intelligence.

The hard work that lies before us now is developing a suitable curriculum for these AIs since, if educated correctly, they could usher in a golden age the likes of which humanity has never seen before, one that is well worth striving for.

Marten Kaas is a PhD student in Philosophy at UCC