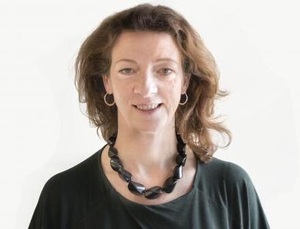 Analysis: How the media shapes the national understanding of domestic violence really matters, but unfortunately, it often tend to give audiences and readers simplistic, inadequate and distorted representations.

In 2018 Women’s Aid recorded 20,722 disclosures of domestic abuse against women and children. That’s 44 phone calls a day to a helpline, every single day, for the last year.

These phone calls reveal individual stories of women trapped in abusive relationships, isolated and alone, living in fear and seeing no way out. One woman in every five in Ireland lives that reality of fear and violence on a daily and unrelenting basis.

Media depictions of domestic violence are an important part of how the public comes to understand this reality and are key to shaping the engagement that policy makers have with domestic violence.

How the media approaches this topic can impact on how much support agencies such as Women’s Aid and Safe Ireland get from the State to support their work in advocating for victims. How the media shapes the national understanding of domestic violence really matters for the women phoning the support lines.

Unfortunately, the media in Ireland and internationally often tend to give audiences and readers simplistic, inadequate and distorted representations of the extent and nature of violence against women. They do this in a number of different ways. Reporting tends to be sensationalist.

Read: Why all victims deserve support

The stories that get most coverage are not the ones that most commonly happen to women. For instance there is less media coverage of the frequent court cases where women apply for protection orders and more coverage of rarer murder cases, often accompanied by salacious details that describe murder weapons and graphic physical injuries inflicted on women.

Coverage can be skewed when victims are blamed in subtle ways. Victims are most usually blamed for their inaction when the question ‘Why didn’t she leave?’ is asked. This is the question posed in place of journalists asking why wasn’t the perpetrator sanctioned or removed from the home.

Perpetrators are similarly let off the hook when their actions are described as ‘out of character’ for a ‘pillar of the community’, when they are described as ‘flipping’ or as having ‘mental health issues’ in cases where there is no pre-existing evidence of any mental illness and questions about pre-existing patterns of coercive control are not examined.

From Radio 1's The Ray D'Arcy Show, after Clodagh Hawe’s mother Mary Coll and sister Jacqueline Connolly spoke out for the first time since Clodagh and her three sons Liam, Niall and Ryan were murdered by their husband and father, Alan Hawe. As part of the interview broadcast on Claire Byrne Live, they raised concerns for other women who may be in danger.

The identities of women at the centre of femicide cases can be completely erased by the media. The reactions of the Irish public to the erasure of Clodagh Hawe from the story of her death and that of her three children is a poignant but not unique case of this erasure. BBC coverage of a murder suicide in West Berkshire recently described how two people were ‘found’ dead, as if nothing had instigated the deaths.

The women, Paula, was described in a single line as ‘suffering from dementia’ while more of the article described Antony Meadow’s career as a former Concorde pilot. The plane got more coverage in the story of Paula’s death than she did.

Typically each case of domestic violence is presented as a single episode, as an individual story, disconnected from all the other episodes. But those episodes do make a pattern, which researchers study and understand and can even predict, as evidenced by Dr Jane Monckton Smith’s homicide timeline, which maps the eight stages a relationship goes through before it ends in the murder of a woman.

Media also tend to cover domestic violence less often and with less depth than other violent crimes of a similarly serious nature. Domestic violence is presented as a private affair, as an ‘argument’ or ‘row’ between a couple that turns physical, rather than seeing it for what it is, a systematic, continuous and patterned power play of control.

This coverage fails to present violence against women as a public problem, as embedded in gender-based power imbalances in our society that need to be addressed at a public level. All of these practices of misrepresenting domestic violence in the media need to change.

A number of countries have developed guidelines to encourage sensitive and ethical reporting. They recommend framing domestic violence as a social problem, including statistics and avoiding misconceptions like those outlined above. Only one study however, (Ryan, Anastario & Dacunha, 2006) has examined the outcomes of creating guidelines.

Following engagement between media and advocacy organisations to develop a handbook for journalists in Rhode Island, the term ‘domestic violence’ increased in usage from 51% to 87% and the presence of expert advocates as news sources doubled while bystander commentary declined.

Clearly when media and advocacy organisations work together, the resultant coverage of domestic violence and femicides benefits.

At the launch of the Women’s Aid ‘Femicide Watch Report’ in 2018, there was a very beautiful art installation at the back of the room. It was a constellation of candles, each candleholder inscribed with the name of a woman or child who had died at the hands of a current or former intimate partner.

The names of Clodagh, Niall, Liam and Ryan were written together on one candle holder. Whether or not we can reduce the number of candles lit in future depends on what we do now and the Irish media can be a key part of that change.

There is need for engagement between media organisations, researchers and domestic violence advocates to generate not just guidelines but real change in the nature of reporting, to better tell the stories of the 44 women who lift the phone every day to make that call.

Anyone affected by issues raised in this article can contact:

Dr Anne O'Brien is a lecturer with the Department of Media Studies. Her research focuses on gender and creative industries, women’s production work and representations of women in Irish broadcasting.