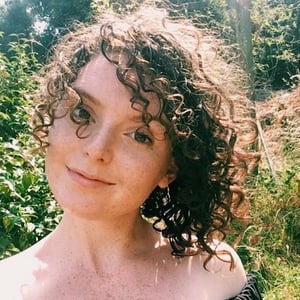 Opinion: The use of the term ‘precision’ deliberately masks the fact that civilians are still killed in substantial numbers, whether by drone strikes or manned aerial bombing.

Earlier this month, the Wall Street Journal revealed that the U.S. has, on at least six occasions, used a new ‘precision’ weapon: the R9X, also dubbed the ‘Flying Ginsu’.

This missile is an adapted version of the AGM-114 Hellfire Missile (the missile most commonly used in drone and other air strikes by the U.S.). Unlike the AGM-114, instead of exploding on hitting its target, the R9X instead spears its targets with six large blades.

Apparently developed during the Obama administration in an effort to reduce the civilian casualties caused by drone strikes, the R9X represents another step in attempts to portray the ‘war on terror’ as a conflict characterised by precision and care for civilians.

And yet, ironically, when it comes to weaponry, definitions of the term ‘precise’ and ‘precision’ weapon are often all too vague.

Precision guided munitions or weapons are variously defined as weapons that can be ‘directed against a target using either external guidance or a guidance system of their own’; and by the U.S. Air Force Weapons School as a weapon that impacts within a three-metre CEP (Circular Error Probable) as compared to an accurate weapon which impacts within a ten-metre CEP.

CEP tends to be the most relied upon measure. A weapon’s CEP is ascertained by calculating how close to the aim point a weapon hits 50% of the time.

Under the U.S. military’s current definition, the terms ‘precision guided munitions’ or ‘precise weapon’ mean only that the weapon in question is one that is expected, 50% of the time, to hit within three metres of the aim point. CEP doesn’t account for a missile’s blast radius.

The blast radius of a missile is the distance within which an individual is likely to be killed, injured or otherwise affected by the detonation of the missile. For example, the kill radius from a Hellfire missile extends between 15-20 meters. Meanwhile, due to the shrapnel that the missile projects after explosion, anyone within 40 - 50 metres of the site of a Hellfire missile target may also be physically incapacitated or otherwise affected.

By virtue of the fact that it doesn’t explode, but instead slices its target with long blades (or crushes them with the weight of the missile), the R9X is certainly more ‘precise’ than an AGM-114, and it is unlikely that blast radius needs to be taken into account. But precision, especially in the U.S. ‘war on terror’, is about so much more than how accurately a weapon can hit its aim point.

Read: Is war inevitable between the US and Iran?
Read: How US drone strikes still bring death and destruction from above

Technological precision and normative precision are deliberately conflated in the rhetoric surrounding drone strikes. Put simply, just because a weapon is more technologically precise does not mean that the strategy surrounding it is sound, that it is actually precisely hitting its target, or – perhaps most importantly - that the ‘right’ people are being targeted and killed.

A devastating example of this can be seen in the use of the AC-130 gunship, also known as the ‘angel of death’. An AC-130 gunship was responsible for striking, over the course of an hour, a Médicins Sans Frontières (MSF) hospital in the besieged city of Kunduz in Afghanistan on the 3rd October, 2015, the only working trauma hospital in the city.

From RTÉ Radio 1's Drivetime, Medecins Sans Frontieres pulled their staff out of Kuduz in Afghanistan after a US airstrike on its hospital killed 22 people at the weekend. They also demanded an independent international inquiry into the attack. Mary spoke to Sune Engel Rassmussen, a reporter with The Guardian in Afghanistan about this story.

The air strikes killed at least 42 people, including ten patients (three of whom were children) and twelve members of staff. Carrying a wide-range of weaponry, including 25-millimetre and 40-millimetre canons, and a 105-millimetre howitzer, the AC-130 is supposed to be more accurate than other, similar warplanes.

The risk of physical incapacitation from a 105-mm howitzer stands at 10% if one is within 90 metres of the targeted site. This is almost double the risk estimate distance of a Hellfire missile, and yet the howitzer is still classed as ‘precise’.

This attack on the MSF hospital in Kunduz, by a gunship equipped with extremely ‘precise’ weaponry, perfectly exposes both the limits of technological and normative precision, the danger in conflating the two, and the trend toward avoiding responsibility for military actions which kill and/or injure civilians by deeming them ‘tragic incidents’ or ‘accidents’.

The use of the term ‘precision’ deliberately masks the fact that civilians are still killed in substantial numbers, whether by drone strikes or manned aerial bombing, in the ‘war on terror’. Yet air power, and in particular armed drones, are regularly presented as the optimum method of countering terrorism due to their ability to be ‘precise’ in their targeting.

Claims of precision are central to the representation of drone warfare in particular, and of Western warfare and aerial bombing in general - as ethical, superior, and virtuous.

In reality, it is no such thing. 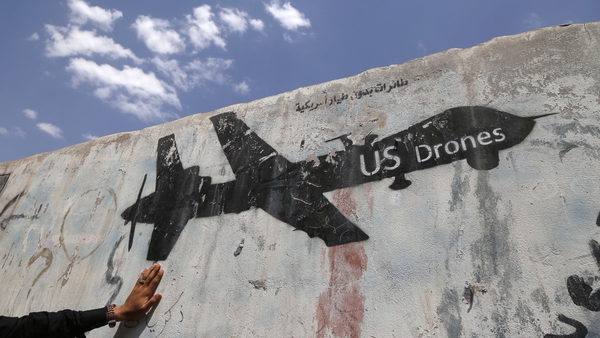 How US drone strikes still bring death and destruction from above