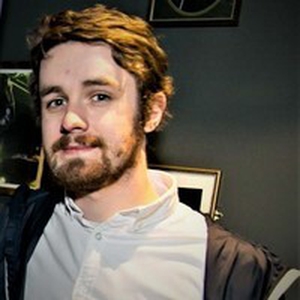 Opinion: science fiction has long been brooding over the nature of humanity’s relationship with technology

"I hope I do not startle you. I am a human being like yourself … —my brain is in that cylinder and I see, hear, and speak through these electronic vibrators." This passage in H.P. Lovecraft’s 1930 story, "The Whisperer in Darkness", features perhaps the earliest instance of a "brain-in-a-jar", a literary image used to explore the psychological and biological limits of human nature.

Yet what began as a chilling thought experiment in the pages of Weird Tales magazine has since become a pressing social and cultural issue, one being explored with ever-increasing urgency by those committed to escaping from human biology by technological means. For "transhumanists" such as philosopher Hans Moravec, and organisations such as Humanity+, the future of the human species lies in uploading human consciousness to computer networks, or "upgrading" body parts with technological enhancements. The headline of a recent Guardian article summarises the aims of this movement: "your animal life is over. Your machine life has begun."

From RTÉ 2fm's Dave Fanning Show, writer and journalist Mark O'Connell talks about his book To Be A Machine and the fascinating world of transhumanism

But what would such a change actually look like? What are the political, ethical, and cultural ramifications of such technological transformations? And what understanding of the term "human" does such a transition imply?

Unlike the characters in Lovecraft’s story, we don’t need to wander in the darkness as we grapple with these questions. Science fiction has long been brooding over the nature of humanity’s relationship with technology. Series such as Charlie Brooker’s Black Mirror and films such as Transcendence and Lucy demonstrate some of the hopes and anxieties that go along with ever-increasing interface between humans and technology—yet such explorations can be found much earlier than this.

From 1932, Aldous Huxley’s Brave New World offers an early depiction of a world overrun with technological systems. Set in a far-future Britain, the novel stresses the existential danger that technology potentially poses to the sanctity of human nature. Workers are mass-produced in factories, conditioned into their assigned social roles through machine learning, and given recreative drugs and endless mass entertainment to keep them docile. These horrifying images highlighted the hidden threat of technological progress for Huxley: its ability to provide endless stimulation and comfort, thereby robbing individuals of the ability—and even the desire—to engage meaningfully with society.

Brave New World thus views technological systems as having the capacity to fundamentally shape and condition human existence. Of course, such systems permeate our everyday lives: Facebook and Twitter, for example, don’t just provide communications platforms, but fundamentally determine the way that we communicate, the way we relate to one another and the way that we identify ourselves. The internet is perhaps the clearest example of such a technological system. It has changed the face of human interaction and communication in ways not yet fully grasped and understood.

Yet even the internet has its predecessor in science-fiction works. William Gibson’s Neuromancer, published in 1984, is perhaps one of the most significant works of the last few decades, influencing later books and films from The Matrix to Ready Player One. The novel depicts a grim future world in which individuals connect into a global communications network called, not coincidentally, the "Matrix".

Yet, although Gibson’s novel predicts many of our contemporary concerns regarding the blurring of the human and the technological, Neuromancer is no transhumanist fantasy: before Case can "plug in" to the Matrix and experience a world free from the physical constraints of material reality, he first needs to have surgery on his damaged nervous system, thereby emphasising his continued existence as a biological, as well as technological, being. Case is an example of what American philosopher Donna Haraway calls a "cyborg" in her famous 1985 essay A Cyborg Manifesto: a "creature … simultaneously animal and machine" who blurs the boundaries between these different realms of being.

From RTÉ 2fm's Chris and Ciara show, an interview with human cyborg Amal Graafstra who has chips implanted in each hand and has almost completely stopped using keys and passwords

Cyborgs are to be found throughout science fiction and are perhaps the clearest example of how technology can challenge traditional ideas of what it means to be human. In Mary Shelley’s Frankenstein (1818), the novel that is often considered the first "proper" work of science fiction, Viktor Frankenstein creates a "new Adam", an artificial man constructed from pillaged body parts. Yet although the Creature may be artificial, a product of technological rather than biological forces, he also possesses a natural sympathy and intelligence that make him as recognisably "human" as any other character. Frankenstein thus suggests that to be "human" is a question of moral and intellectual qualities, so that even so unnatural a being as the Creature can qualify for full personhood.

The story of Frankenstein has been told again and again throughout science fiction, from R.L. Stevenson’s Dr. Jekyll and Mr. Hyde (1886) right up to Alex Garland’s Ex Machina (2014). Herein lies the value of science fiction as a literary genre: when we are faced in such stories (to paraphrase the title of Ian McEwan’s latest SF novel) with "machines like us", then we are also confronted with some tricky questions regarding our relationship towards technology. In a world of smartphones, prosthetic limbs, and DNA sequencing, where exactly does the "human" begin and the "machine" end? And—perhaps more importantly—who gets to decide what "human" even means?

We learn from science fiction is that we are all "cyborgs"—humans caught in a web of technological systems that both control and are controlled, shape and are shaped by us

After all, what we learn from science fiction is that we are all "cyborgs"—humans caught in a web of technological systems that both control and are controlled, shape and are shaped by us. Science fiction shines a light on these relationships, and shows us that, although the answers to the questions underpinning our relationship with technology remain unclear, the questions themselves are as old as technology itself.