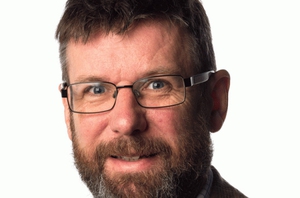 Analysis: 1919's total eclipse of the sun provided the first evidence in favour of Einstein's theory of general relativity

A total eclipse of the sun is a cosmic spectacle that provides a moment of magic for anyone lucky enough to observe it. But one particular eclipse, 100 years ago this month, provided an opportunity for astronomers to make measurements that turned the world of science on its head. This eclipse provided the first evidence in favour of Albert Einstein's then new theory of general relativity.

When the eclipse results were announced, they created an unprecedented media reaction, making front page headlines around the world. "Revolution in science: new theory of the universe: Newtonian ideas overthrown" ran The Times. Across the Atlantic, the New York Times plumped for "Lights all askew in the heavens: Einstein’s theory triumphs." Einstein became a global celebrity overnight.

So what was the big deal about these measurements? Did they really create a "Revolution in science"? And why did Einstein suddenly become so famous?

Before Einstein, the science of the Universe was largely framed in a language created by Sir Isaac Newton, as set out in his monumental Philosophiae Naturalis Principia Mathematica, published in 1687. The Principia – as it is known for short – laid down a set of mathematical laws that apply as much to celestial phenomena, such as the motion of planets around the sun, as to more mundane objects such as apples falling from trees.

At the heart of Newton’s concept of the Universe were his thoughts about space and time. In particular, to Newton, space was absolute, an embodiment of the geometrical laws described centuries earlier by Greek mathematician Euclid. It was the immovable stage on which bodies moved and interacted.

The edifice created by Newton dominated scientific thought for over two hundred years, until it was challenged by Einstein. His general theory of relativity, first aired in 1915, was as complete a description of nature as Newton had prescribed in his Principia, but radically different. In particular, Einstein's description of gravity required space to curve near massive bodies, an idea that would have seemed nonsensical to Newton.

From RTÉ One's One News, scientists have proven Einstein’s theory of general relativity by measuring the effects of a supermassive black hole on a star passing through its gravitational field

When he published the general theory, Einstein was in Germany which was at war with Britain, but a copy was soon smuggled through to Cambridge via Holland. There it was read by Arthur Stanley Eddington who, together with the Astronomer Royal of the time, Sir Frank Watson Dyson, realised that Einstein’s theory could be tested experimentally. If space really were indeed distorted by gravity, then light passing through it would not travel in a straight line, but would follow a curved path. The bending would be largest for light passing very close to a very massive body, such as the sun.

Normally it is impossible to see how the light from stars might be bent by the sun’s gravity, because the sun is so bright it completely swamps the light from anything else in the sky. The solution is to make observations during a total eclipse, when the sun’s light is blotted out for a few minutes. If Einstein was right, the sun’s gravitational field would shift these stars to slightly different positions from where they would be seen at other times of the year, in the night sky (when the Sunis far away from them in the sky).

The path of totality of the 1919 eclipse passed from northern Brazil, across the Atlantic Ocean to West Africa. Two expeditions were organised: one to Sobral, in Brazil (led by Andrew Crommelin, an Irishman); the other to the island of Principe, in the Gulf of Guinea (led by Eddington).

From RTÉ Radio 1's Drivetime, Professor Peter Gallagher from Dublin Institute for Advanced Studies on how the first ever image taken of a black hole supports Einstein's theory of relativity.

Back in England after the eclipse, Eddington himself measured the positions of the stars that appeared on all the photographs and compared them with comparison plates taken at night with the sun very far away in the sky. This was a painstaking task because the expected deflections were very small and the observing conditions were difficult. It took time to analyse the data. When the results were ready, the Royal Society and Royal Astronomical Society called a special joint meeting in London on November 6th 1919. There, Dyson announced to an astonished audience that the measurements agreed with the predictions of Einstein’s theory.

The reaction of the scientific establishment was remarkable enough, but the press reaction was truly extraordinary. Overnight, Einstein became a household name. He was even invited to appear in Variety at the London Palladium, an invitation he (wisely) declined. His transition to cult status was sharp. Before 1919 there is no mention of Einstein's name in the New York Times' annual index of proper names; since 1919, there hasn't been a year in which his name is absent.

The edifice created by Newton dominated scientific thought for over two hundred years, until it was challenged by Einstein

There was much more to Einstein's fame than science. The public embraced a moment that showed the capacity of the human mind to understand the secrets of the universe, a welcome distraction from the horror of war. The two principal protagonists in this story, the British Eddington (a Quaker) and the German-born Einstein, both pacifists, must have been particularly pleased at the reconciliation between their nations brought about by the results.

The century since 1919 has seen many other manifestations of Einstein's theory including gravitational lenses, gravitational waves, and most recently the imaging of a black hole by the Event Horizon Telescope. General relativity has found down-to-earth applications too: the GPS system in your car would not function properly without it. "Revolution in Science" it definitely was!

Professor Peter Coles will deliver a lecture on Revolution in the Skies: the Experiment that made Einstein Famous in SE014 in the School of Education at Maynooth University on WEdnesday May 29th at 1pm. Admission is free and tickets can be booked in advance here.

Professor Peter Coles is a theoretical astrophysicist at Maynooth University whose research is in the area of cosmology and the large-scale structure of the universe.