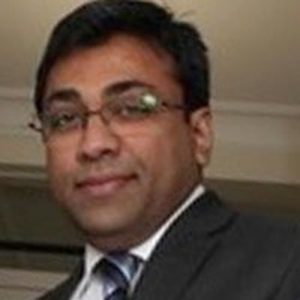 Opinion: for macroeconomics to be relevant, it must bring social aspects into its analysis, including the role of gender

When a discipline  is as unaffected as economics has been by the 2008 financial crisis, it may be safe to say that it has lost its ability to relate to the real world. This is particularly true in the case of macroeconomics, the branch that informs the budgetary and monetary policies of a country. The limitations of modern macroeconomics are now recognised by the proponents themselves and there has been a considerable amount of public debate around the world to rethink economics in a way that relates to what people experience in their day to day lives.

For a start, modern macroeconomics should reconstruct and engender the notion of "household" liberating it from the wisdom of the "rational agent". Not all decisions in the household are amenable to the rationalistic point of view. Activities regarding the care of children, elderly and other members in the household are mostly done by women and these are not based on "rational" calculations.

When you examine this issue, it becomes clear that care is essential for the re-production of market labour. The amount of unpaid care that goes into various types of domestic work releases labour time for predominantly male members of the household for paid market activities. The unpaid care is not just an input in today’s economic output but, through the care of children, it produces future labour or human capital and hence it is an investment for the future.

There is substantial international evidence that supports the observation that the burden of unpaid care falls more on women, in both developing and developed countries. In 2014, OECD data showed that women spend on average between three to six hours on unpaid care activities, while men spend between 0.5 to two hours across all regions of the world. In OECD countries, women spend about 2.4 hours each day more than men on unpaid care work.

In Ireland, data from the first pilot time-use survey conducted in 2005 reveals the time spent on unpaid work and caring time on weekdays average just over five hours for women compared to one hour 40 minutes for men. The McKinsey Global Institute estimated the unpaid care work undertaken by women to be $10 trillion of output per year, roughly equivalent to 13% of global GDP in 2015.

The Sustainable Development Goals (SDG), adopted by the United Nations General Assembly in 2015, articulates the explicit goal of achieving gender equality and empowering all women and girls with a specific target to recognise and reduce the unequal burden of unpaid care work of women. The SDGs further stress the importance of macroeconomic policies as a crucial enabler of gender equality and recommends that economic policymakers recognise and value unpaid care work of women. However, the gender-blind macroeconomic models do not have the means to identify the adverse dynamic between economic growth and gender inequality, and their policies can indeed lead to a reinforcement of gender inequalities.

For macroeconomics to stay relevant, it must recognise the role of gender norms and social relations in economic decision-making at both household and community level. When the economy is viewed through the prism of social relations, it highlights the role of care, which is unpaid and deemed unproductive, as being fundamental for both today’s output and for future economic growth. Any rethinking of economics must recognise that the invisible hand of the market rests on care and that capitalism uses and reinforces patriarchy for its sustenance.

Dr Srinivas Raghavendra is a lecturer in Economics at NUI Galway