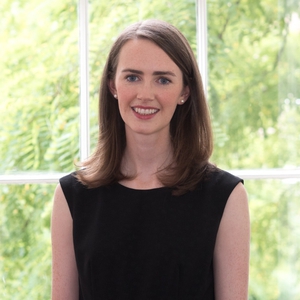 Opinion: why is the State's insistence on secrecy around the institutional abuse which happened in Ireland stronger than ever?

It is over 20 years since Taoiseach Bertie Ahern’s 1999 State apology to survivors of Ireland’s Industrial and Reformatory Schools. Explaining his motivations for the apology some years later, Ahern told the Ryan Commission to Inquire into Child Abuse that "the reality is we were dealing with a group of victims who were decent honourable people, who had suffered and deserved the State’s [sic] best apology the State could give".

It is only by recognising and respecting those rights now that the State can demonstrate remorse for, and capacity for change from, its previous pattern of abuse. This is a principle that should have underpinned all responses since 1999 to our terrible legacy of unlawful family separation and systematic cruelty and exploitation in institutions nationwide.

Censorship of survivors and archives

But while rightly establishing some statutory investigations and financial payment schemes, the State has at the same time exercised its legal powers for the last two decades over the evidence contained in witness testimonies and the archives of church and official bodies to censor survivors and keep personal information from many.

Survivors have been treated as though they cannot be trusted with the evidence of their own past. Public access to non-sensitive documents such as administrative files, inspection and financial registers, and burial location records, has also been prohibited.

The church authorities in turn have felt no obligation to establish public archives that are readily searchable and accessible.In this way, survivors’ access to the courts and Garda complaints mechanisms has been gravely hampered. The ability of many to piece together their own history – including such fundamental aspects as their own identity and health conditions – has been denied. In addition, society’s opportunity to properly engage with our recent past and dismantle the similar systems that prevail at present is significantly curtailed.

From RTÉ Archives, RTÉ News reports on Taoiseach Bertie Ahern apologising on behalf of the state and its citizens to the victims of institutional child abuse on May 11th 1999

Why we need an independent national repository

Now is the time for political leaders in Ireland to announce the creation of an independent national repository which gives survivors and relatives of the deceased all existing personal records. The national repository should also provide public access to testimony voluntarily deposited, archival records and other material evidence of our shared history.

This was the primary recommendation of the Clann Project, an evidence-gathering initiative of which I am a co-director with Claire McGettrick, upon publishing our Principal Submissions to the Mother and Baby Homes Commission of Investigation. These submissions to the Commission of Investigation drew on 79 witness statements drafted by the international law firm Hogan Lovells LLP.

The Government should heed the clear and carefully-devised Set of general recommendations for truth commissions and archives published by the United Nations Special Rapporteur on the promotion of truth, justice, reparation and guarantees of non-recurrence in 2013.

Canada offers an example of how to construct national archives of institutional abuse records, as Dr James Gallen of Dublin City University frequently argues. The Canadian National Center for Truth and Reconciliation, established recently at the University of Manitoba, houses millions of digitised records taken from government sources, Indian Residential Schools and the religious bodies involved in managing them, survivor statements (given voluntarily to the archive) and other community events and hearings conducted by the Truth and Reconciliation Commission over the past decade. The National Center’s policies and activities are overseen by a Governing Circle including survivors and their ancestors and a majority of whose members must identify as Aboriginal.

The State’s ever-expanding censorship of testamentary and archival evidence is unlikely to fully survive future litigation. Putting survivors through the intense stress and delays of litigating for access to basic information will be yet another incalculable failure on all of our part.

Ireland’s international human rights reputation is also at stake, as critical reports and urgent recommendations by independent treaty monitoring bodies and human rights experts continue to pile up. As Dr Carole Holohan wrote for Amnesty International Ireland following the Ryan Report’s publication, and as I have written with colleagues in the Clann Project report and previously in the Justice for Magdalenes' report on the Magdalene Laundries, the human rights abuses described by survivors of Ireland’s institutions and adoption system are among the most serious recognised by the international community.

Forced disappearance, torture, inhuman and degrading treatment, widespread arbitrary detention and systematic violations of the right to respect for family and private life all require the State to investigate in a manner that includes victims/survivors. The State has obligations to allow access to judicial complaints mechanisms and to ensure that victims/survivors have the means of obtaining redress including as full rehabilitation as possible.

These things all depend on the State producing the evidence it holds and forcing the production of privately held records. An independent national repository is an essential way of showing that Irish society and the State mean to treat people differently than we did before.

10 ways in which institutional abuse information is still kept secret

(1) The Retention of Records Bill 2019, which Minister for Education Joe McHugh recently introduced in the Dáil, proposes to withhold from public inspection every document gathered or made by the Commission to Inquire into Child Abuse, Residential Institutions Redress Board and Residential Institutions Redress Review Committee for no less than the next 75 years. This includes all survivor testimony and all administrative records and other evidence of the operation of Industrial and Reformatory Schools. The Bill does not provide for survivors to be given a copy of their own testimony or asked whether they wish their testimony to form part of the national historical record during their lifetime.

(2) Almost no prosecutions appear to have arisen from the investigations of the Ryan Commission to Inquire into Child Abuse, as the advocacy group Reclaiming Self has highlighted. The Government’s explanation to the United Nations Committee Against Torture is that "the provisions governing the Ryan Commission’s work precluded the disclosure of the names of persons identified as perpetrators, hence this information was not available to An Garda Síochána for the purposes of initiating criminal investigations."

From RTÉ Radio 1's Drivetime, a report on the publication of the Reclaiming Self report into the treatment of institutional abuse survivors

(3) Under the Residential Institutions Redress Act 2002, it is a criminal offence for survivors to "publish any information concerning an application or an award made under this Act that refers to any other person (including an applicant), relevant person or institution by name or which could reasonably lead to the identification of any other person (including an applicant), a relevant person or an institution referred to in an application made under this Act." Not only does this legislative provision appear to prohibit survivors from writing or speaking publicly about their experiences of seeking redress, but Reclaiming Self states that some survivors have interpreted it as preventing them from reporting their abusers to the Gardaí.

(4) The ongoing Mother and Baby Homes Commission of Investigation is refusing to provide survivors or the family members of the deceased with any of the personal information that it holds concerning them. In one letter to a survivor seeking her own records, the Commission said that its refusal was "in order to safeguard the effective operation of the Commission and the future cooperation of witnesses".

Meanwhile, as reported by Conall O’Fatharta of the Irish Examiner recently, the Commission said that it was refusing to inform families of the whereabouts of their relatives’ graves because underpinning legislation makes it "an offence for anyone, including a member of the Commission, to disclose or publish any evidence given or the contents of any document produced" and as a result "we cannot inform the families".

From RTÉ Archives, a 1999 report from RTÉ Radio 1's Morning Ireland after the State apology about if the commission of inquiry has the powers to investigate what really happened

(5) The Mother and Baby Homes Commission of Investigation is refusing to provide survivors with a transcript of their own evidence to the Commission.

(6) The Mother and Baby Homes Commission has decided to reject all survivor requests for public hearings, while the evidence that it gathers in private will be sealed for at least several decades according to its underpinning legislation and current High Court case law caselaw.

(7) According to its grounding legislation, the archive of the Mother and Baby Homes Commission will not be available for future use in civil or criminal proceedings.

(8) Regarding the Magdalene Laundries, the Department of An Taoiseach has repeatedly refused to release any of the contents of the McAleese Committee archive claiming that it is holding the archive "for safe keeping" and "not…for the purposes of the FOI Act".

RTÉ Brainstorm podcast looks at why does the State have so much information on its citizens and what the public can do to find out what's going on behind closed doors.

The non-statutory McAleese Committee returned all religious-owned records at the end of its work. Its archive contains all State records concerning the Magdalene Laundries, including administrative and financial files, and likely also contains some information relating to the as-yet unidentified burial sites of many women who died while incarcerated.

(9) There is no statutory right for adopted people (whether lawfully or unlawfully separated from their family) or people who were placed in informal or illegal care arrangements as children to access their early life files. As noted by the Clann Project, this is at odds with the legal position in Northern Ireland, England and Wales, Scotland, Germany, Spain, Austria and the Netherlands, among other jurisdictions.

(10) There is no explicit statutory right of access to personal records for relatives of children or adults who died in State or institutional care, many of whom still lie in unmarked graves.

Dr Maeve O'Rourke is a lecturer at the Irish Centre for Human Rights at NUI Galway. She is a co-founder of the Clann Project and a member of Justice for Magdalenes Research