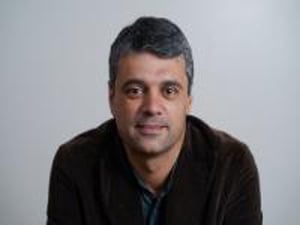 Isabel Briggs Myers developed her well-known classification of personality types over 60 years. During this time, the author and psychologist devoted herself entirely to the task of compiling and analysing data from thousands of surveys and individual studies, some of them conducted in challenging circumstances.

Almost 40 years after her passing, the Myers-Briggs Type Indicator (MBTI) classification is still being honed by modern-day research, a dynamic reflected in its growing impact on socio-economics. So why has it thus far been neglected by the classical music community?

A video by TwoSetViolin, How the 16 MBTI Personalitiy Types Make Music, offers plenty of scope for serious investigations of behaviour and interactions among classical musicians. Understanding their respective tendencies and needs could be very useful in dealing with a whole range of issues. Equally, individuals could benefit from the availability of critical data in terms of career choices. Educators and instrumental teachers could implement better centred pedagogical methods. Performing groups could maximise their team potential, and soloists and singers could sharpen their characterisations, by better understanding their own personality type.

How the 16 MBTI Personality Types Make Music by TwoSetViolin

The accepted wisdom is that personality is not really a key ingredient for a classical musician. Musical children are usually plainly described as "musical", in varying measures of awe depending on their precociousness. Professionals also tend to be construed as being one and the same: orchestral musicians are seen as team players and soloists as individuals.

But personality types are part and parcel of what defines popular music's genre. Vocals, songwriting, choice of instrument, onstage antics, dress sense etc all lend an air of carnival to the MBTI. Bands thrive on exacerbated tensions with their environment or from within, but orchestras or string quartets cannot function unless the different components are aligned, to some extent, to the will of a conductor or group leader. Only then can the whole group sound greater than the sum of its parts.

Although classical musicians could be regarded as more submissive since they bow to a greater will (the greatest being that of the usually dead composer), this does not mean that their own personality shuts down as they perform. How, then, do their dominant psychological traits manifest themselves?

The third preference dichotomy listed in the MBTI, that of feeling (F) versus thinking, or analysing (T), should be less pronounced since their training is extremely analytical in developing a solid instrumental technique (leaving out those who are naturally academically inclined), while feeling is probably their dominant feature since making music is to an extent beyond our rational compass.

However, the F function appears to prevail in other music-related activities. Anita Steele and Sylvester Young discovered that music therapy is most attractive to the INFJ type, while music teaching appeals to the extroverted strain of the same type (ENFJ), specifying that those adjectives (Introverted and Extroverted) refer to the "outlook on life" of those individuals rather than their behaviour.

For pianists, though, the amount of "abstract" analytical data (such as musical notation) far exceeds its tactile counterpart, with greater emphasis on coordinating hand and feet movements than on the quality and substance of those movements, as is the case in string playing (vibrato, pressure, support) and singing. Until statistically proven by marked preference for music from T types, it is still the realm of the myth to say that classical music is a very mathematical subject.

Of course the primary concern in music performance, the ability to remain focused and communicative, would appear to be essentially linked to that crucial extroverted vs introverted clash. "I" types can nevertheless display extroverted thinking, while INTJs or INTPs generally seek recognition (or appreciation at any rate) of their altruistic thinking.

Paradoxically, "E" types of classical musicians are just as likely to experience stage fright, but may lack the resources to tackle it other than head-on. The "I" type’s natural compulsion to think their way through a performance logically decreases their fear of memory lapses or their perception of external issues (heat, noise, visuals). These subtle shifts are not always clearly stated by stage fright experts who tend to treat the subject in universal terms and deal with the individual’s responses rather than highlight their susceptibility.

Perhaps the greater contribution of the MBTI to the future of music performance is pedagogy. Would it not be more human to engage as a teacher, with more child- centred psychology and, through an understanding of Myers-Briggs preferences, to determine a student’s modus operandi? If a child has a gift for music, but shows no extroverted tendencies whatsoever (INFJ springs to mind), should that child be expected to deliver on a violin, the most showy of all instruments? Is being locked behind a keyboard the right activity for an ESFJ (think of Jane Austen’s Emma practising her scales)?

As Steele and Young beautifully conclude in their paper, even a modest "descriptive investigation" should "help foster a stable task force in our profession." Isabel Briggs Meyer would have expected nothing less.