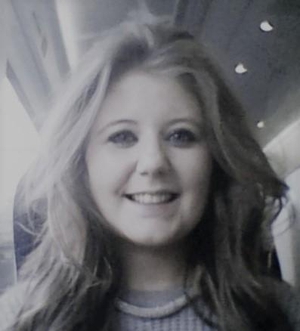 Opinion: the mooted office is modelled on a similar body in Australia, but there is little independent research about how well it is functioning

Technology and social media have infiltrated our daily lives and continue to grow and interact with society. While these bring many positive impacts, they may also be used to carry out technology-facilitated violence and abuse including sexual violence. There is significant momentum behind moves to regulate the sharing of harmful digital content, but victims of these crimes currently struggle to get the harmful material removed from the internet and social media.

What is the role of the Digital Safety Commissioner?

From RTÉ Radio 1's Morning Ireland, reaction to government plans to make internet safer to use

Reaction to the proposal

Overall, this bill has been welcomed by society in general and by many youth focused organisations such as the Irish Society for the Prevention of Cruelty to Children, the Ombudsman for Children, and CyberSafe Ireland. Many debates have arisen as a result of the proposed Digital Safety Commissioner Bill and, although it has been met with significant support, certainty and responsibility for this office has not yet been confirmed.

There are certain concerns which must be addressed before this body can be implemented including jurisdictional and definitional issues. There is also clarity required as to what role the courts have where an entity is established outside of the State, and the obligations imposed by the Bill on digital service undertakings.

The Australian office has the role of leading, coordinating and advising on online safety issues

Does Australia have the answers?

Considering Ireland’s major challenges with regard to the implementation of the proposed Digital Safety Commissioner, an analysis of the Australian eSafety Commissioner, which provided inspiration for the Irish proposal, may provide sufficient guidance.

The Office of the eSafety Commissioner is an independent statutory office, supported by the Australian Communications and Media Authority. The current Commissioner is Julie Inman Grant who was appointed in November 2016. This office has the role of leading, coordinating and advising on online safety issues to ensure safe, positive, and empowering online experiences.

The office and commissioner have seen significant development since their creation and have undergone extensive evolvement from an office supporting only children to an office protecting all Australians. Its overall functions stem around three key areas; providing a complaints service for young Australians who experience serious cyberbullying, identifying and removing illegal online content and tackling image-based abuse.

Although this body has been regarded as an innovative solution, it must be noted that there is little research conducted on the success of this body from an unbiased perspective. Current quantitative research has been conducted by the Office of the eSafety Commissioner or linked government bodies.

The effects of this body are measured through the eSafety Commissioner’s annual reports for 2015/2016, 2016/2017 and 2017/2018. The eSafety Commissioner’s governing legislation is Section 107 of the Enhancing Online Safety Act 2015 and this requires that the operation of the Act and its administering body be reviewed by the Australian government within three years after the commencement of the Act.

Stakeholders who engage with the eSafety Commissioner issued submissions critiquing certain functions of the body for the purpose of this review. A report which analyses the findings from the review was drafted by an independent reviewer. In 2018, this sole independent review highlighted issues stating that "major reform is needed to strengthen the regulatory regime". Furthermore, this independent analysis did not analyse all functions of the body. The lack of independent primary data and academic research on the functioning of the eSafety Commissioner suggests it is hard to confirm whether Ireland should follow the Australian model.