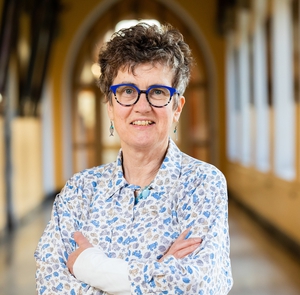 Analysis: Ireland's 16th and early 17th centuries may have been dominated by war and rebellion, but it was also a surprisingly bookish era

Ireland never features in traditional accounts of the European Renaissance. While literature and the arts flourished elsewhere, all that happened in Ireland during the late 16th and early 17th centuries seems to have been war, rebellion, famine, defeat and plantation.

Early modern Ireland was a time of tumultuous change. The defeat of Hugh O’Neill and his Confederates at the Battle of Kinsale in 1601, effectively ended Irish resistance to the Tudor conquest. The subsequent exodus of the leaders of the old Gaelic families, including the O’Neills and O’Donnells in the "Flight of the Earls" of 1607 cleared the way to English rule across the island, and left Ulster open to plantation.

These changes were epochal. Gaelic society lost its power bases, the lordships of the Gaelic and Gaelicised élite that sustained and encouraged native culture and learning, and English law, language and landownership would transform every aspect of Irish society. But what was lost in that dramatic and, for many, calamitous transformation?

From RTÉ Archives, a report by David Timlin from a 1969 episode of Irish Landscape on how plantation towns like Derry, New Ross, Portlaoise, Bandon, and Belfast have shaped our landscape

Irish society in the years between Henry VIII’s assumption of the kingship of Ireland in 1541 and the Flight of the Earls was anything but a society in freefall, heading inexorably towards defeat. Rather, it was a remarkably vibrant place, where several cultural traditions and languages flourished, sometimes in dialogue, sometimes clashing. The English newcomers, agents of the conquest, funnelled the energies of the English Renaissance into what was a surprisingly bookish conquest: this was a conflict where words mattered as much as swords.

An English poet, Samuel Daniels, writing towards the end of O’Neill’s Nine Years War, urged the English to deploy "armed letters and lettered arms". That incendiary combination of the sword and the pen operated on all sides. Yet when we now think of the Tudor conquest of Ireland, we often only remember works written in English. The colonial administrator and the epic poet Edmund Spenser wrote the greatest epic of the English Renaissance, The Faerie Queene, largely in Kilcolman Castle, which he was given as part of the spoils of victory during the Munster Plantation.

Spenser was not the only Englishman for whom culture and conflict went hand-in-hand. English author and solider Captain Barnaby Rich churned out polemical tracts while fighting with the English army in Ireland but also tossed off romances that gave plotlines to Shakespeare. Sir William Herbert, another planter, wrote an elegant dialogue in Latin advocating the Anglicisation of Ireland from the 13,000-acre estate he had been granted in North Kerry.

Sir George Carew, the English commander in Munster and Hugh O’Neill’s nemesis at Kinsale, took time out from advancing the conquest to translate the great Spanish epic of the conquest of Chile, Ercilla’s La Araucana, in Mallow Castle. The Papal legate Fr Nicholas Sanders went from writing books to dodging bullets. Armada survivor Captain Francisco de Cuellar left a rollicking account of his shipwreck and subsequent adventures as he travelled across Ireland.

What of the Irish themselves? All too often, Irish culture doesn’t fully come into focus in accounts of this period. Yet, Irish culture was notably dynamic at this time and writers in both Irish and, to a lesser extent, English, captured the drama and energy of the age. Irish alchemist, poet and historian, Richard Stanihurst, wrote a Chronicle history of Ireland in a colloquial vernacular that captures the vigour of the English of the Pale. His experimental translation of Virgil’s Aeneid anticipates Joyce’s disruptive way with language.

But all too often, literature in Irish gets left out of the account. The culture of early modern Ireland is narrated as though Ireland were already English-speaking. We rely largely on accounts of the English – in the State Papers as well as in literature – for the story of the country and its inhabitants.

Poetry was not just a recreational aside from politics; it was politics

Inevitably, that is a partial and distorted account. The victors may write history but they do not – and cannot – write the full story. Irish sources for the period do survive. The dominance of English - and the language shift from Irish to English, that is one of the most dramatic consequences of the conquest - means they are more difficult to access than English sources. In fact, schools of Gaelic medicine, law and poetry flourished and manuscript culture prospered. Most remarkably, the lords of the Gaelic and the (largely Gaelicised) Old English aristocracy all patronised poetry: almost every lord had an ollamh or chief poet who served as a counsellor and adviser. Poetry was not just a recreational aside from politics; it was politics.

The challenge for scholars is to capture the full complexity of Irish society in this period, in a way that includes the various ethnicities (Gaelic, Old English, New English, but also French, Spanish, Italian, Dutch), languages (Irish, English, Latin, Spanish, Italian) and cultural traditions active on the island. The MACMORRIS project seeks to do exactly that by reassembling the full cast list of cultural players, across languages and cultures, active in early modern Ireland. The project aims to provide an annotated, interactive map of all cultural players – poets, pamphleteers, administrators, chroniclers, catechists, controversialists, theologians, translators, messengers interpreters, inventors, innovators, patrons and members of the aois ealadhan (the learned classes) – operating in Ireland from roughly 1541 to 1620.

MACMORRIS is an acronym for Mapping Actors and Contexts: Modelling Research in Renaissance Ireland in the Sixteenth and Seventeenth Century. It is a radically new digital-humanities project precisely because it sets out to map for the very first time the full range and richness of cultural activity in the time of change, conflict and innovation that transformed Ireland.

This project will provide an inclusive account of creative, scholarly and intellectual activity in Ireland in the period. It will extend, unify and redefine our understanding of 16th and 17th century Ireland and will finally provide an accurate understanding of Ireland’s place in the European Renaissance, as well as in the wider global networks of an emerging modernity. It will provide a research engine for a newly interdisciplinary and multilingual engagement with a period in history that was at once traumatic and dynamic – and one which shaped Ireland right down to the present.

Professor Patricia Palmer will discuss her research and the MACMORRIS project at an Inaugural Lecture on Thursday May 9th at 6.30pm in JH4, Maynooth University. Admission is free.

Professor Patricia Palmer is a professor in the Department of English at Maynooth University. She is an Irish Research Council’s 2019 Advanced Laureate Awards Programme awardee