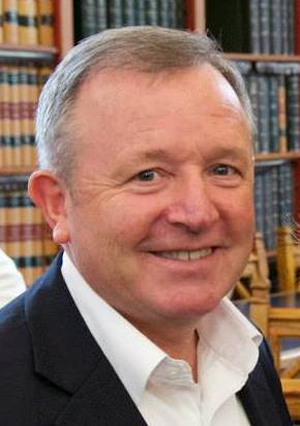 Opinion: a huge body of research provides clear evidence of the significant threats to children's health from wifi routers and cellular masts

The past 15 years have seen the proliferation of near-field microwave radio frequency radiation devices in the home, school and society. But far-field radio frequency radiation from wifi routers and 2G, 3G, 4G and 5G cellular telecommunications antennae also pose significant risks. The cumulative body of research, which includes scientific findings from laboratory experiments and epidemiological studies, provides clear evidence of the threats to children’s health and well-being. In light of this, the American Academy of Pediatrics (AAP) issued specific recommendations to reduce wireless and cell phone exposure to children in order to mitigate the risk of ill-health.

But this may not be sufficient given the findings of several recent studies. The telecommunications industry and the Big Tech sector, related industry associations, regulators on both sides of the Atlantic, and standards bodies such as the Institute of Electrical and Electronics Engineers (IEEE), and the International Commission on Non-ionizing Radiation Protection (ICNIRP), focus exclusively on providing safety standards for the thermal effects of RFR. They effectively ignore or deny the existence of non-thermal effects.

From RTÉ Archives, Carole Coleman reports for RTÉ News in 1998 about the health implications of living next to a mobile phone mast

In 1976, the US Naval Medical Research Institute published a bibliography of more than 3,700 scientific papers on the thermal and non-thermal biological effects of radio frequency radiation. The body of scientific evidence has grown exponentially since. It is interesting to find that independent scientific studies are two and a half times more likely to find evidence of biological effects and health risks than industry-funded studies. They also have greater scientific validity. Furthermore, Dr Henry Lai from the University of Washington reports that studies conducted between 1990 and 2017 find significant effects of health risks such as DNA damage (64%), neurological effects (72%), and oxidative stress (90%).

Thus, the weight of objective scientific evidence has always indicated significant risks to human health—these risks are magnified significantly where children are concerned. The problem is that because of the commercial and economic value of wireless technology (est. > $2 trillion) and the risk of litigation, the industry "captured" regulatory agencies, engaged in disinformation and manipulated the press and was responsible for the institutional corruption of scientists, their universities, and governments.

The net result is that humans are unknowingly exposed to health risks that governments should have prevented in the first place. The economic stakes and related health risks have risen significantly with the emergence of 5G.

In 2018, the criterion of causation where brain and heart tumours are concerned, was clearly and unambiguously met when the final report of a 10-year $30m comprehensive study by the US National Institute of Environmental Health Sciences’ National Toxicology Program (NTP) was released. This study confirmed that RFR from Smartphones caused cancer in animals and this is just the latest in a long line of experimental research studies to confirm this link. That is the "clear evidence" that the EU’s Scientific Committee on Emerging and Newly Identified Health Risks (SCENIHR) had called for in its 2015 Opinion "to clarify the remaining uncertainties."

But despite increasing evidence that radio frequency radiation is as toxic as lead or tobacco smoke, regulators have not budged from the thermal view. While health and safety regulations have long banned lead from children’s toys and furniture, even from digital devices, children widely use radio frequency radiation-enabled digital devices, which are more than possible carcinogens. This seems wholly illogical.

From RTÉ Radio 1's Ray D'Arcy Show, an interview with Joseph Perkins, inventor of Wireless Armour which he claims protects from wireless radiation from phone, laptops and tablets

How then are children extremely vulnerable to radio frequency radiation? Electromagnetic fields (EMF) such as radio frequency radiation are an energy source and the thermal mechanism within results in the heating of human flesh, dependent on the power of the source and the distance from it. Given that most RFR devices operate at levels in breach of existing standards and devices are generally operated by children in breach of the health and safety provisions, children are at greater risk of both thermal effects and non-thermal effects, especially as their bodies are immature and growing.

The human body is bioelectromagnetic in form and function, as electrical and electromagnetic fields are produced by living cells and tissues. If, for example, a person presents with neurological or cardiac issues to a doctor, then the physician will conduct an electroencephalogram (EEG) or an electrocardiogram (ECG) for an initial diagnosis. Thus, the human brain and heart are clearly electrosensitive organs due to the fact that cells are electrochemical in function.

There is a significant body of scientific research which demonstrates causality in non-thermal radio frequency radiation effects, in that exposure to relatively low-levels of radio frequency radiation from near-and far-fields trigger calcium ion efflux/influx, via voltage-gated calcium channel (VGCC) activation. This non-thermal effect or mechanism in turn leads to the production of reactive oxygen species in cells and a reduction in antioxidants, such as melatonin.

As is always the case with adult misconduct, the losers are the current generation of children

Usually, this imbalance results in an increase in the probability that a person will develop cancers and other chronic conditions and this explains the findings of extant scientific experiments and epidemiological studies. Specifically, such research demonstrates the presence of non-thermal-related mechanisms that increase the risks of DNA strand breaks, chromosome aberrations, immune system malfunction, and impaired cardiac and neurological functioning. In terms of the latter, reported neuropsychiatric effects are sleep disturbance or insomnia, headache, depression, fatigue, dysesthesia, attention dysfunction, memory changes, dizziness, irritability, loss of appetite and body weight, restlessness and anxiety, nausea, and in extreme cases skin-burning tingling and EEG changes. Interestingly, many of these effects were identified in the 1976 report published by the US Naval Medical Research Institute.

READ: should we be worried about radiation from 5G networks?

In summary, children are at growing risk of present and future ill-health due to weak governments, captured government departments and agencies, corrupt institutions, a compliant press and unethical or ignorant academics. As with tobacco smoking and climate change, the scientific evidence has existed for some time and is growing by the year. The problem is that industry are winning the battle for hearts and minds by war-gaming academics, corrupting governments, manipulating the press, and leading the public by the nose. As is always the case with adult misconduct, the losers are the current generation of children.

Professor Tom Butler is Professor of Information Systems, specialising in Semantic & Regulatory Technologies, and Principal Investigator at GR3C at UCC. He is a former Irish Research Council awardee.