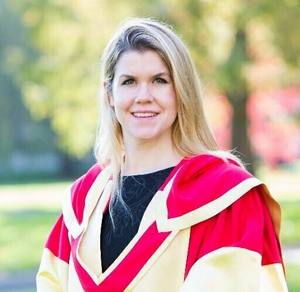 Opinion: Islamic finance has potential opportunities for the Irish financial services sector, but legislative changes are needed to make it work here

In 2015, the Irish Government declared Islamic finance to be a sector of opportunities for Ireland’s financial services sector. This enthusiasm was not unreasonable. While Ireland’s Muslim population of just over 63,000 people in 2016 is comparatively small, this number reflects a growth of nearly 30 percent in just five years.

At the same time, the Islamic finance industry has seen consistent growth in size since its contemporary re-emergence in rural Egypt in the 1960s. In order to tap into this growth, Irish authorities have voiced their support for Islamic finance. In 2010, for example, then Minister of Finance Brian Lenihan suggested that "it is important that we be in a position to attract this new type of investment into Ireland". Reflecting this, changes have been made to Ireland’s existing laws to encourage Islamic finance transactions within the economy.

Islamic finance is sometimes referred to as "interest-free banking", but this description is too simplistic

But Ireland is not the first western country to express an interest in encouraging Islamic finance domestically - nor is it the first to consider the impact that existing tax and other laws may have on Islamic finance transactions and their participants. The UK, for example, has implemented a comprehensive approach of accommodating Islamic finance activities within its existing legal framework and has sought to establish the UK as a centre for Islamic finance. It has, however, done so without favouring such activity and UK authorities have worked to create a "level playing field" between Islamic finance products and services and their non-Islamic, conventional alternatives.

What is Islamic finance?

Islamic finance is sometimes referred to as "interest-free banking", but this description is too simplistic. Islamic law attaches religious significance to many aspects of a Muslim’s life. Reflecting this, the Islamic finance industry encompasses products and services that have been structured to adhere to the financial principles of that law.

Principles of Islamic law come from four main sources. Primary among these are the Qur’an (the holy book of Islam) and the Sunnah (the sayings, actions and tacit approvals of the Prophet Mohammed). Secondary sources are used to determine principles of Islamic law where the primary sources are not explicit, and comprise ijma’ (consensus of legal scholars) and qiyas (analogy). From these sources, four fundamental principles applicable to financial activity have been derived: the prohibition of riba (unjustified gain, which in this context is often interpreted as interest), the avoidance of maysir (gambling and speculation), the need to limit gharar (risk and uncertainty) and the unlawfulness of haram (forbidden) activities.

As a result, the industry has developed alternatives to conventional mortgages, insurance and bonds (to name just a few). Such products do not violate principles of Islamic law and so do not involve the payment of interest, speculation, uncertainty or excessive involvement in haram activities.

How does Islamic finance fit within Ireland’s legal framework?

In countries where existing laws have not been designed or modified to accommodate Islamic finance activity, the resulting transactions may be regulated and taxed based on their legal and contractual form, rather than on their economic substance. As a result, some Islamic finance transactions may be regulated or taxed differently from economically similar conventional finance products.

In October 2009, the Irish Revenue Commissioners published a Tax Briefing which clarified the taxation of several Islamic finance products, without amending any provisions of Irish law. Instead, it confirmed that three Islamic finance products – takaful (Islamic insurance), ijarah (Islamic leasing) and Islamic investment funds - would be taxed just like conventional insurance, leasing and investment funds, respectively.

As the global Islamic finance industry matures and diversifies, increasingly innovative products (such as those focusing on green and sustainable Islamic finance) are now being developed. Within Ireland, however, Islamic finance has been slower to grow, with only hints at a domestic wholesale and retail market. In practice, there remain gaps in the relevant tax regime and a lack of clarity with respect to the regulation of Islamic finance products and institutions under Irish law. As the Irish Islamic finance market develops, further legislative changes are likely to be needed.

Dr Edana Richardson is a Lecturer in Law who lectures in Islamic finance law, company law and mooting at undergraduate and postgraduate levels at Maynooth University. She is a former Irish Research Council awardee