Analysis: just how did "Danny Boy" became a song loved and hated in equal measures?

A song loved and hated in equal measures, "Danny Boy" nonetheless is one that persists 106 years after its unveiling.  This year’s now almost annual feature on Danny-Boy-related topics from Irish Central recounts how a leading business figure from Northern Ireland and owner of the Danny Boy travel company visited Foley’s Irish pub in New York City to cajole the proprietor into withdrawing their ban on performing the over-exposed song. The article closes with the following video, one that many people circulate with glee at this time of the year

This rendition of the song by the Leprechaun Brothers, aka The Muppets, is the perfect parody of a song that has become associated for many with mawkish sentimentality and affective excessiveness, not to mention drunken debauchery around St. Patrick’s Day  But for some, it has deeply-felt significance and real emotional purchase, especially for those of Irish ethnicity in the United States. Think of the rendition of "Danny Boy" at Senator John McCain’s funeral. So how did this song come to have such associations?

Considerable scholarship has been performed on "Danny Boy’, from A.G Gilchrist in 1934 to narrative song expert Hugh Shields in 1974, and more recently Michael Robinson in The Standing Stone. The melody, known most commonly as the "Derry Air" or the "Londonderry Air", was purportedly sourced from a Jane Ross of Limavady, Co Derry, according to antiquarian George Petrie who published the air in his 1855 publication, The Ancient Music of Ireland.

The story goes that Ross apparently heard it from a local fiddler player. The sheet music of the air was sent from the United States to the English writer, lyricist and lawyer Frederic Weatherly by his sister. He recalled that "It so happened that I had written in March of 1910 a song called "Danny Boy" with a different melody in mind" and then had re-written it in 1911 so that "by lucky chance, it only required a few alterations to make it fit that beautiful melody."

There has been much debate about the provenance of the melody and whether it was as authentically Irish as the harp airs collected by 19 year old Edward Bunting from harpers at the Belfast Harp Festival of 1792.  These tunes were later published in a series of collections that were then mined by poet and lyricist Thomas Moore, who subsequently transformed the airs into international song hits (Moore's Melodies).

Moore’s "The Minstrel Boy" is perhaps the truest counterpart to "Danny Boy" in terms of its place in Irish-American culture, especially amongst the police, fire brigade and armed forces. Is it a case of an ancient Irish melody finding modern expression with new lyrics? Some scholars suggest the melody is a composite, a particular iteration from a family of tunes, while others insist a much more modern provenance, judged on the basis of its melodic contour which does not seem to follow more typical Irish song air structure.

Regardless, the "Danny Boy" we know (and love/hate) today was composed in 1913 and recorded by the Czech-born, German-American singer Ernestine Schumann-Heink in 1915 (this version is the 1929 electric recording). The song became a huge hit amongst those serving in the British army in the First World War when performed by the English opera singer Elsie Griffin. For soldiers and their families, "Danny Boy" seemed to capture the essence of the human condition of leaving and being left behind.

From RTÉ Archives, a RTÉ News report on the 1985 homecoming for World Featherweight Boxing Champion Barry McGuigan with his father singing"Danny Boy"

That blend of an "original" Irish melody, alongside cosmopolitan lyrics, brought to life in polished performances by stars of the day, resulted in it being sung, in Weatherly’s own words, "all over the world by Sinn Féiners and Ulstermen alike, by English as well as Irish, in America as well". There is no doubt that "Danny Boy" has become one of the songs most associated with St. Patrick’s Day, in the United States in particular when, as Reginald Byron notes in his 1999 book Irish America, everybody is given permission to be Irish for the day.

There must be something to the song given that ‘Danny Boy’ has been recorded by a sizeable number of artists from the popular and folk music world in both song and instrumental form. From Bing Crosby, Elvis, Eva Cassidy, the Celtic Women and Tom Jones to Daniel O’Donnell, Sinead O’Connor, Mario Lanza, Johnny Cash, Eric Clapton, Bill Evans and De Dannan, "Danny Boy’ continues to draw the interests of top performers and recording artists.

Whatever one feels about the use of the song to perform real or imagined ethnic or even stereotyped Irish identities, it is worth listening to different renditions of the song. When you strip away all the meaning that has accrued around it, the song does, in the end, capture something special. It is an unbridled expression of sentimentality and nostalgia, but also one that speaks to love, loss, and hope. Those dimensions can be parodied, as the Muppets have done so brilliantly, but they also need to be acknowledged and understood as being deeply meaningful, individually and collectively, to so many people. 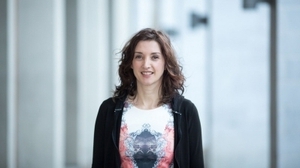 Dr. Aileen Dillane is a lecturer in Music and Course Director of the MA in Irish Music Studies at the Irish World Academy of Music and Dance at University of Limerick,