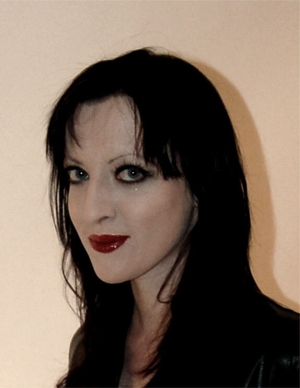 Opinion: what do the myths and legends have to say about St Patrick's relationship with feminism?

There was much interest recently in the idea that St Patrick might have had a wife, Sheelagh, and that her feast day was the day after his on March 18th. The "feminist angle" was exulted by some and seen to reflect the balance between male and female in the cosmic order. But what of the St Patrick we find in mythology?

As a "folk hero", St Patrick is the one who single-handedly converted the whole Irish population to Christianity. In legends, he did this by destroying Paganism: interestingly, many of the "monsters" he battles may well be Goddess figures. For instance, after climbing Croagh Patrick in Co. Mayo, the saint kneels down to pray and is attacked by a black bird. In some versions of the legend, St Patrick throws his bell at the bird and, in doing so, banishes her so that she cannot return to the mountain.

A common motif in Irish mythology is the shape-shifting of the War-Goddess, the Mórrígan, into the form of Badb Catha, the crow or raven of battle. Badb is also the name of another goddess who can shapeshift into a crow and forms part of the trio of war-goddesses called the Mórrigna, along with Mórrígan and Macha. Mórrígan, or "Great Queen," is a sovereignty goddess who presides over a certain territory and protects its people.

From RTÉ Radio 1's Documentary On One, 40 days and 40 nights on The Reek profiles Chris Doris who spent that period camped out on top of Croagh Patrick

While the Mórrígan is not described as engaging in combat herself, she rather affects armies psychologically by way of her fearsome appearance and filling them with fury. The goddess is also attributed with powers of spellcasting and prophesy. In the Old Irish text popularly known as St Patrick’s Breastplate, we are reminded that there are warnings about the "spells of women, and of smiths, and of Druids".

The older indigenous names for Croagh Patrick mountain may be lost, but it was named for the saint, "St Patrick’s Cone", and became one of the largest Catholic pilgrimage sites. The mountain has many sacred associations and traditions that hint at its Pagan significance as a place connected with fertility, particularly the cairn near "St Patrick’s Bed" which at one time was visited by barren women. Childless women would sleep here on the harvest festival, Lughnasagh Eve, in the hopes of becoming pregnant. Could this confrontation between the saint and a black bird at the ancient sacred mountain be understood as the incoming patriarchal religion of Christianity superseding the native Paganism with its goddess-worship?

The familiar story of St Patrick ridding the country of snakes may also symbolise Pagan deities and one of the "serpents" that he is supposed to have defeated is the female Caoránach or Keeronagh. In some accounts, the saint is described as pursuing this creature or "mother of devils" from Croagh Patrick as far as Lough Derg in Co Donegal. Again, the interruption to his prayers and "attack" at this site in particular likely has a connection to the mountain’s prominence in the Pagan religion. The struggle continues at Lough Derg where the Caoránach is stabbed by the saint upon which she enters the lake, making the water turn red with her blood and giving it its name, "dearg" or "red lake".

From RTÉ Archives, a RTÉ News report by Tommie Gorman on Lough Derg pilgrimages in 1986

Significantly, the site of Lough Derg with its sacred cave becomes the location for St Patrick’s vision of heaven and hell and the re-naming of the cave as "St Patrick’s Purgatory" and the subsequent Catholic pilgrimage tradition at the site. It is worth mentioning that various female deities are connected to caves as they are understood as entrances to the chthonic realm or mythological underworld. The Morrígan, for example, is followed into the Otherworld by a woman named Odras via the cave of Cruachan (Rathcroghan, Co Roscommon).

Many other areas of water in Ireland have associations with female agencies, especially goddesses. The longest river, the Shannon, is named for Sionnan, a member of the mythical people the Tuatha Dé Danann or "the people of the Goddess Anú". In the Early Irish text, Dindsenchas (modern Irish Dindshenchas), we’re told that the Goddess Boann created the river Boyne.

Although her husband, Nechtan, forbade her to do so, the story goes that Boann approached the Well of Segais (also known as the Connla’s Well), which was surrounded by hazels and had a magical spell or ‘geis’ upon it. When some hazelnuts fell into the Well, they were eaten by the salmon which, as with the "Salmon of Wisdom", represent special knowledge in Irish mythology. Boann walks around the well clockwise or "sunwise" (deiseal, in Irish), an action still found today in folk magic and charming practices as well as in popular Catholic pilgrimage traditions or "patterns".

Whether Sheelagh is actual or mythic, she provides counterbalance to what could be read as the misogynistic quashing of the feminine by the famous holy man

When Boann did this, it caused the waters of the well to surge up and flow quickly down to the sea, creating the Boyne, sweeping her along with it and causing her to die in the waters and ultimately to become part of the spirit of the river. The association between goddesses and healing waters is found cross-culturally and in numerous indigenous religions. In Ireland, the Goddess Brigid has strong healing and fertility associations and when Christianised as St Brigid, the figure maintains the connection with water through the proliferation of St Brigit’s wells around the country.

Water has the symbolism of birth and femininity for obvious reasons. Remarkably, waters were given a new religious significance in the early Christian context as places of baptism and we are familiar with the imagery of Jesus’ baptism by John the Baptist in the Jordan River. In Irish folklore, there are accounts of Druids and Pagan kings being baptised in rivers and wells. Legends are told of how water sprang up when the staff of a saint touched, or stuck into, the ground and this is given as the origin of holy wells. This kind of legend, for example, is attached to St Patrick’s Well, Co Roscommon.

Could this symbolic pattern relate to the displacement of the divine feminine and her power to that of the androcentric Christianity taking root in the country? St Patrick is synonymous with Christianity’s arrival in Ireland and his fights and antagonism toward the "creatures" he encounters could indeed be a symbolic representation of a new religious ideology – a patriarchal and monotheistic one – replacing the older one centred perhaps on the divine feminine which manifested in different goddesses and female spiritual beings. Whether the figure of Sheelagh is actual or mythic, St Patrick’s wife provides some counterbalance to what could be read as the misogynistic quashing of the divine feminine by the famous holy man, Patrick.

Dr Jenny Butler is a lecturer in the Study of Religions Department at UCC. She is a former Irish Research Council awardee.