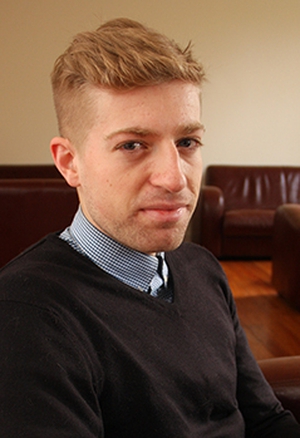 Analysis: the International Monetary Fund's economic surveillance is designed to reduce disruption from a potential or actual financial crisis

Most people here in Ireland are probably familiar with the International Monetary Fund's ability to act as the international lender of last resort. After a spectacular economic collapse during the global financial crisis, the Irish government began drawing on IMF credit to alleviate the burden on the exchequer. The politically charged nature of this and other "bailouts" usually leads to the public associating the IMF with lending and conditionality arrangements. However, this is not the only function the organisation performs. In fact, the IMF was actually created to ensure that financial crises such as these do not occur in the first place.

Founded at the Bretton Woods conference in 1944, the IMF was designed primarily to oversee compliance with the international system of fixed exchange rates that was envisioned for the post-war era. Essentially, the Washington based organisation was created to oversee stability in the global economy. Although this exchange rate system has long since collapsed, the IMF has both survived and grown substantially. While its lending is often used to reduce the disruption of potential or actual financial crises, IMF surveillance, as the monitoring operation is known, is the first line of defence against these shocks.

What is economic surveillance

Bilateral surveillance by international organisations is an exercise in economic policy analysis. A team of economists is dispatched from the IMF to visit the country being surveyed. They meet with members of the government’s various departments, the central bank, trade unions, business leaders, and other important stakeholders in the economy. These meetings are dialogues on policy, rather than the IMF dictating policy. Strengths and weaknesses in the economy are assessed, forecasts are estimated, and views are exchanged.

Following this, a report is produced by the staff, run by the executive board (country representatives within the IMF’s senior governance structure), edited to include their opinions, and then finally released to the public. Unlike in IMF lending, surveillance does not involve money changing hands or binding agreements being formalised.

It probably won’t be surprising to hear that the IMF is a data-driven institution. During meetings with its members, the IMF collects, collates, and runs analyses on a broad range of economic data. In some cases, it demands that member governments begin collecting certain data. In Ireland for example, one of the IMF’s repeated requests has been for data that accurately filters the effects of multinational corporations from GDP calculations. When available, most of these data are then made accessible to the public through the IMF’s website.

From RTÉ Radio 1's Ryan Tubridy Show, an interview with the Head of the IMF, Christine Lagarde

But why is their focus on data important for us? Amongst many other reasons, we can make more accurate, objective assessments of an economy with more data. With more accurate economic assessments, governments can be held more accountable for their economic policies. Additionally, there is a strong link between transparency and the price a government pays to borrow. All equal, efforts to promote this should result in cheaper financing costs for a government.

This data forms the building blocks for examining different areas of the economy. On the fiscal side, the fund’s staff analyse the government’s budgetary position over the coming years, identifying any weaknesses, inefficiencies, and how it might perform in the event of a financial shock. The regulatory environment is assessed, where areas such as financial supervision or insolvency procedures (think non-performing loans) are scrutinised. The exchange rate and monetary policies are studied, along with any other ‘macro-critical’ issues in the economy.

How to put manners on a government

While the government being surveyed has no obligation to follow any policy recommendations, the IMF uses a combination of peer and public pressure to influence its members. Peer pressure is exerted at the international level, where other representatives at the organisation are given opportunities to discuss the findings of the report. This is particularly important in the eurozone, where financial and economic linkages are strong between states.

From RTÉ Radio 1's The Business, the Sunday Business Post's Ian Guider on the fiscal stability (or otherwise) of Greece and how the IMF and others will and should respond

At a domestic level, public pressure is facilitated by the release of the report and the data itself. Opposition political parties, lobby groups, NGOs, and members of the public are effectively afforded access to expert knowledge and opinion on their economy by simply downloading a surveillance report. This is leverage over their government.

Unfortunately, these mechanisms do not always succeed in ensuring financial stability. Ireland illustrates this point well. While the country has been held up as a poster child in recent years for following IMF prescriptions, this was not always the case. From 2000 to 2006, both the IMF and OECD identified significant weaknesses in the Irish economy. Tellingly, rapid rises in property prices, credit growth to the private sector, labour market shortages and above average inflation were all highlighted as risk factors. While it is arguable that these organisations did not adequately communicate the extent of these risks, their surveillance procedures did at least identify them.

The need for effective economic surveillance by international organisations has been made painfully clear by the recent global financial crisis. Though far from perfect, it represents one of the few objective, informed, country-level economic assessments available to the public free of charge. It has the capacity to safeguard economic stability through promoting transparency, stimulating debate, fostering research and empowering domestic actors, but only if those actors are engaged. To realise its full potential, it necessitates being taken seriously by the very public it was designed to protect.

Dr. Elliott Jordan-Doak is a part-time lecturer and research analyst at the School of Law and Government at DCU